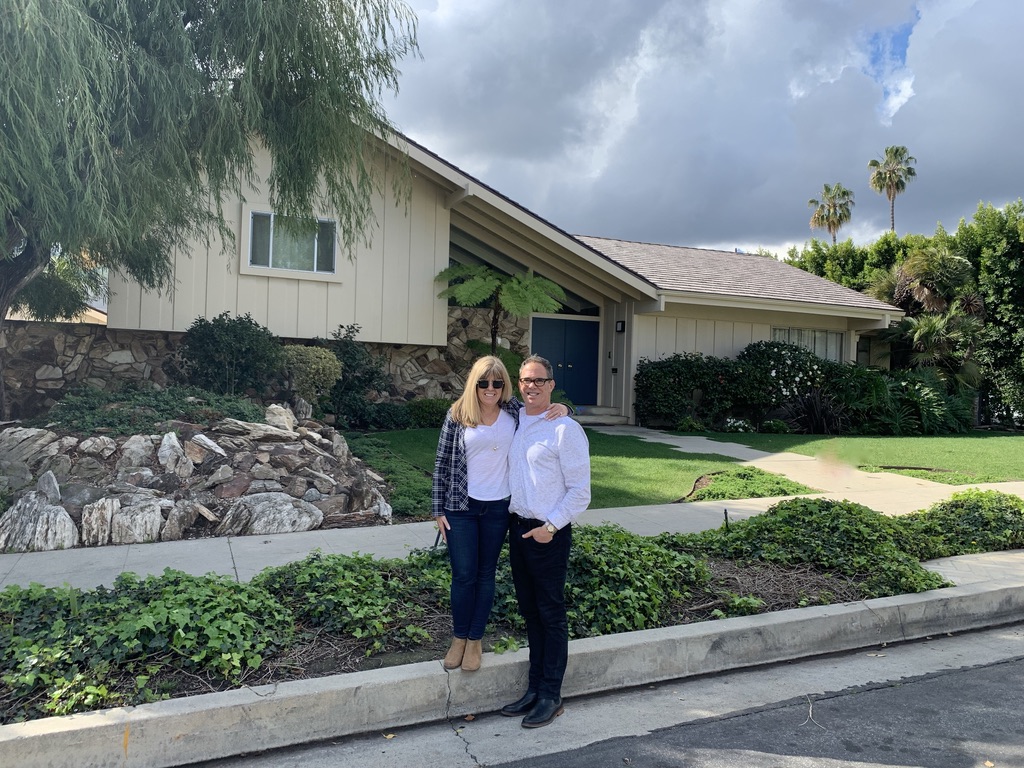 It’s no secret that I’m a huge Brady Bunch fan.  From the moment the first episode aired when I was 7 years old, I’ve been hooked.  I’ve never not liked it, never not watched it for the past 50 years.  I watched reruns after school when I was in high school.  I taped the entire series on the VCR when my kids were little and made them watch it in the mini van (remember Phoebe the lost Brady on Nickelodeon?).  Those tapes would probably be worth something now if they hadn’t been stolen out of our van in Chicago.  I was pretty bitter about that until friends bought me the boxed set of the entire series on DVD.  These days, I have the Brady Brunch on (4 back to back episodes on METV) every Sunday while puttering around the house.

What is it about Mike, Carol, Greg, Marcia, Peter, Jan, Bobby, Cindy & Alice?  Is it their groovy 1970’s house?  The life lessons taught in easy to manage 22 minute segments?  I’ve never even tried to articulate this before.  So I will give it a shot now.  It’s the way it makes me feel.  You know how the people you want around the most are the ones that make you feel good about yourself?  The Bradys make me feel good for many reasons. The first and most obvious is because they are flawed.  None of them are perfect.  The kids are average kids.  They are not the smartest, the most talented or the most popular.  The parents make mistakes.  They could be any of us, and somehow that is reassuring. 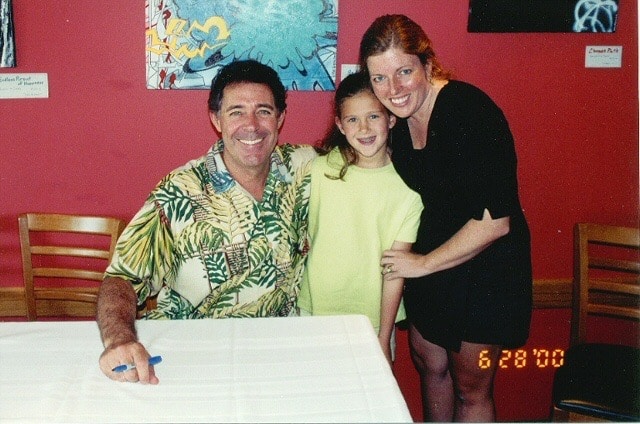 kirsten and me meeting barry williams, aka ‘greg brady’ aka ‘johnny bravo’ at the signing of his book, ‘growing up brady: i was a teenage greg’ in 2000.

Series creator Sherwood Schwartz had a way of creating enduring content (Gilligan’s Island, Brady Bunch) based on timeless situations.  Sure, the world and technology continue to change.  But many of life’s lessons are learned by getting along with people with vastly different views (7 stranded Castaways) and your own family, both by birth and by choice (the Bradys).  Who could forget Mike Brady’s lectures in his den?  Not me.

When you think of the beloved series, the house is every bit as much a main character as the people are.  Of course the interiors never matched the exterior.  Even as a kid I figured that out!  But it does now thanks to HGTV!  The groovy 1969 – 1974 eye candy is captivating, and the recent Very Brady Renovaton gave us all an up close look at the details.  The day before the current pandemic lockdowns changed life as we know it, Arlen and I had just landed in Los Angeles for his cousin’s wedding, and made a bee line right to 11222 Dilling St in Studio City, The Brady House.  It was smaller in person, especially the front yard, and the neighborhood was more modest than I had imagined.  Still, HGTV paid $3.5 million – nearly double the asking price of $1.88 million –  for reportedly the second most photographed house in the country (the first being the White House).  The house actually has very little back yard, backs up to the Los Angeles River (where they shot the ‘Thunder Road’ scene from the movie Grease) and now has the back side of a shopping center between it and the Hollywood Hills.  A guard sat in a parked car in the driveway and there were signs to not go on the front porch.  But that did not stop fans like me from posing for pics in the front yard. 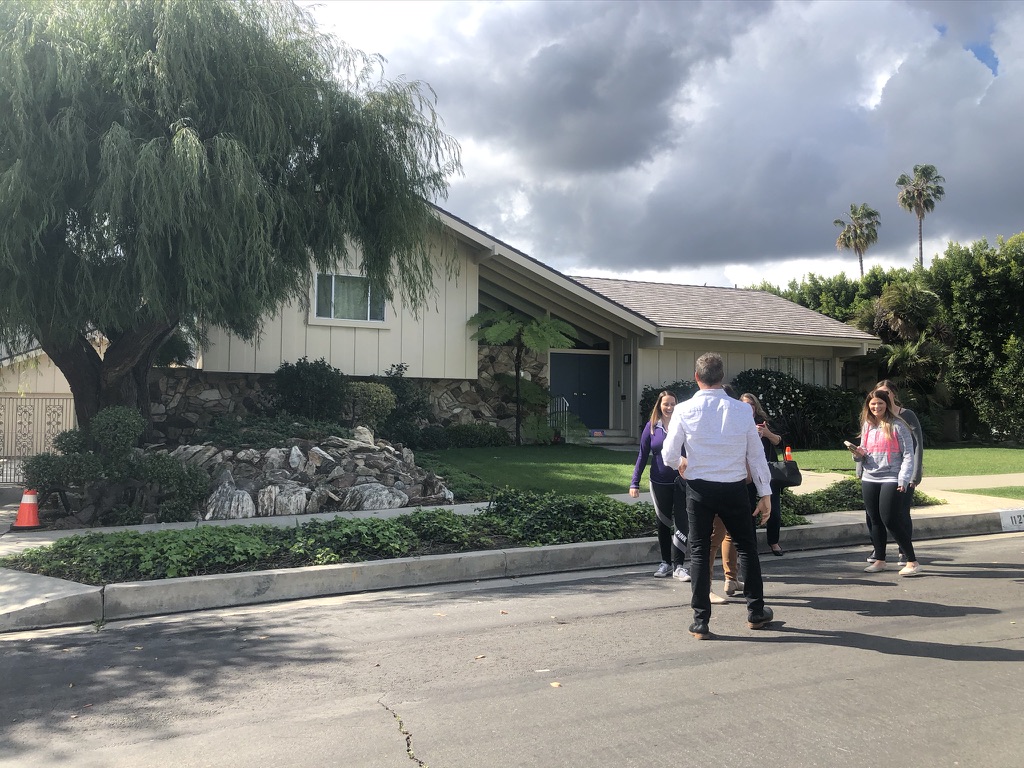 every. single. day. groups of wanna be bradys at reportedly the second most photographed house in the country.

In my head, i could hear the Brady music bites – the intros, outros, and other sound bits by academy award nominated composer Frank De Vol.  And it hit me – that is the soundtrack of happiness!  Of bliss.  Of childhood.  Of lessons learned, and family, and everything right with the world.  The soundtrack of problems being solved in less than 30 minutes.  Of tiki idols.  Of riding mules into the Grand Canyon.  Could that be why I still to this day LOVE the Bradys?  Why it feels good to have it on in the background when I am editing photos, or cleaning the kitchen, or working on the website?  Like one of those sweet smell memories that takes you back to your grandparents’ house, it is the  familiar sounds of innocence, and promise, and happy.  Is this how children of the ’70’s think?

So I did a little happy dance with the De Vol sounds in my head, imagined Alice making #porkchopsandapplesauce in the orange kitchen, and fancied myself a Brady on this hallowed ground.

here are a few pics of our visit and the neighborhood. 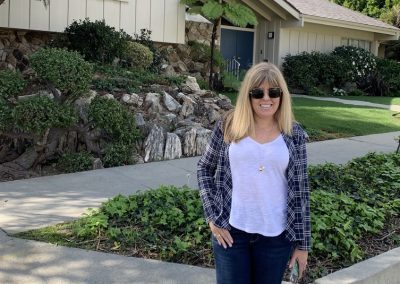 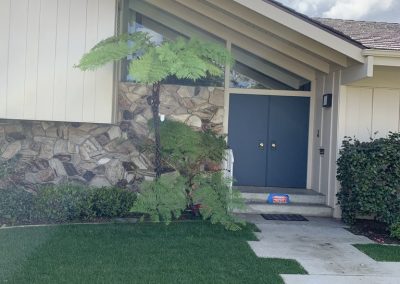 According to HGTV, they transplanted the mature palm by the front door from a neighbor’s house in the neighborhood, to match what was seen on the show. 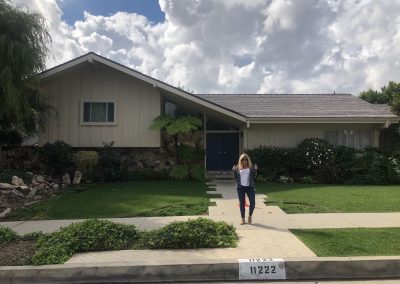 doug simpson just asked me out!

but ‘something suddenly came up,’ so i decided to go out with charlie instead! #ohmynose 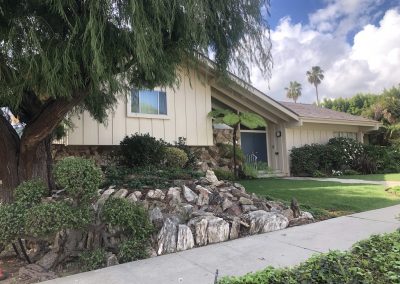 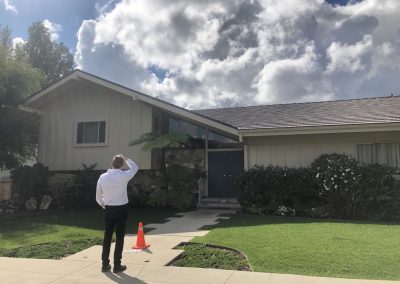 realtor arlen trying to figure out how there was enough space for greg to have a room in the attic? 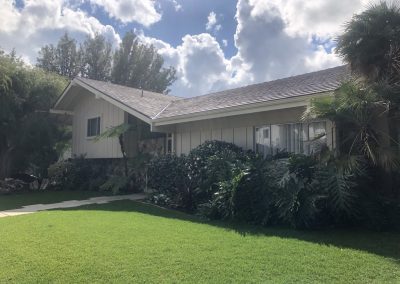 wouldn’t this landscape look stunning with oliver the tiki?

why play ball or teeter totter here in southern california when you could go to……..kings island?! 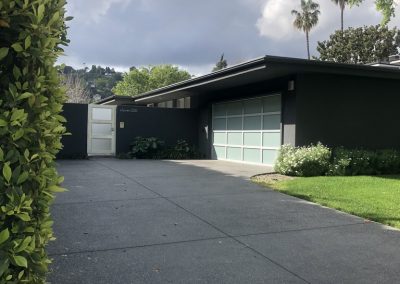 is this the ditmeier’s house? 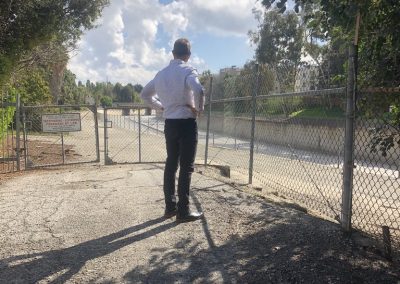 the los angeles ‘river’ that runs right behind the brady house. If you look close, you might see danny, sandy and kenickie! 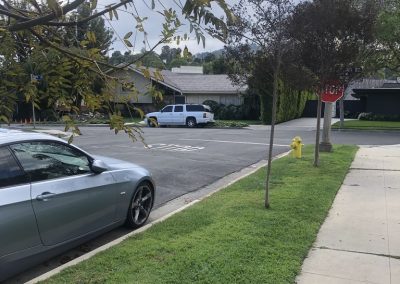 not quite the setting i imagined

and not another mike brady design in sight! in this image, you can see the back of the shopping center behind it popping up over the roofline. 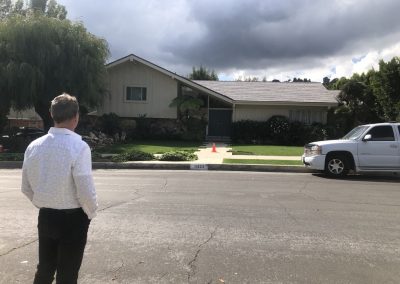 he can’t believe i dragged him here

at the very least, he was hoping for a marcia sighting!

← when it's time to change chapter 35: illumination →