another one bites the dust 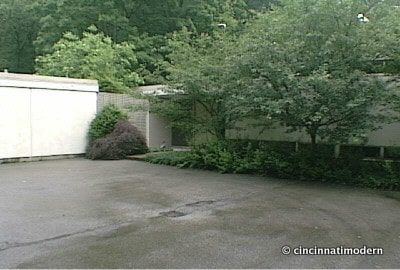 his is the only ‘before’ picture we have of the house. to the left (not shown in pic) is a 3 car carport. the portion to the right is the split level bedroom wing. 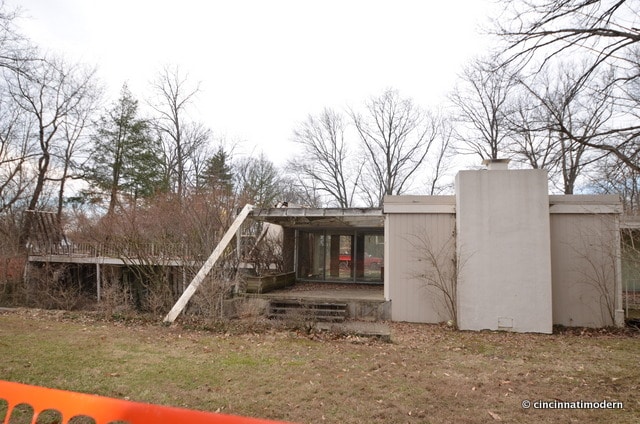 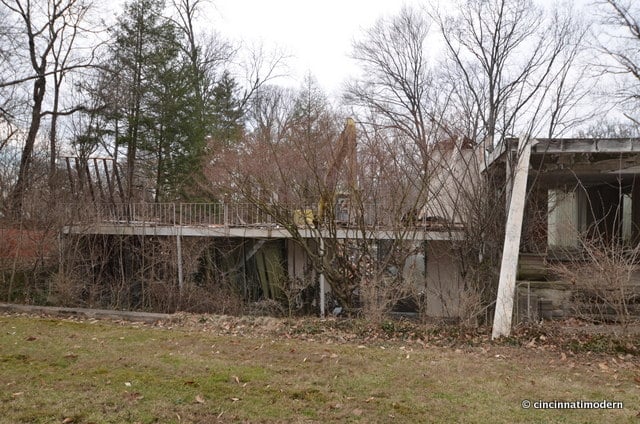 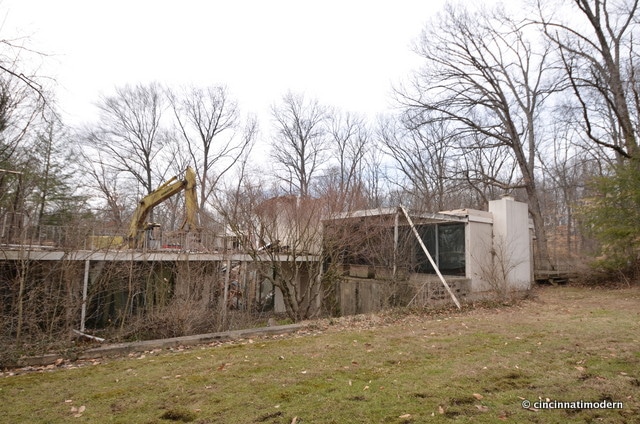 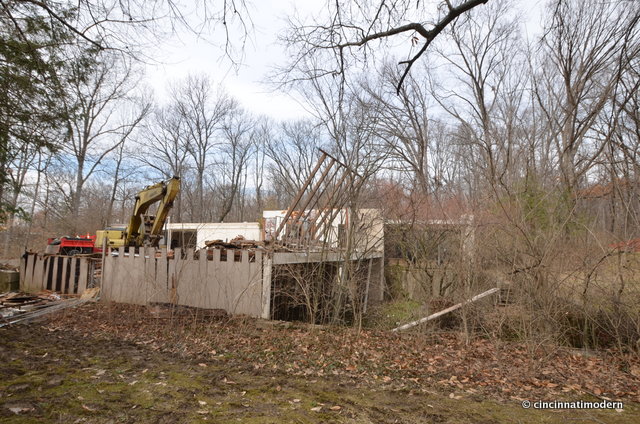 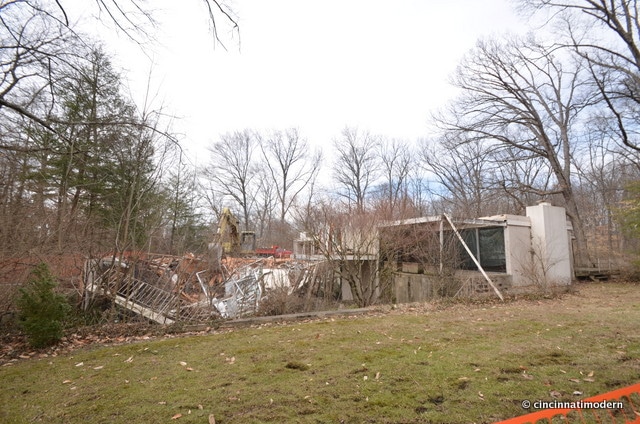 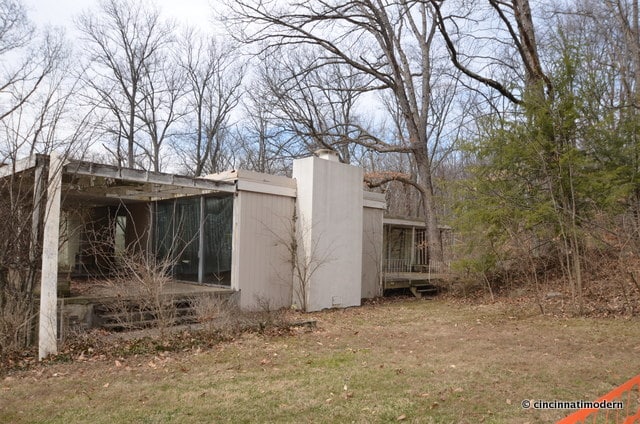 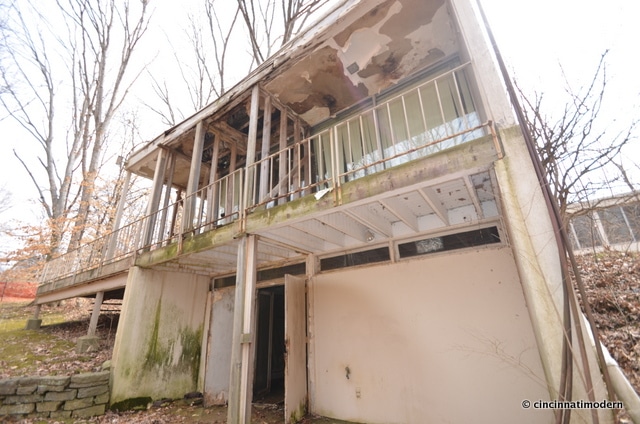 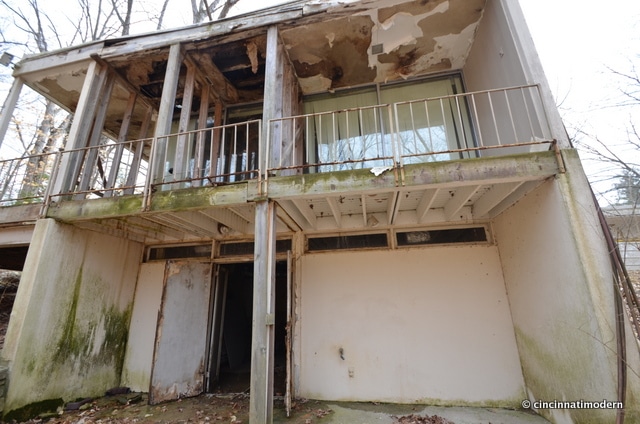 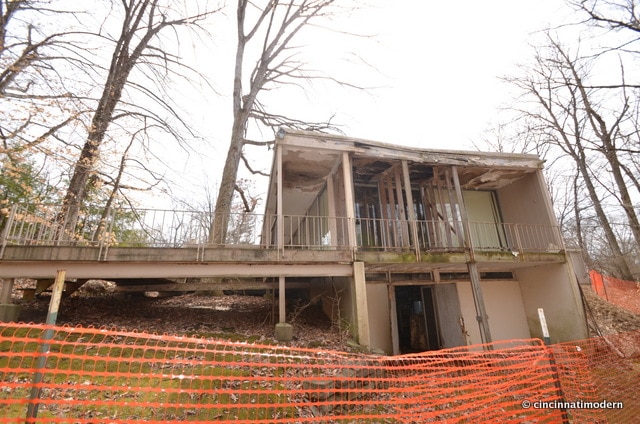 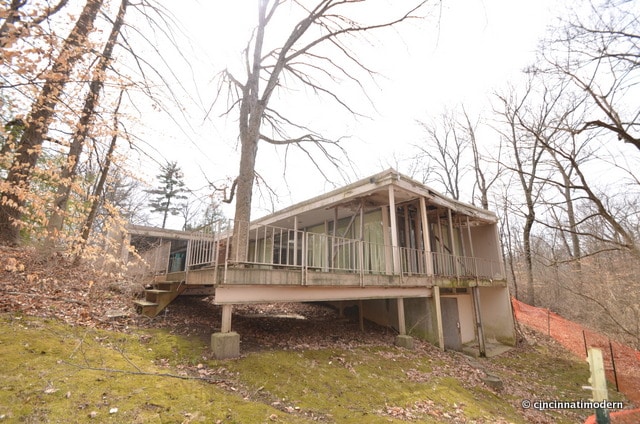 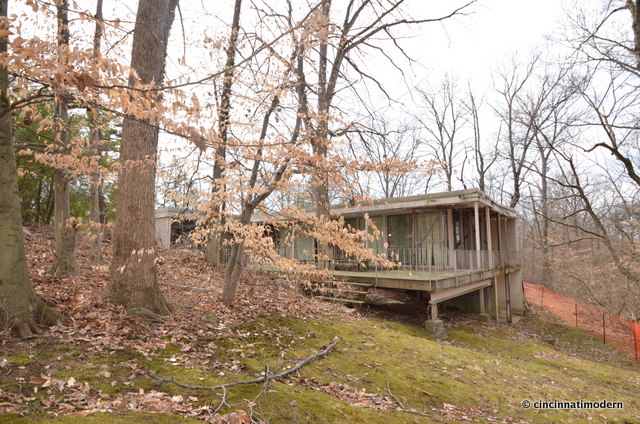 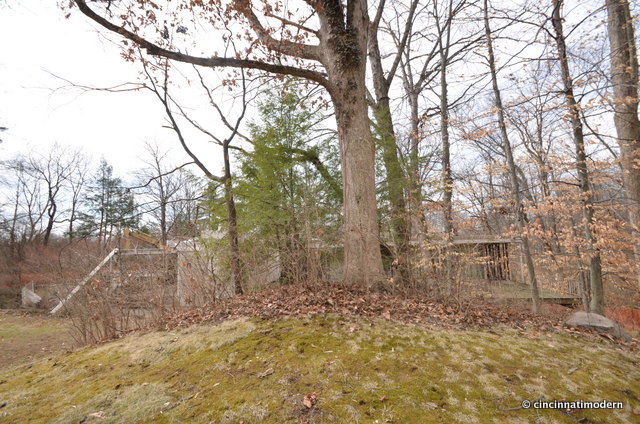 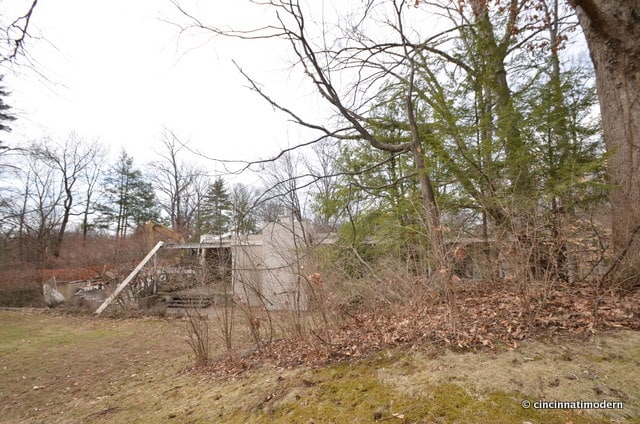 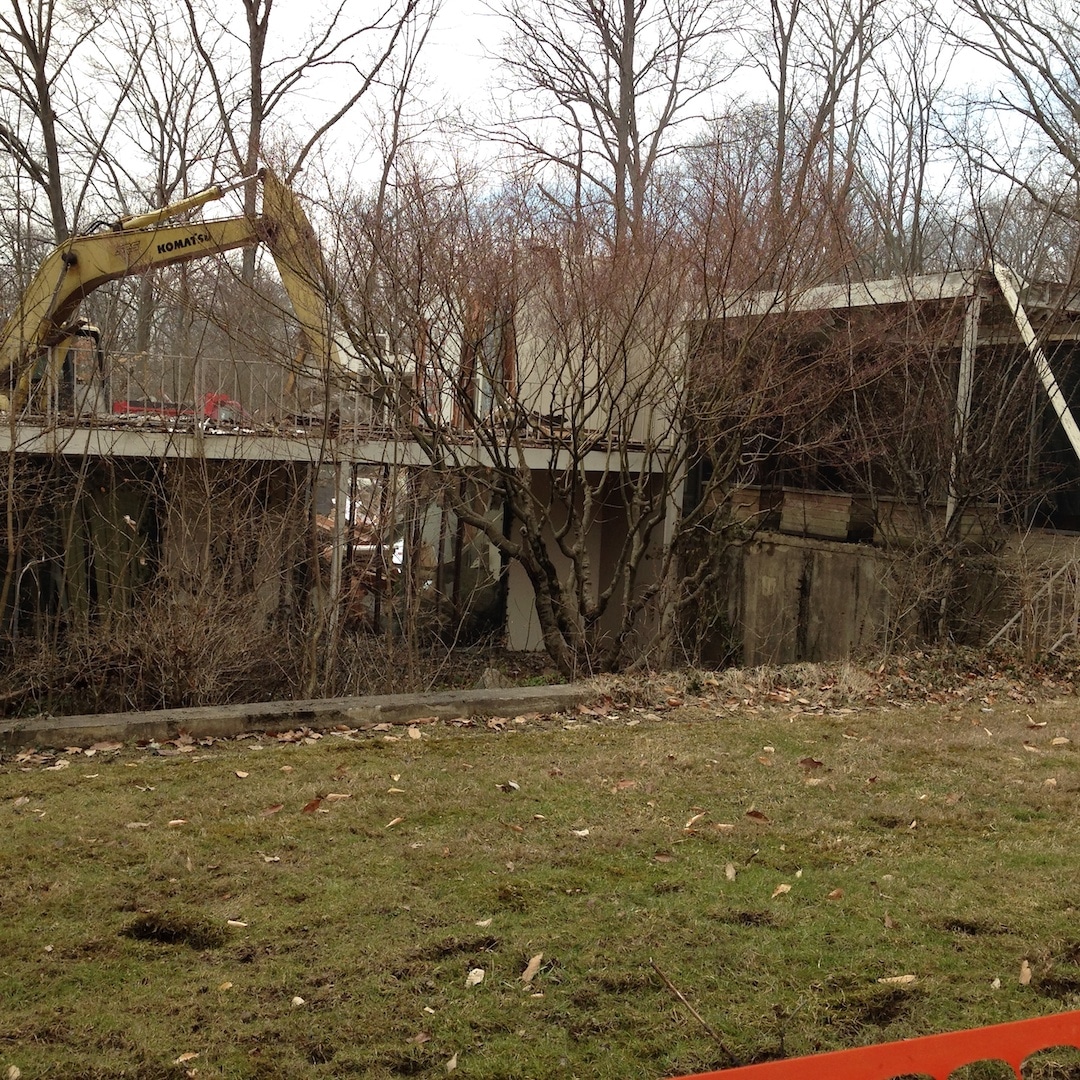 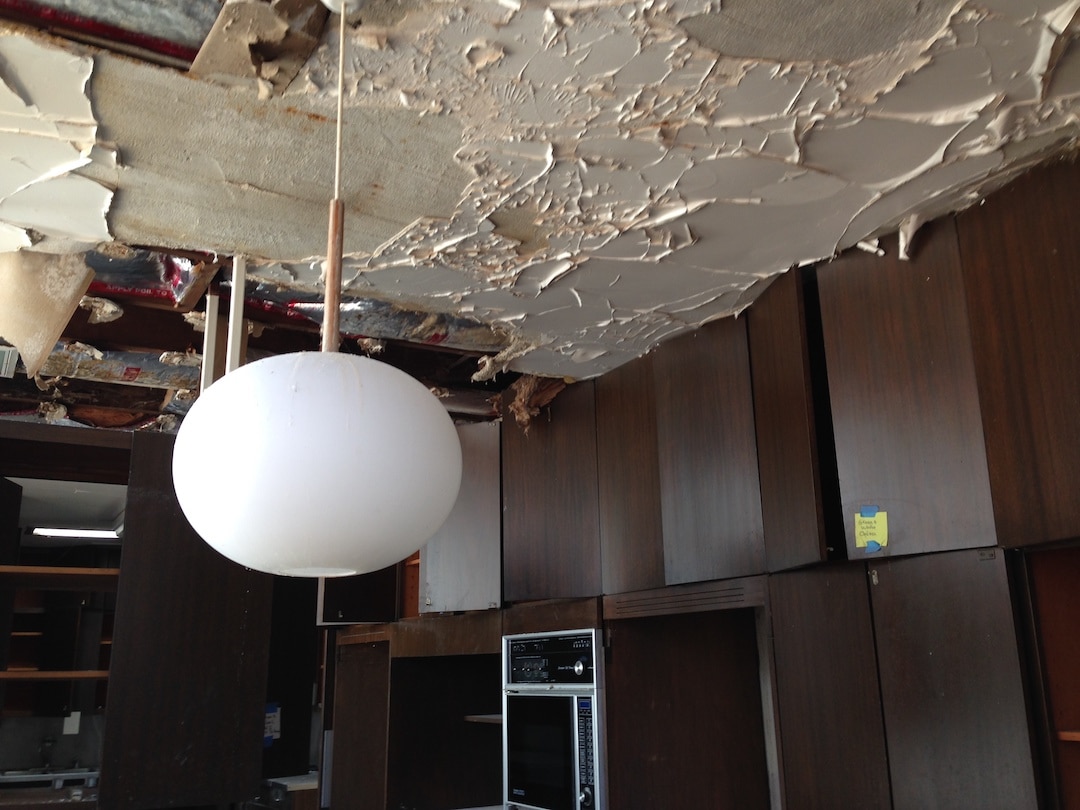 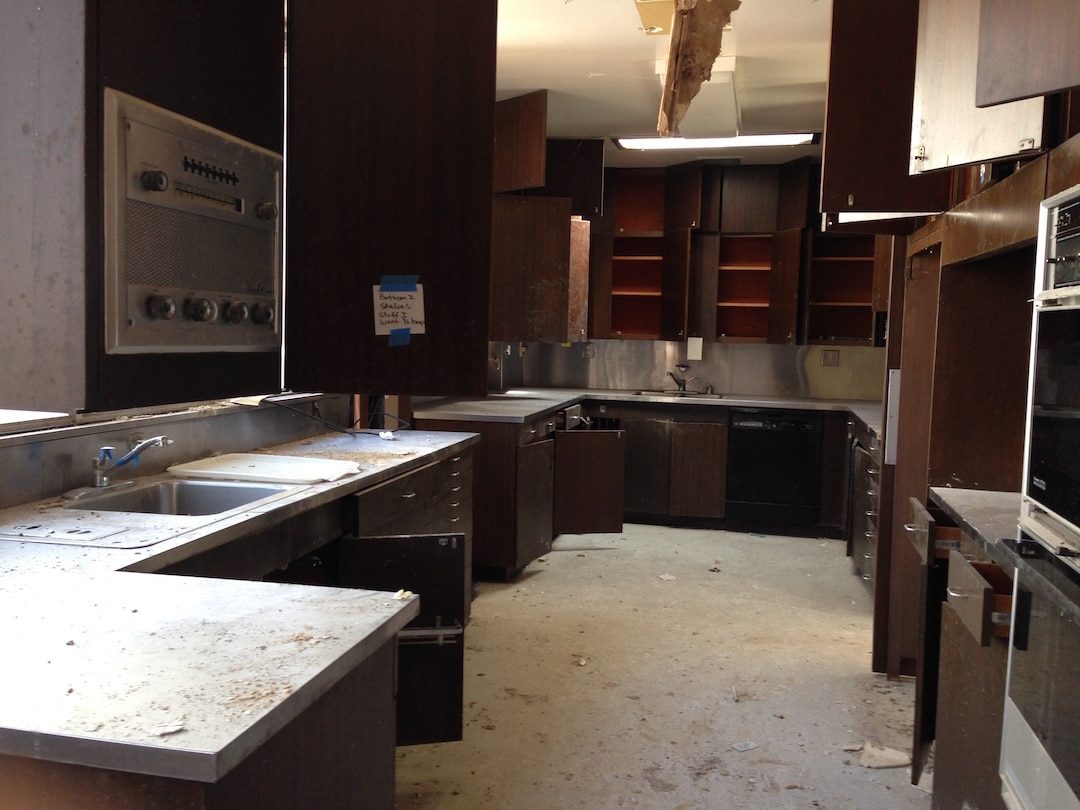 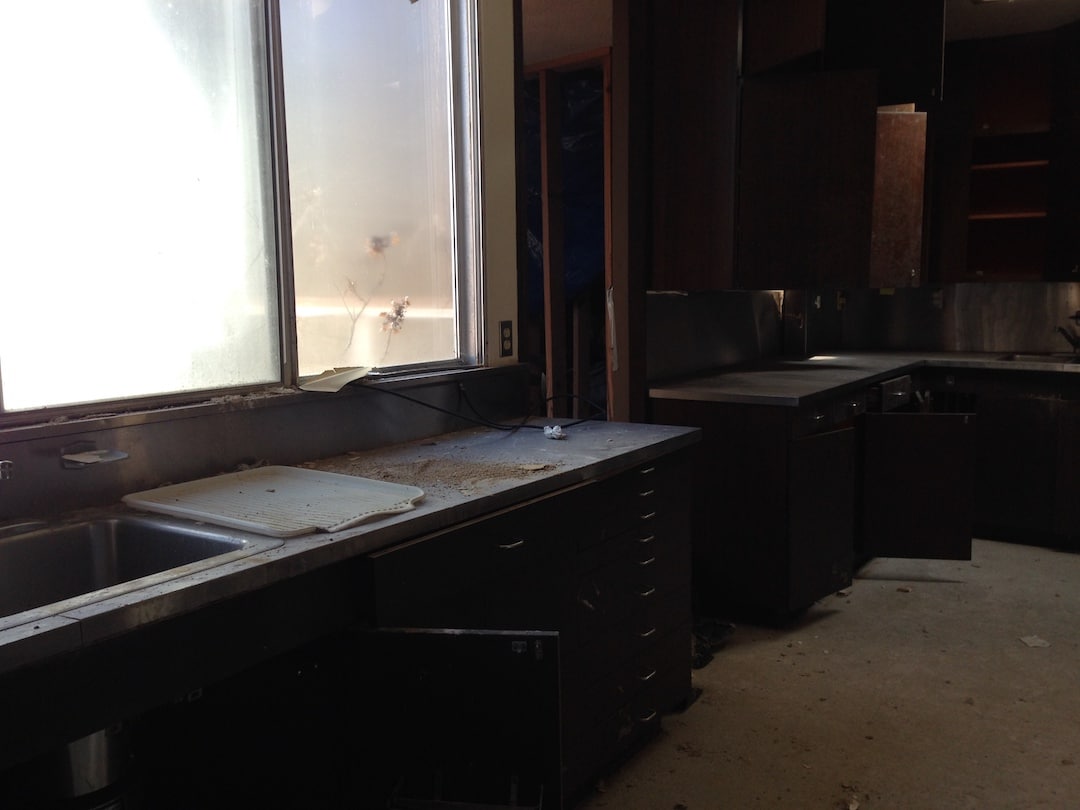 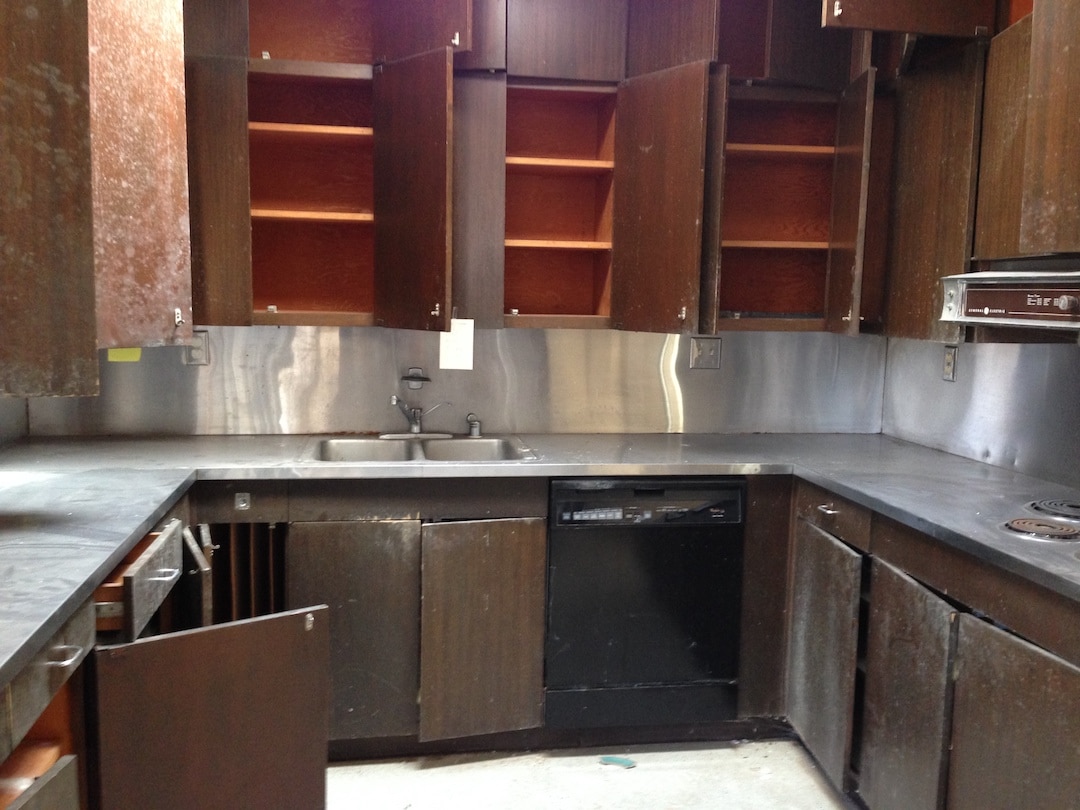 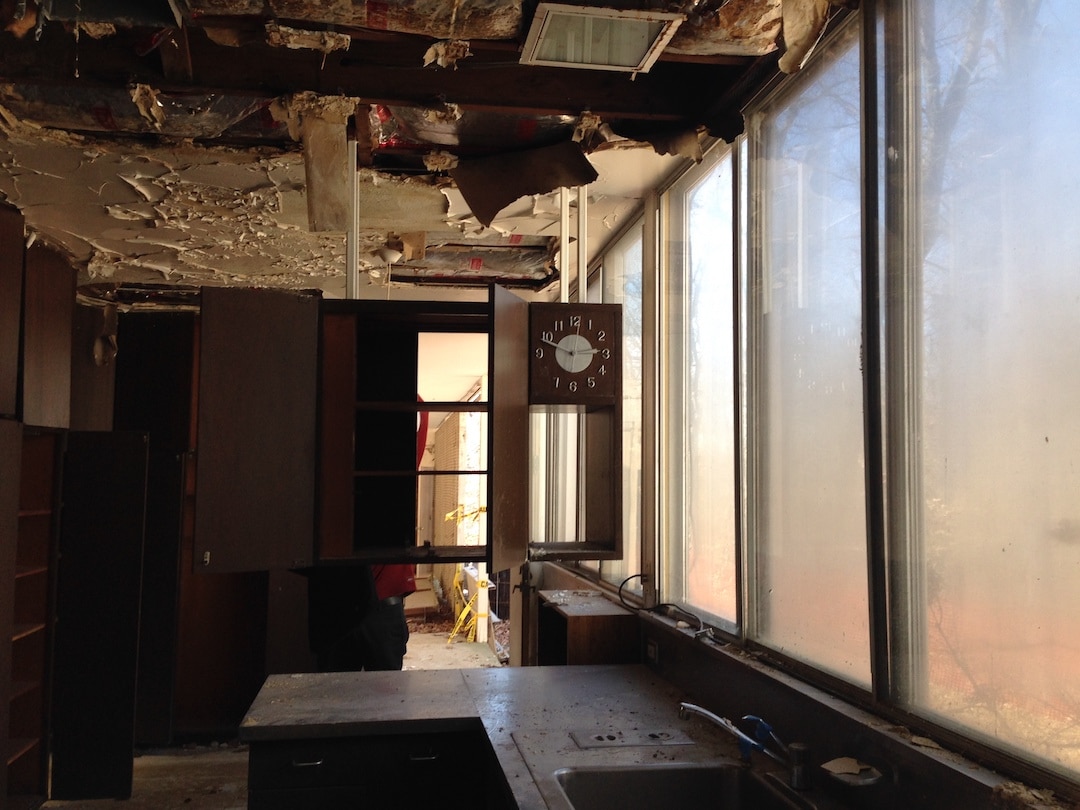 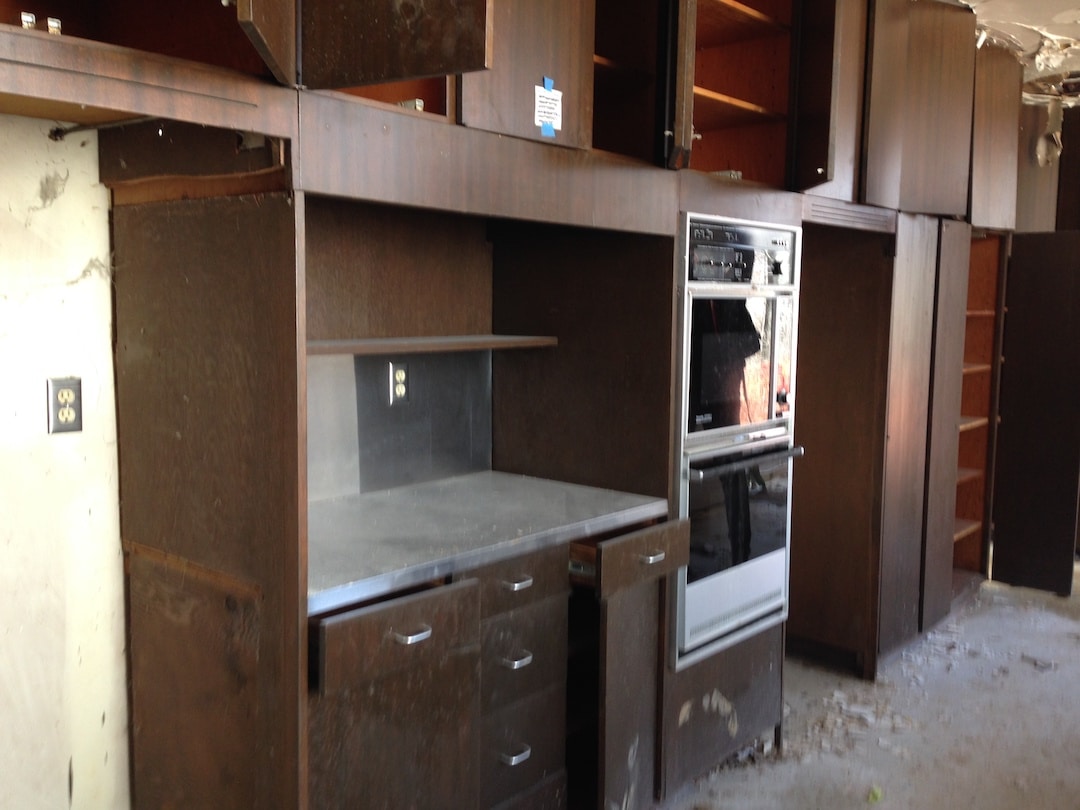 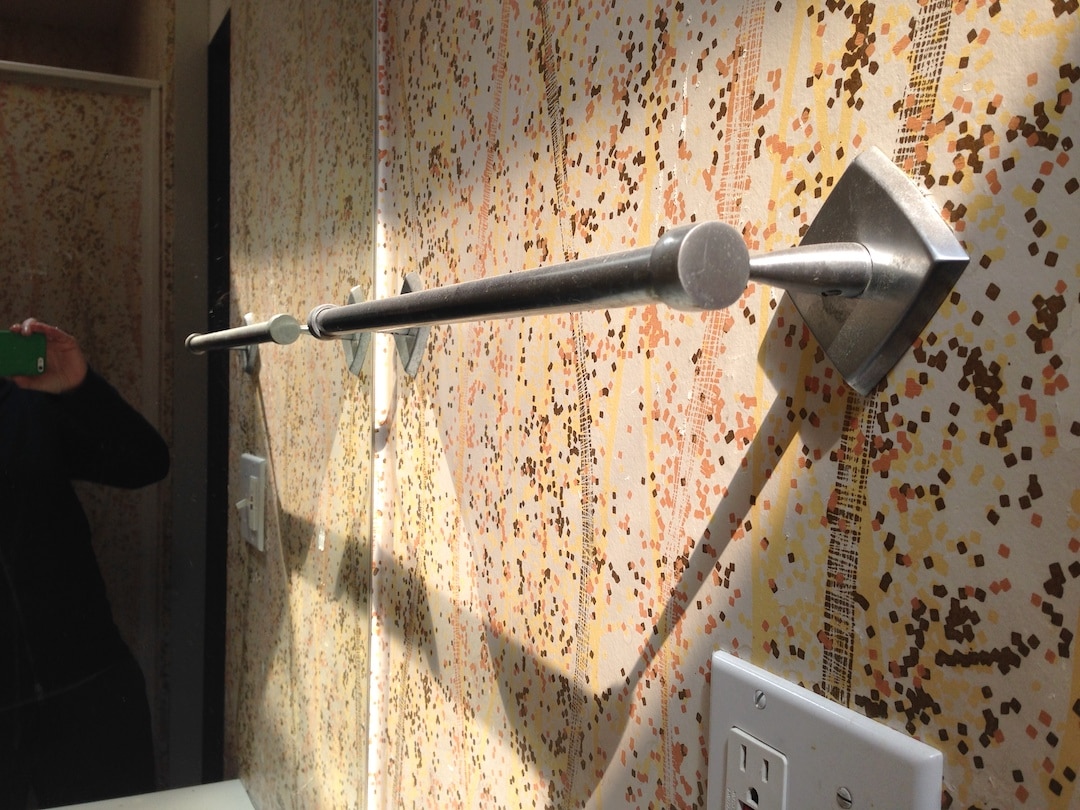 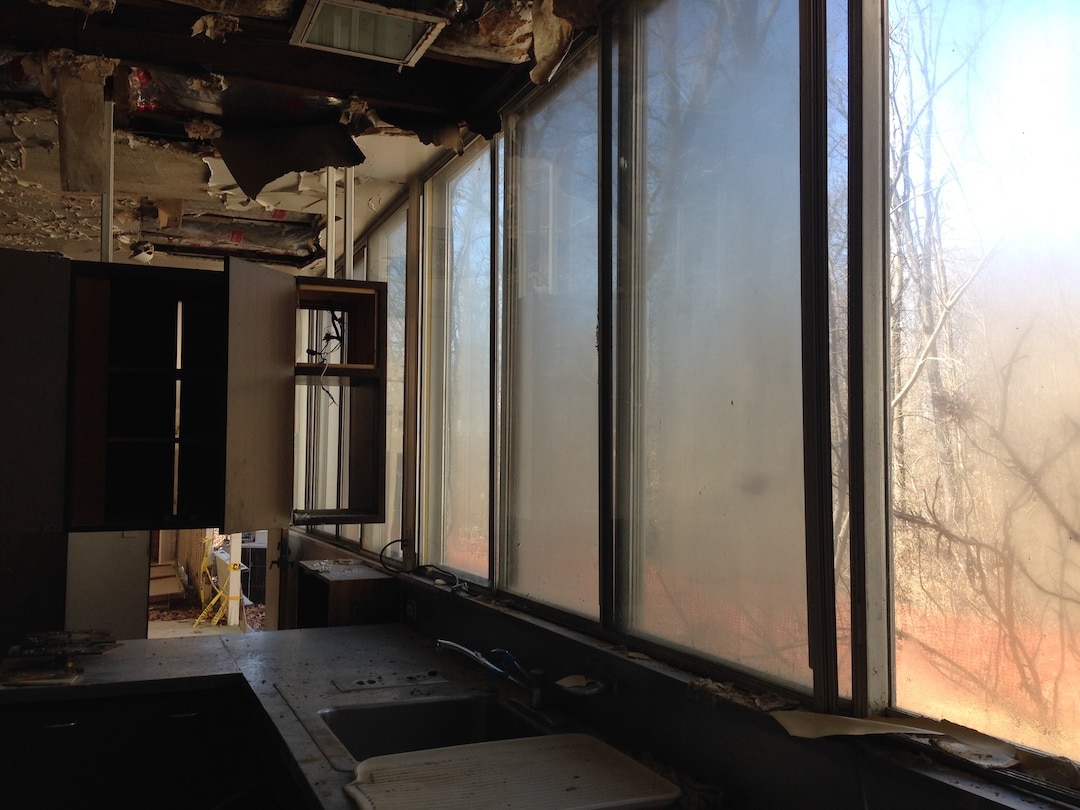 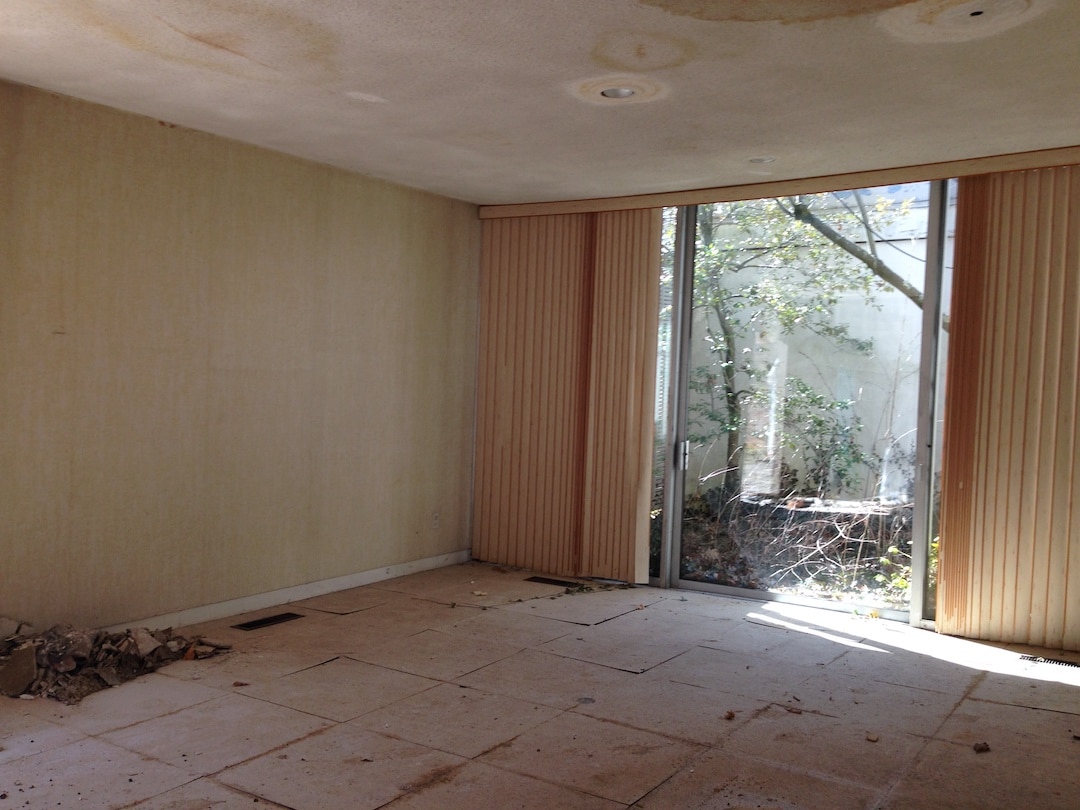 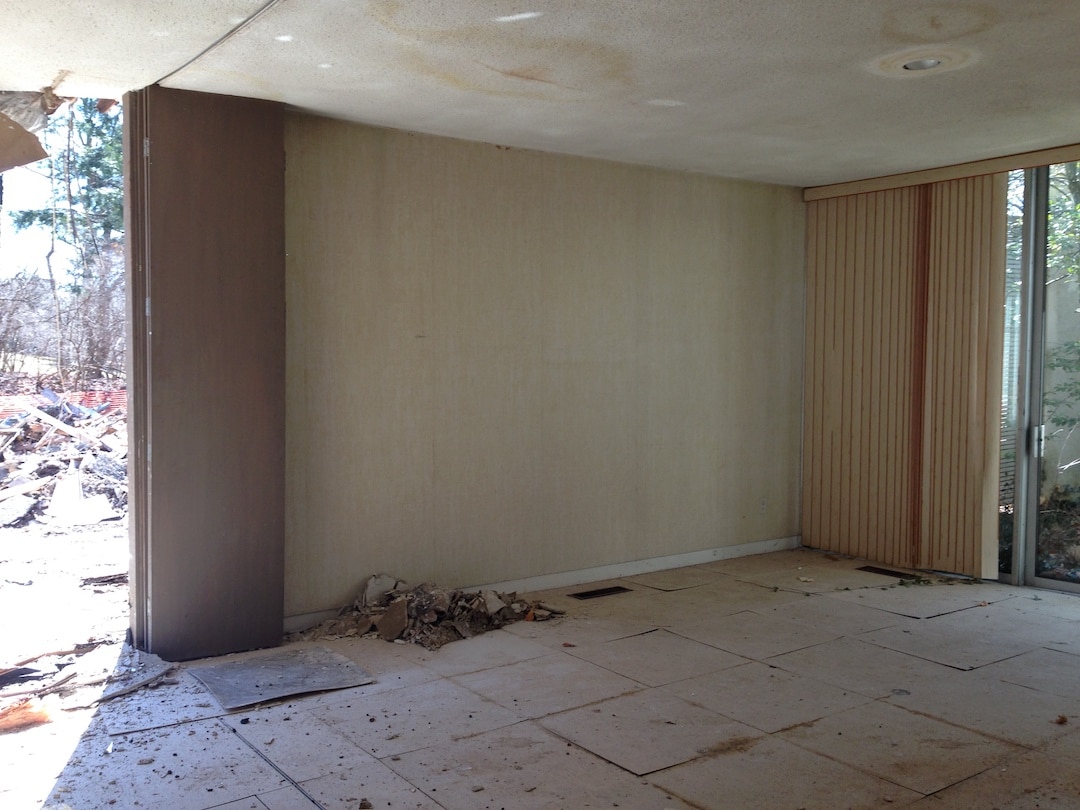 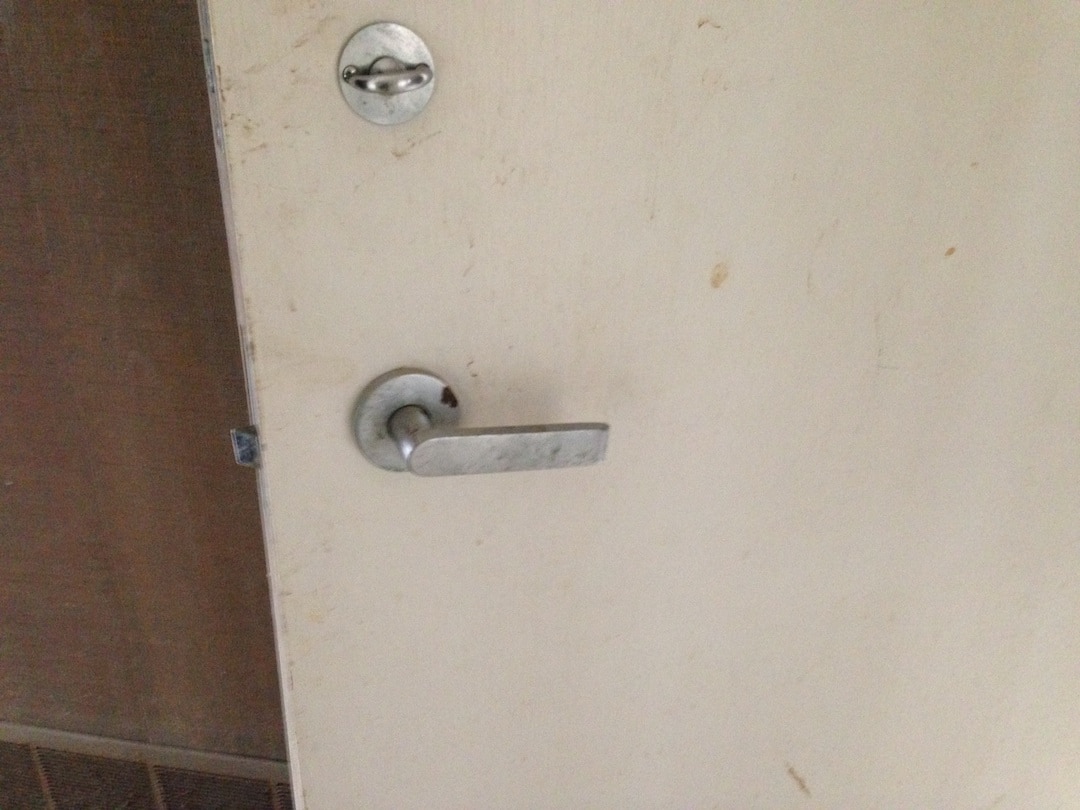 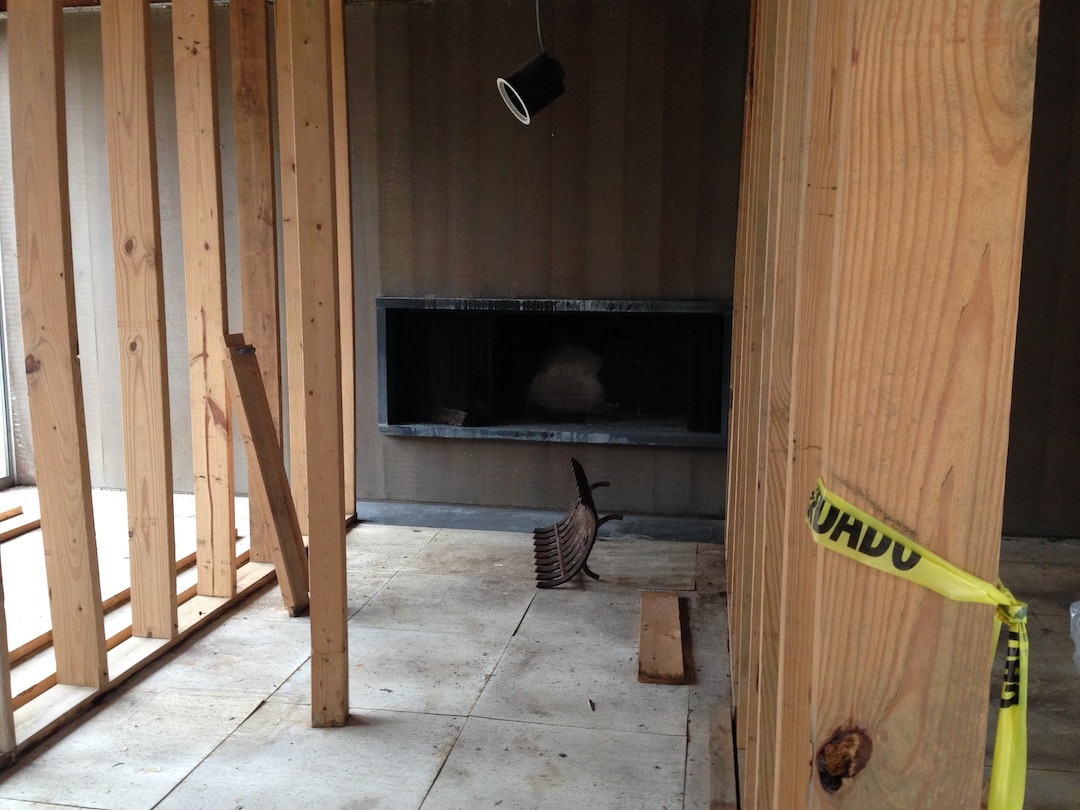 I write of this with a heavy heart, and after a long day and a glass of wine.  The house that started my quest into Cincinnati Modern architecture was torn down today.  I knew it was coming.  The house was in terrible disrepair and suffering from what must have been an incurable mold infestation due to a horribly leaking (and collapsing) roof.  But I weep for the house that is was.  And for the original owners, who graciously invited me into their lives and their home when I started dating their best friends’ son, Arlen.   This house was built on a dream, for a young Jewish family who wanted to build their ideal house in Amberley Village (after first being denied permission to purchase a building lot because of deed restrictions against Jews).  Why they wanted to build here after such treatment, I have no idea.  But in 1960, they got their wish courtesy of avant garde architects Carl Strauss and Ray Roush, the architects to the movers and shakers in town, and a heavily Jewish and progressive clientele.

The façade (shown in pic above) was private and somewhat modest, but the house was grand – a large entry foyer, with glass walls to front and rear and a ‘floating’ closet in the middle.  To the right of the entry, the house was a split level – master suite on the lower level, and 3 bedrooms on the upper.  The upper hallway was lined with closets and cabinets.  One even housing a mop sink for the housekeeper.  All of the bedrooms had sliding window walls to the rear of the 4 acre private heavily wooded lot.

The main level of the house had a living room, dining room with private courtyard, HUGE family room and rec room, a large kitchen adjoining an equally large laundry room, and beyond that was a maid’s room and a full bath.  There was a 3 car carport and a full basketball court on the front motor court.  It was the stuff that dreams were made of.

I was 18 when I met the owners and I enjoyed going to dinner with them and my (soon to be) in laws immensely.  As soon as I graduated college in 1984, they hired me to ‘help redecorate’ the bedrooms in this amazing house.  I was beyond thrilled to be able to work and spend time in the most amazing house I had ever known.  At the time I did not know who Carl Strauss was, but I knew he must be a genius!  But even then, the house had issues.  It had a particular musty type smell that came back to me full blast today when it was being torn down and the wind blew.  They had always battled the flat roof issue, and somewhere along the line, it got away from them.

Eventually, the owners passed away and family members moved into the house.  Shortly thereafter, we actually bought the house behind it, and have been back yard neighbors for the past 16 years.  We helplessly watched the house deteriorate over the past several years.  It’s been vacant for the last 5 or so, and the house was condemned and ordered torn down last summer because water damage made it uninhabitable.   I don’t question why it was torn down.  But I will always wonder what could have been done to keep it from that awful fate.  I wish I had photos of what it was.  All I have are memories.  I’ll treasure the good ones.

click here for a very sad video of the demolition

It once stood proud

Is architecture all that matters?

Carl Strauss, Ray Roush, you built them all

You never intended to see them fall

If you love it, a house is a home

But watch out if you start to roam

Fifty years from start to finish

Yet there it is, so uncertain

Waiting for its final curtain

-Susan Rissover, March 26, 2012 (upon first viewing of the condition of this property)

← the times they are a changin how this works →