architect louis sauer – the man with a plan 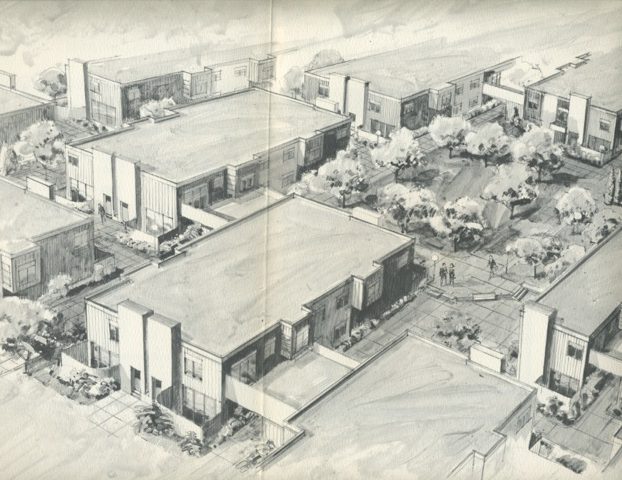 rendering from original sales brochure of regency square in 1971

One of the great pleasures (really privileges) of what I do is uncovering the stories of the houses and buildings we live in.  Cincinnatimodern’s focus is on architect designed properties, and these stories often lead me to the people behind the designs.  Our pool of living architects and designers who did their master work at midcentury is dwindling fast.  The greatest generation is almost a memory.  How lucky when we get a chance to check in with someone who made a difference in our lives, and let him (or her) know their designs are appreciated, and hopefully will be for generations to come.

Like the current owner of this Hyde Park condo townhouse that we just put on the market, we have all driven by Regency Square, (nestled along Dana Ave below The Regency high rise building, just east of the I-71 exchange and bordering the Withrow HS campus) hundreds of times without giving it a second thought.  But when the owner is an architecture professor, and the building and complex show unique characteristics of light and space, some further exploration is necessary.  And this inquisitiveness led her right to the man himself, Louis Sauer.  At age 89, Sauer was enjoying a slower paced life in Tasmania when she reached out to him via email.  Here is a little summary of what she found out:

“Still active from his current home in Tasmania, the architect Louis Sauer was an important figure in the development of clustered housing typologies. After early studies in Industrial Design at IIT’s Institute of Design in Chicago, where he picked up Bauhaus influence, he spent time in Europe where he encountered architects who were putting an alternative approach to the dominant International Style, including Carlo Scarpa, Ludovico Quaroni, Jacob Bakema, and Giancarlo de Carlo. Upon his return to the US, he studied at the University of Pennsylvania under the influential Louis I. Kahn. After graduating with his Masters degree, Sauer’s early career where he worked for private developers in housing competitions sponsored by the Philadelphia Redevelopment Authority gave him a footing in the urban setting of Philadelphia and a conceptual challenge to design high-density, low-rise housing. When he subsequently began to get private commissions in the historic neighborhoods of Philadelphia’s Society Hill area, he applied the lessons he had learned in his travels and studies to private dwellings. The typology that he developed, which bears some resemblance to the concept of Mat Building popularized by Alison Smithson, one of the leaders of the 1956 CIAM meeting, served him in several projects in the Philadelphia area and beyond. While the Regency Square is the only example of this aspect of Sauer’s work in Cincinnati, he was also responsible for two other projects in Cincinnati, the tower at One Lytle, the context of which has since changed dramatically, and a water feature along the river that has since been altered beyond recognition.”

Arlen and I used to go down to the Serpentine Wall in the’80’s and hang out at the Sauer designed  Concourse Fountain Plaza at Yeatman’s Cove (opened in 1976).  Perhaps a bit ahead of its time (and therefore lacking certain safety features that would definitely be in place today), it was a landscape water park with pools, fountains blasting large jets of water.  It was fun and functional. 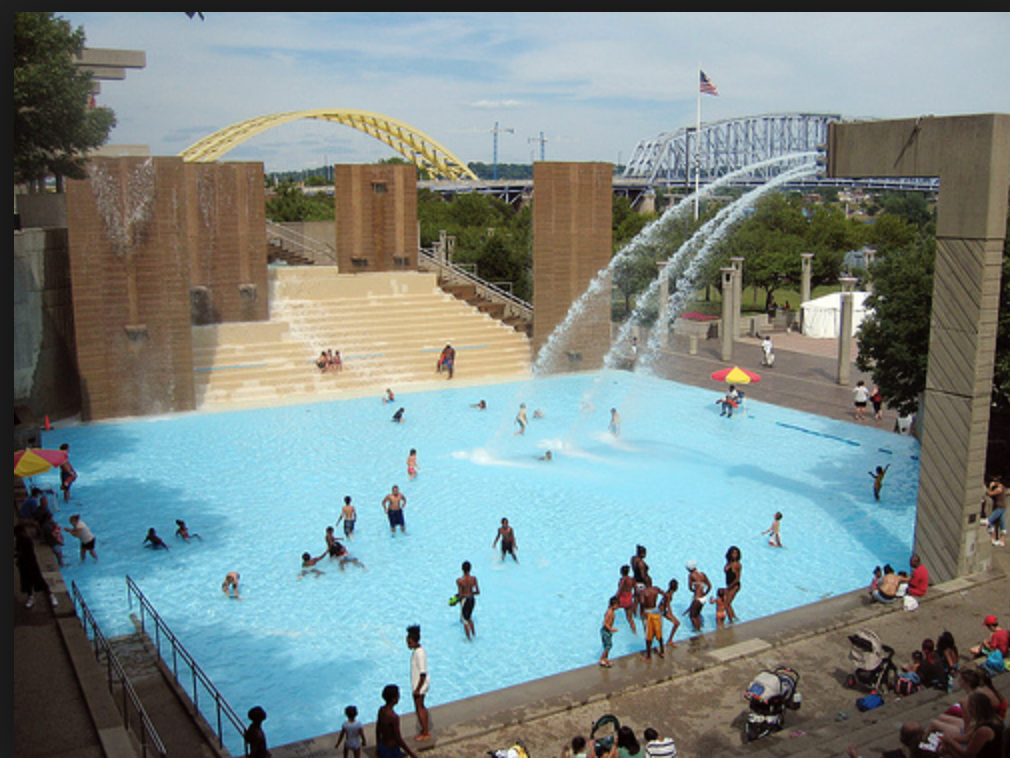 The Regency Square condos are a great example of Sauer’s High Density/Low Rise Housing.  Unlike the classic townhouse format with the main source of light from a narrow end, he shook it up at the Regency and put windows along one long wall + the end wall.   This not only adds visual interest, it also makes for interesting shaped buildings, unique outdoor spaces, privacy, great light, and wonderful interiors for flow and furniture placement.   Since they were built in 1971, many of the interiors have not retained the original modern styling.  But our new listing has been renovated by its architect/owner with a great palate of modern materials and is move in ready!   It’s also a great location, within walking distance to Hyde Park Square and a 5 minute commute via I-71 and the new MLK exchange to Hospitals, and Universities,  10 min. to Downtown.  The beautifully maintained grounds and very inclusive HOA makes Regency Square the easy living urban environment that Sauer imagined. 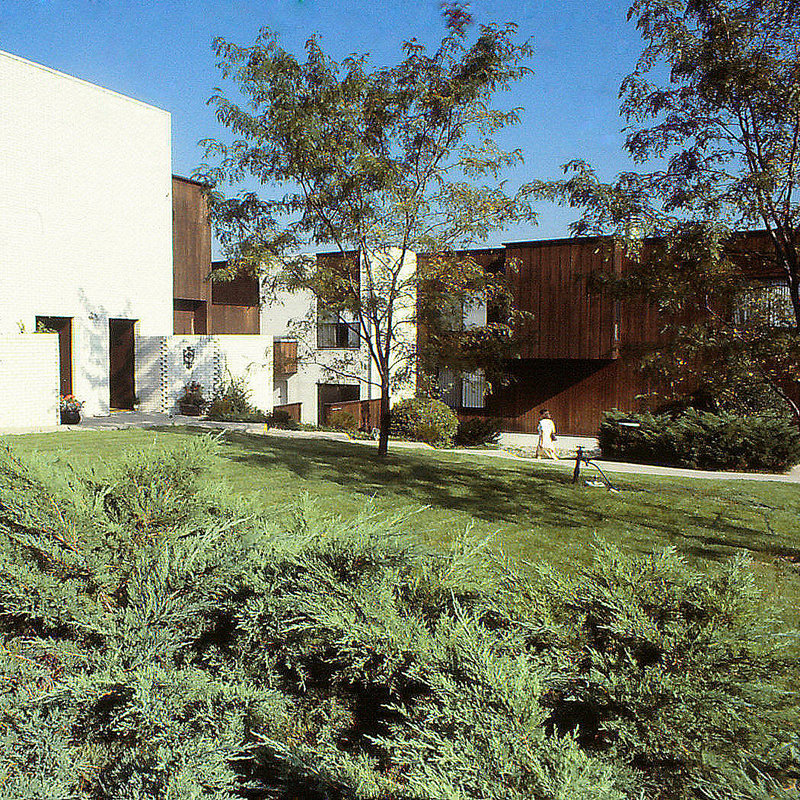 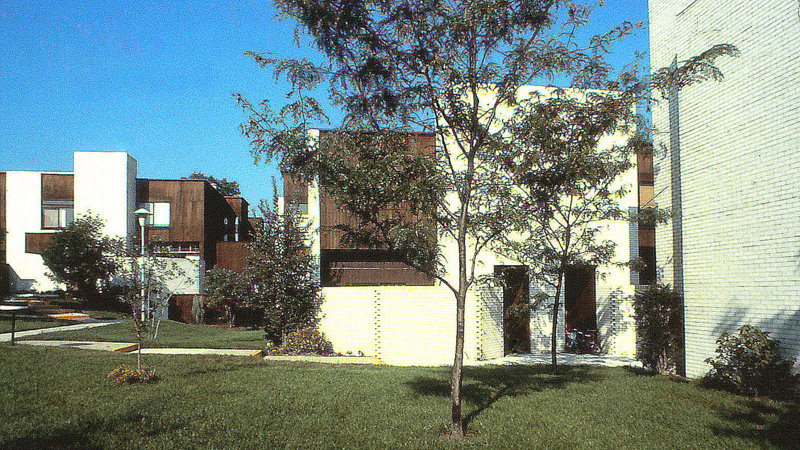 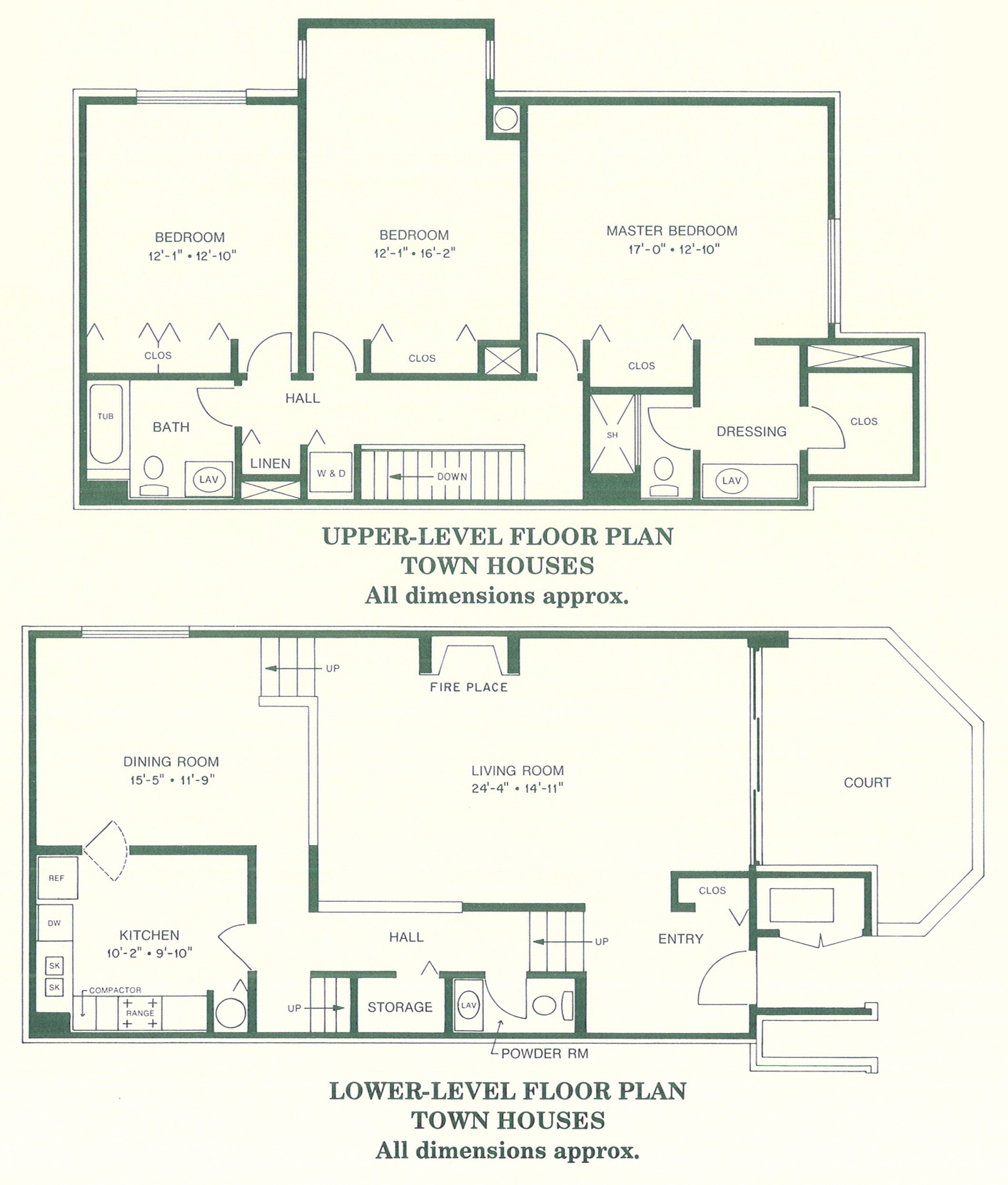 Below the photos or our new listing, see an excerpt of the email exchange between our seller and Louis Sauer, the man with a plan! 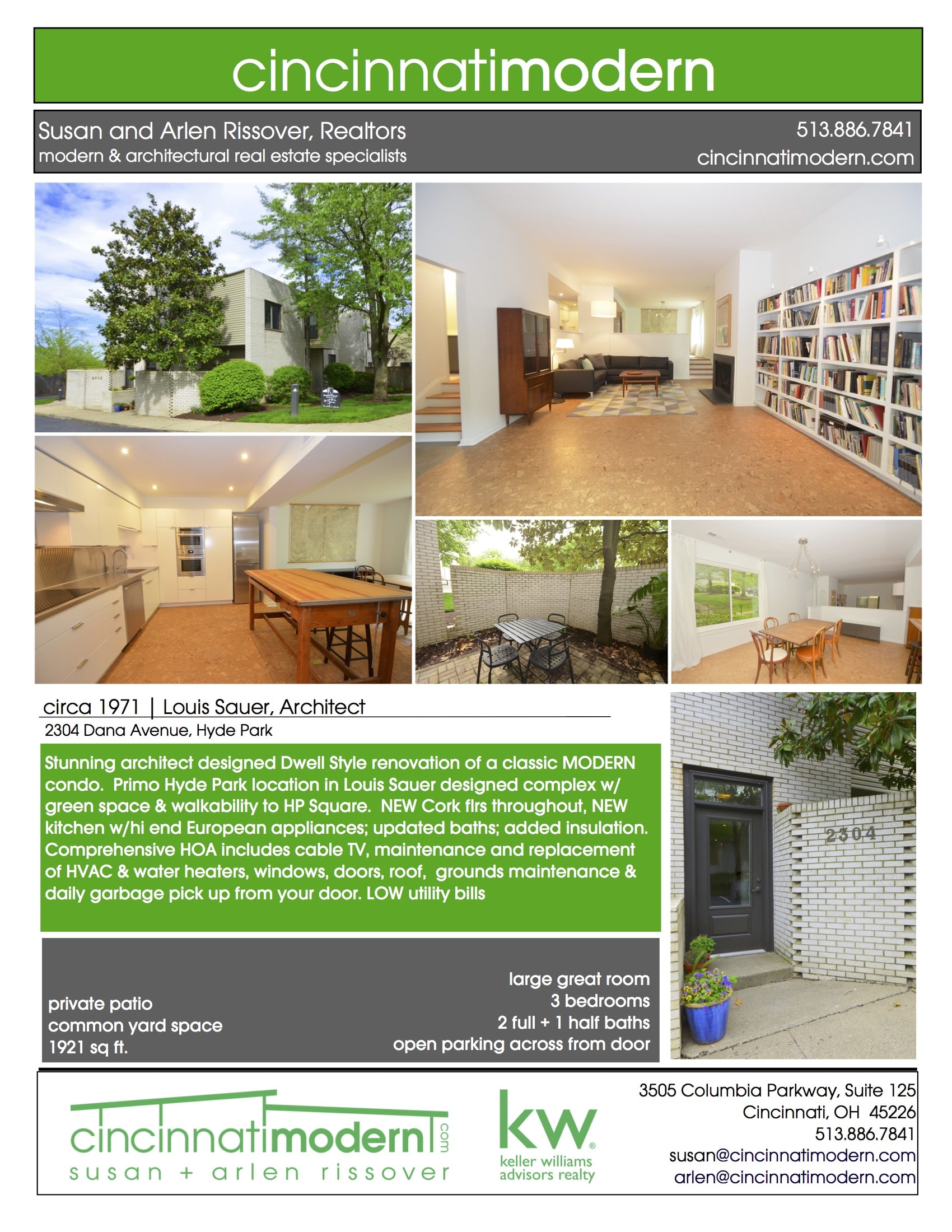 I am really taken aback. Yours is the only response I have received for the Regency Square design after some forty years. Its wonderful for me to me to hear your appreciation. What makes it even more distinctive (and rare) is to see you are an architect teaching at the prestigious School of Architecture in the University of Cincinnati.
I closed my Philadelphia architecture practice in 1979 to become a full time academic and head of CMU’s architecture school but left academe in 1989 to practice urban design in Montreal. I left North America in 2000 to reside in Australia and I now live in Tasmania retired from practice and teaching.
It would warm my old heart to learn what it is you like about the design.
My many regards and very best wishes,
Lou

← #itsnotdateditsvintage for the love of formica →