back to the future…… 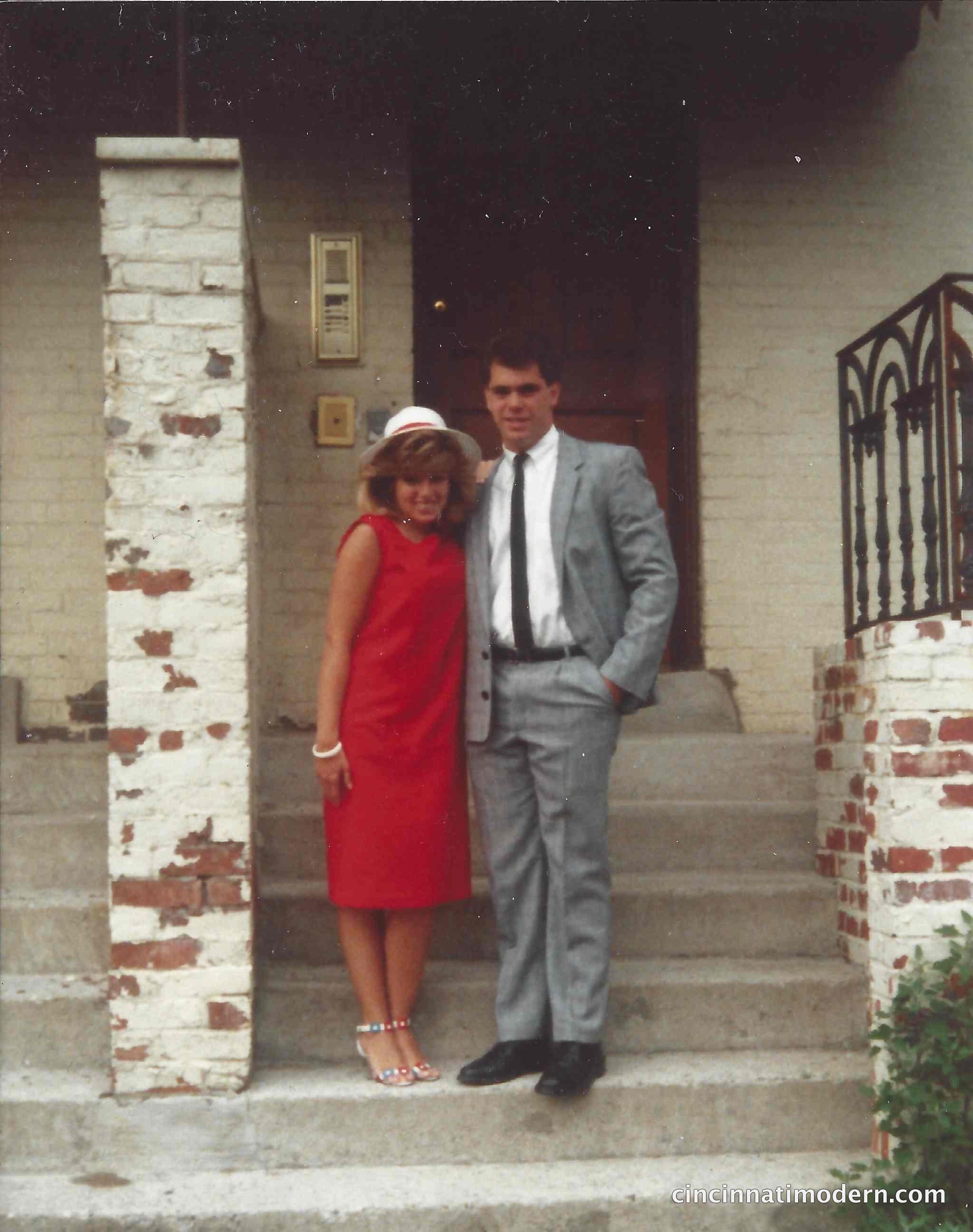 arlen and me outside our OTR apartment in 1985

As Arlen and I approach our 30th wedding anniversary this September, it is only natural to look back and reminisce.  Not surprisingly, much has changed since we walked down the aisle in our finest 80’s attire.  But the strange twists, turns and coincidences are what keep us going.  We also share this 30th anniversary with one of our favorite movies, Back to the Future, and we are just a couple months away from the ‘future’ day depicted in the movie trilogy, when hoverboards are the preferred method of personal transportation, and communications are still sent via fax.  As with any prediction of the future, some things are close, but most of the forecast is way off base.

In our business, we have had the great pleasure of selling many architectural gems, designed with the finest materials of their time by forward thinking designers for their equally forward thinking clients.  Often we criticize them in retrospect, instead of appreciating the progressive original intent.  I have made it a personal quest to try to understand the original intent of every home I have had the pleasure of representing, and to urge buyers to not make any changes until the home has had a chance to reveal itself.

One of the greatest treasures we run across is the original ephemera that often accompanies architecturally designed properties.  Original concept drawings, spec sheets, blueprints, newspaper clippings.  And in the case of our upcoming condo listing overlooking downtown, the original sales brochure with the architect/developer/builder’s dream all laid out in “black and white.”

What makes this particular brochure even more special is that it is from the building right above the building that we lived in when we got married in 1985.  We were pioneers of sorts, living in OTR well before it was known by the acronym.  It was when ‘Over the Rhine’ was said under your breath to the gasps of those around.  And where there was still build able city view properties.  We lived on a small section of segmented Ohio Avenue in a recently rehabbed 1890’s Italianate multi family building.  Our landlord lived in a house next door, one of Cincinnati’s first AIDS victims lived downstairs, and a friendly Appalachian family lived across the street.  There were winos on the corner.  We were within walking distance of Findlay Market, which had fallen out of favor at that time, and I’m embarrassed to admit that we never once walked there.

In the midst of the urban mish-mosh that this part of OTR was in the mid ’80’s, there was a modern beacon on the hill above us in University Heights, off of an upper section of Ohio Avenue.  A then new condo building that appeared to jut right out of the hillside, with unobstructed city views.  Some day, we thought.  Some day! 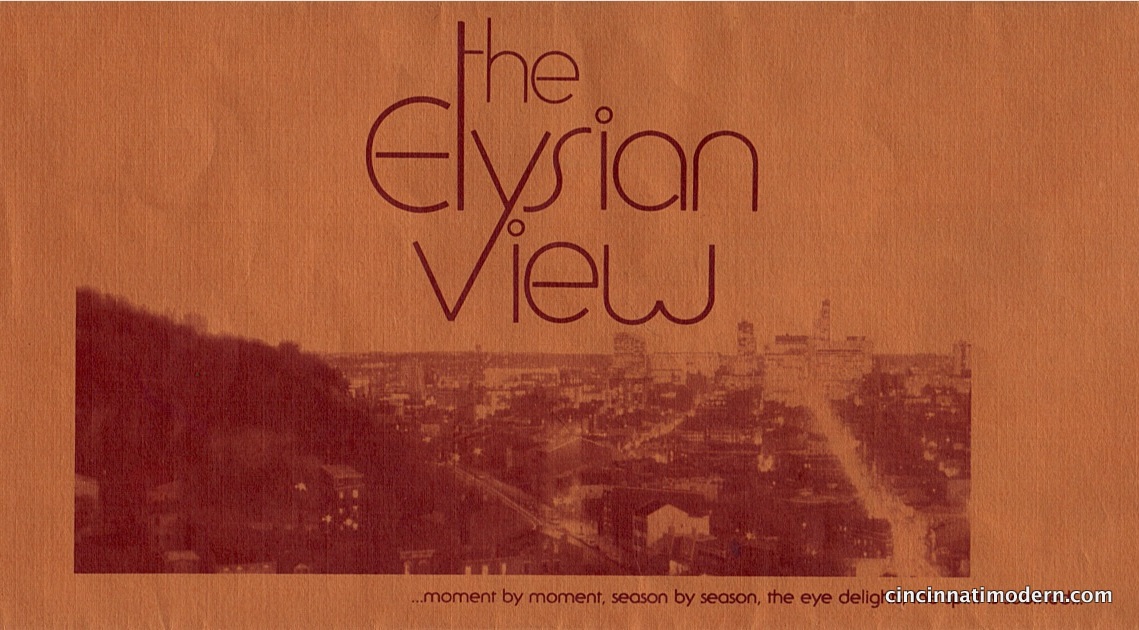 Well, that day has come.  Not to live there, but to sell a wonderful condo in The Elysian Cliff Condominiums  – the state of the art dream of architect Peter Seidel in the early 1980’s.  Where you could live in close density, near work, shopping and recreation.  Where each condo could be unique and special and private, but you could walk a few short blocks to Findlay Market, or up a stairway to the amazing Bellevue Hill Park. “The concept – maximize a unique setting at the end of a quiet cul-de-sac on a verdant cliff, 250 ft. above the city.  Fashion new space to compliment a rustic setting, within eye shot and walking distance of the city’s core.  Conjure a condominium that masters light, air and energy efficiency and minimum maintenance.” 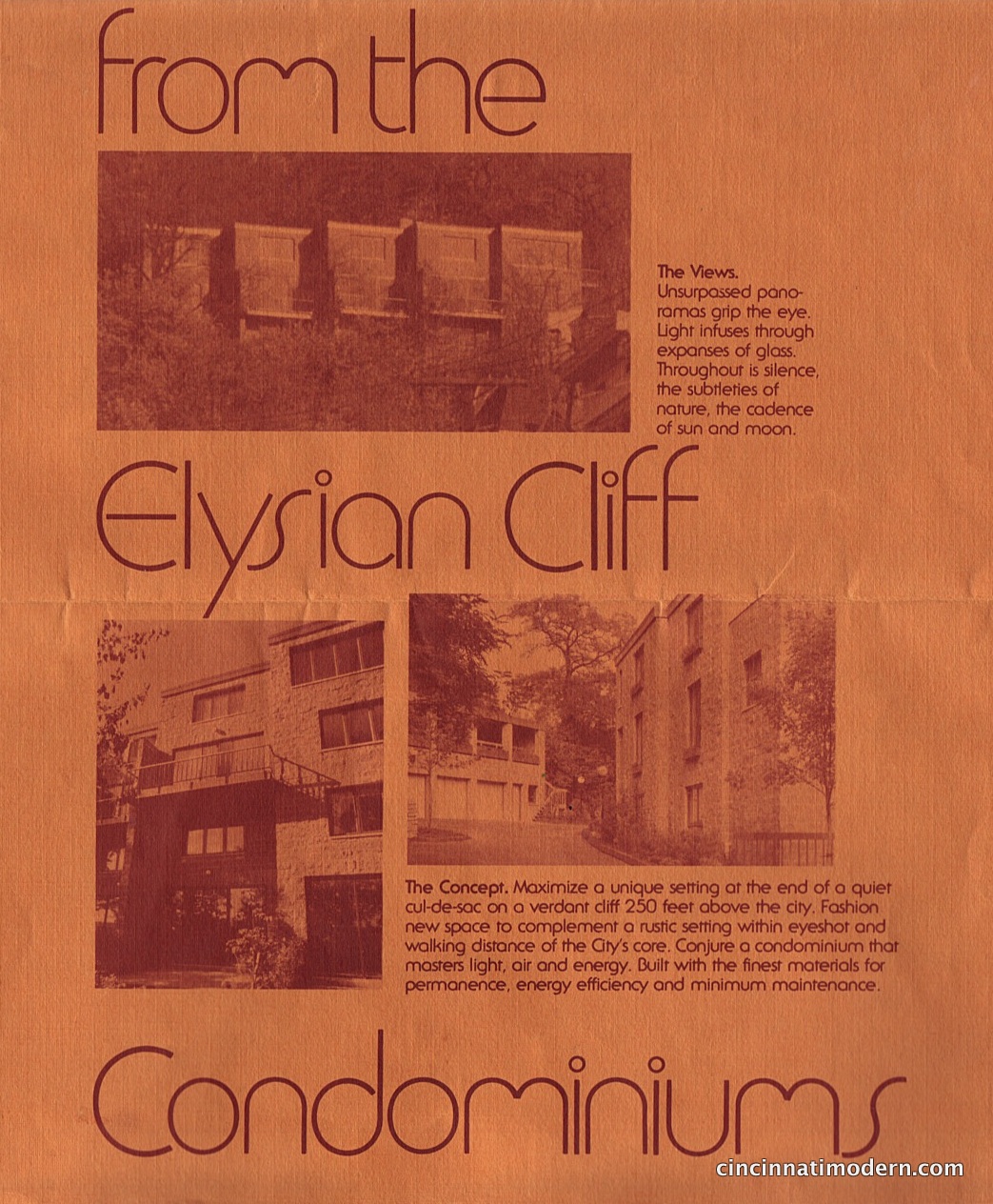 It’s a chance to realize the forward thinking vision of one man, and live the dream of being very close to the city that one day in the future, he knew people would embrace.  Where we’re going, we don’t need roads.  Just one really cool building at a time. 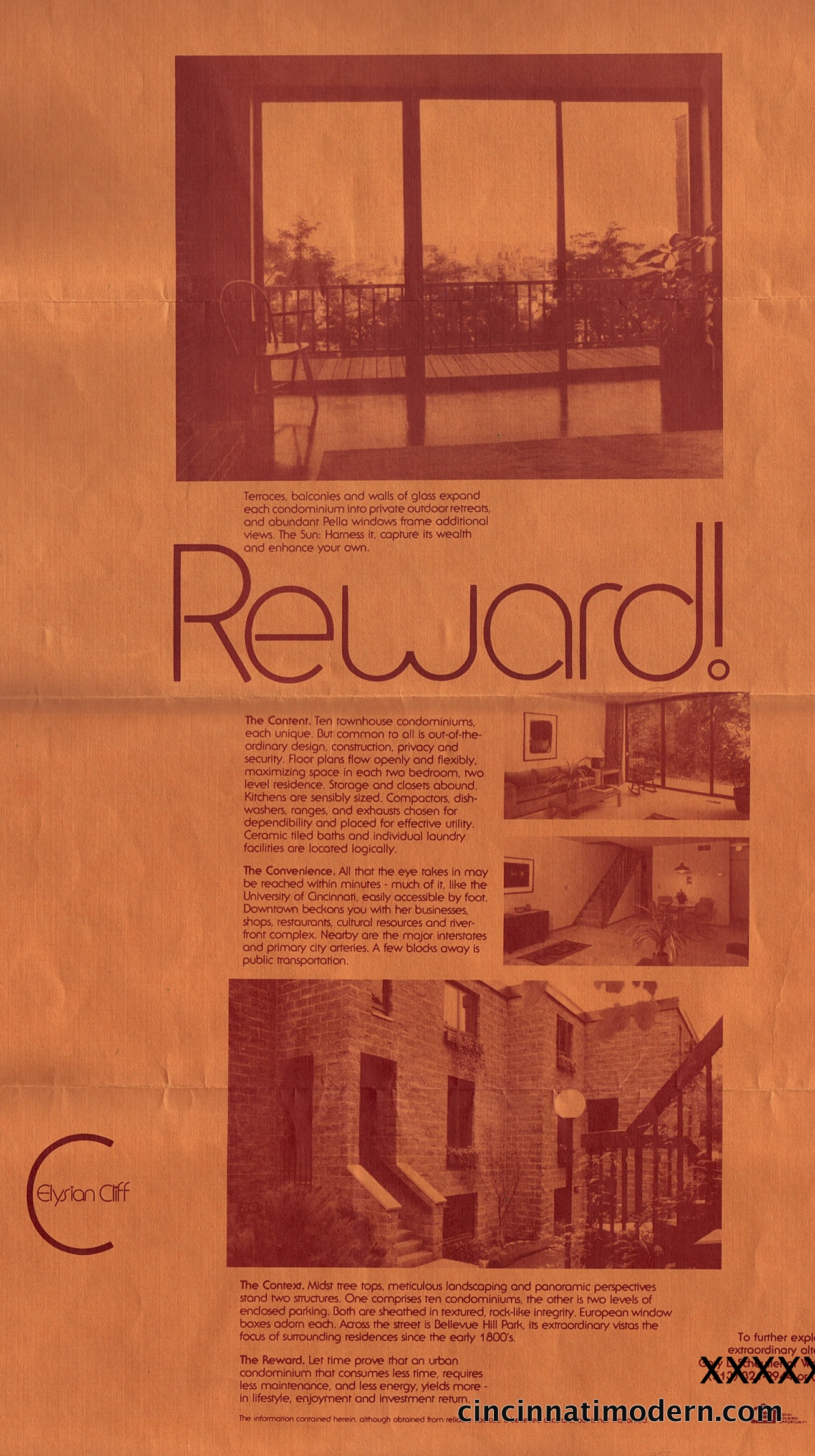 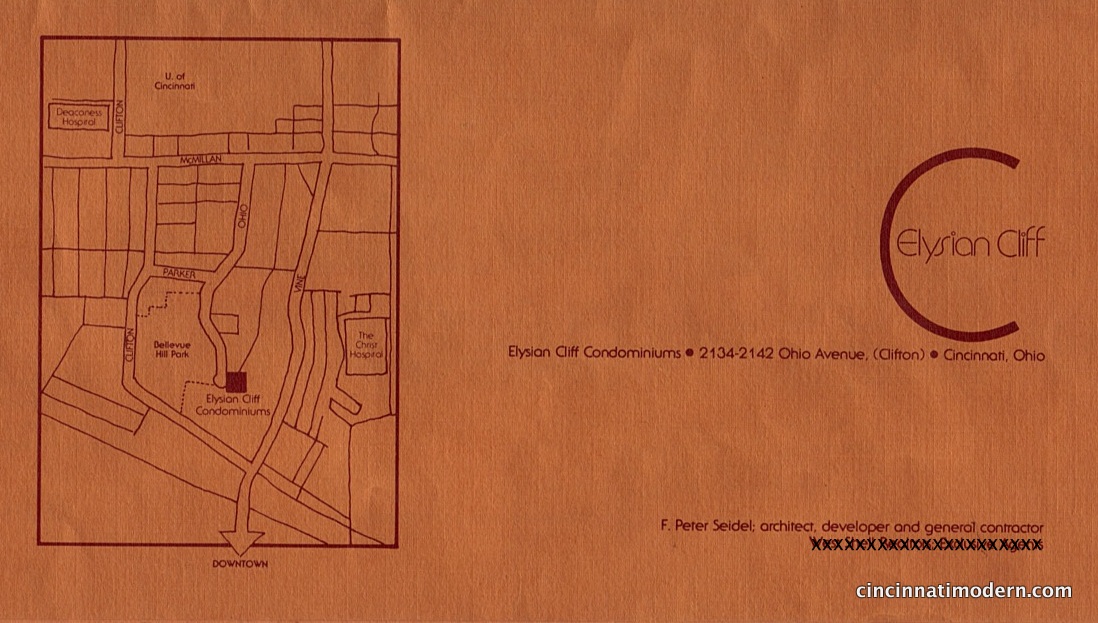 for more information on the Elysian Cliff Condominium, contact us directly at [email protected]

← where are the listings? work where you live →