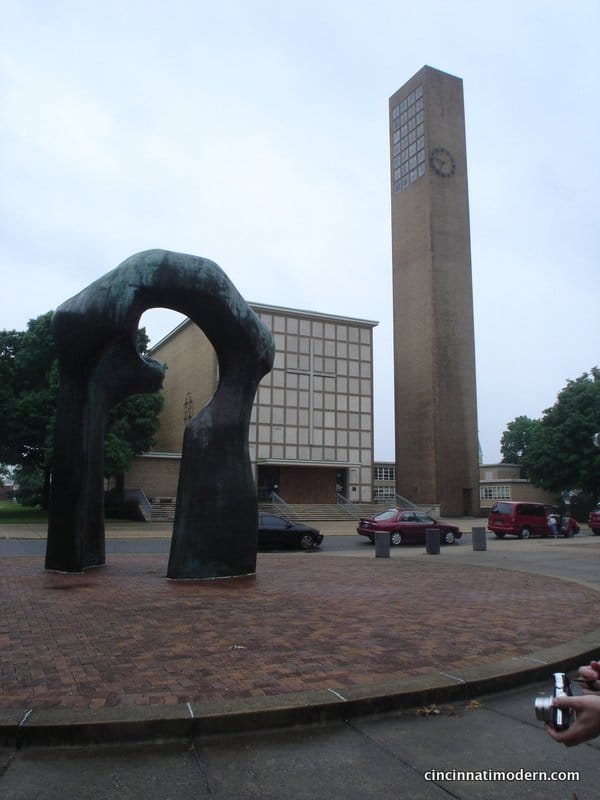 I thought I was familiar with Columbus, Indiana, our own little regional mecca of modern architecture.  Columbus is legendary in these parts, and we had taken our daughters there for the day a couple of years ago during a dreary spring break.  We did the basic architecture bus tour available through the Columbus Visitor’s Center.  I remember being wowed at the depth and texture of architecture in the town, and we were all particularly touched by the Eero Saarinen buildings – the Irwin Union Bank (now First Financial Bank) and the North Christian Church.

I did a little blog post about Columbus on our return urging every architecture fan in Cincy to make the two hour trip to this other place and (seemingly) time.  Then this Summer, I was invited to a ‘bloggers weekend’ in Columbus.  I’d already seen it, I thought.  What more was there to say?  This weighed heavily on my mind and the pressure was on……..until I was touched in a way that can only be described as a deeply spiritual experience.  I spent a weekend in June there with several other architecture bloggers from all over the country and the wonderful staff of the Visitor’s Center.  They opened their town to us in an unprecedented way and gave us what I call the ‘Royal Modern Treatment.’

I have been saving this blog post for ‘fall-color travel day-trip season’ and I am going to tell this story in 3 parts – this first part focusing on the town and (of course) the architecture.  The second part will be on the private homes that were graciously opened to us and the third part to the Miller House, quite possibly the finest example of residential midcentury architecture ever built (I think I have the right to say that……).

Spending time behind the scenes with the movers and shakers in Columbus, what struck me the most on this most recent visit was the pride and moxy these folks have.  And their incredible desire to share it with the world.  But why not?  They learned from the master.   J. Irwin Miller (1910  – 2008) was an industrialist, of Cummins Engine and Irwin Union Bank fame.  He was also a champion of good design and a very progressive thinker.  He had built these very successful businesses in this tiny Indiana town, and wanted a strong town for his workers to live in, and for his clients to visit.  “Mediocrity is expensive,” he said.  Why build something substandard only to have to re-do it down the road?  He started a foundation to pay the design fees for any public building to be built in town and as a result of this, the town’s schools, churches, library, mall, and other buildings were designed by world renowned architects like: I.M. Pei, Eliel and Eero Saarinen, Harry Weese, Cesar Pelli, Kevin Roche, Skidmore Owings & Merrill, among others…

What seems most remarkable to me, especially in my field as I show pristine, untouched midcentury interiors to buyers who sometimes say that the house is ‘dated’ or ‘needs updating,’ is that this town and its people had the foresight to preserve the good design that they had.  ‘Dated’ is not necessarily bad if it functions well.  No pressure to always be in the ‘now.’  And they did it so well.  This town is in no way living in the past, and it is not a ‘time capsule’ of the 50’s by any stretch.  There are several progressive improvements underway in the downtown, including re-building a shopping mall built in the 1970’s that was functionally obsolete.  They are even in the process of making Columbus a regional mecca for not only architecture but for indoor sports tournaments.  What they are is fiercely protective of what they have, and they also seem to have the gift of foresight. Maybe it’s easier to get people on the same page in a small town?

I don’t need to reinvent the wheel.  So much of what is to be seen in Columbus can be previewed on their website.  Below are a few photos I took with my observations below.  Most of these buildings are available on the public tour.  I hope you all schedule time to see Columbus for yourself.  And if you have already been there, I can give you two great reasons to go back.  1) Hotel Indigo – a beautiful, modern boutique hotel that recently opened in downtown.  It’s very reasonable and has a modern spa-type ambiance.  I highly recommend it! And 2) Zaharikos – the recently re-opened turn of the (last) century ice cream parlor (and so much more).  Talk about preserving architecture!  A video loop in the back room chronicles current owner Tony Moravec’s renovation adventure.  You also have to check out the original and restored Welte Orchestrion and the marble soda fountain.  All of the ice cream is made on site and they have a full menu, including the original ‘gom’ sandwich.  Like everything else about Columbus….. YUM! 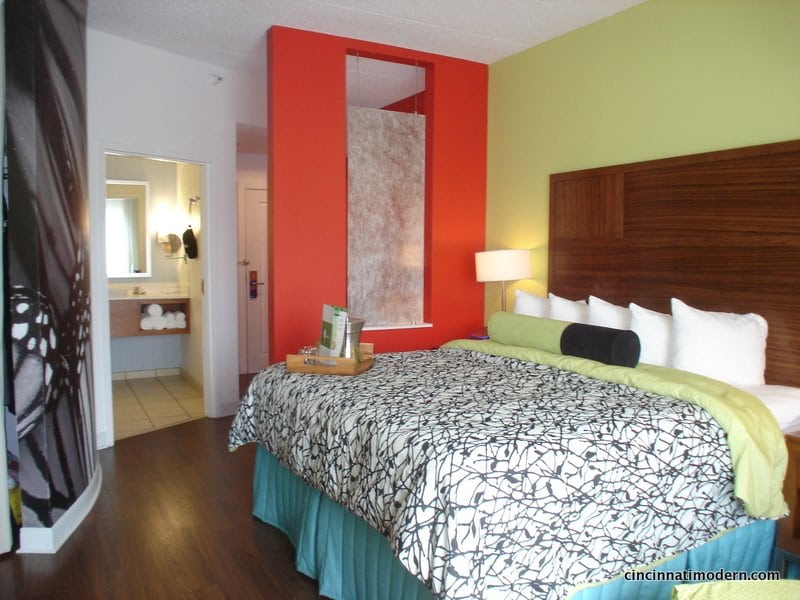 my room at the beautiful and modern hotel indigo. 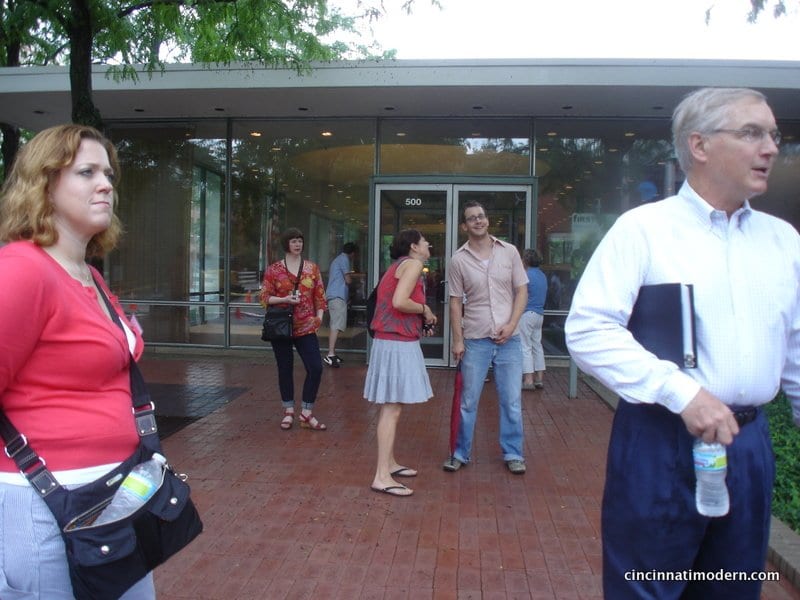 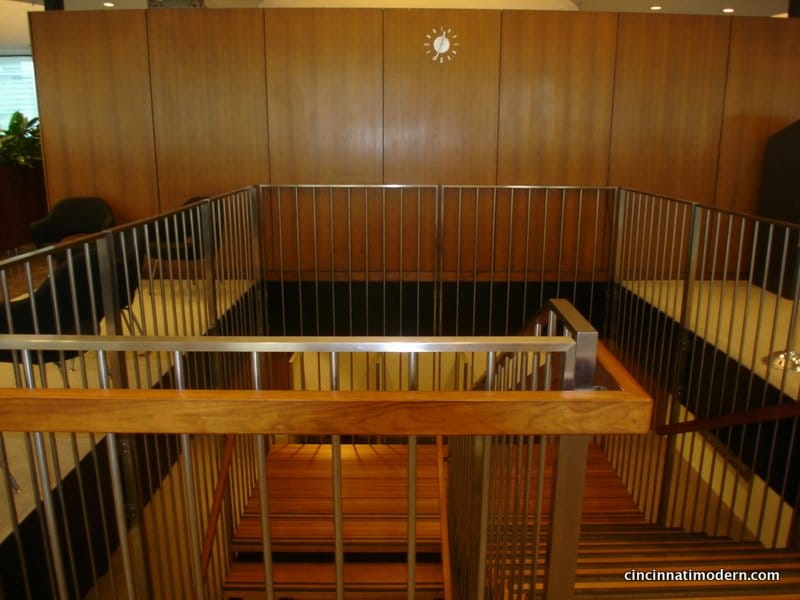 inside the saarinen bank building 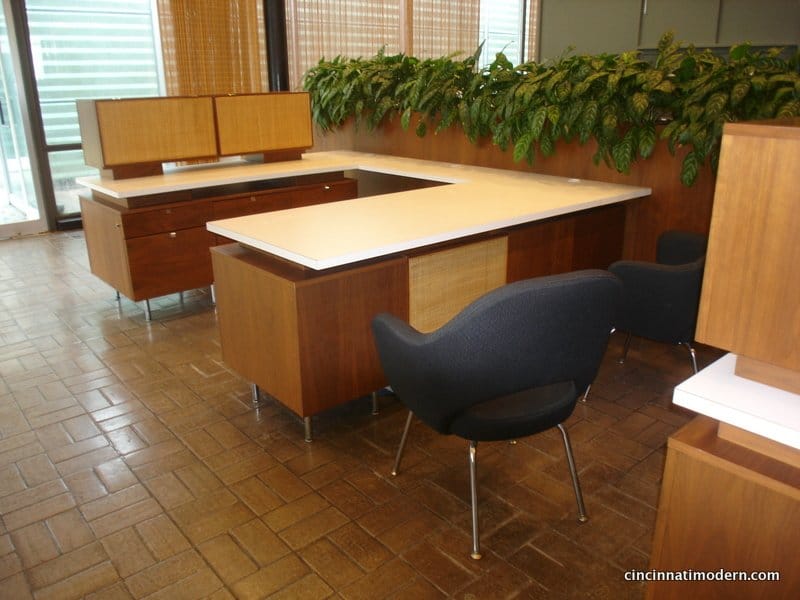 all the original saarinen furniture in the first financial bank 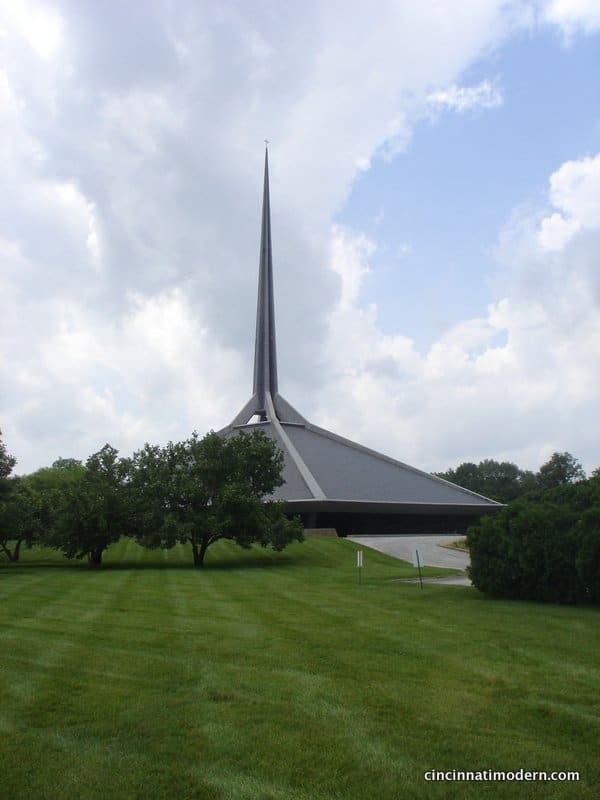 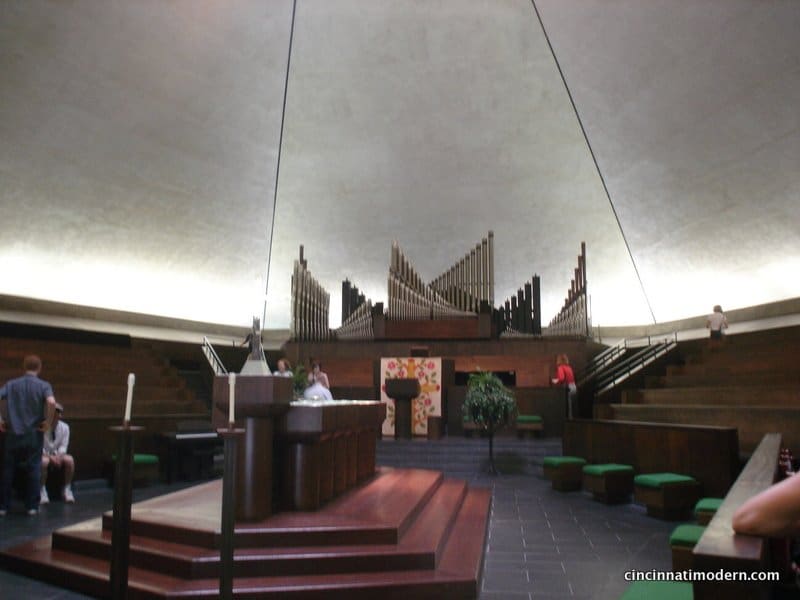 inside the north christian church – this building is included on the regular public tour. 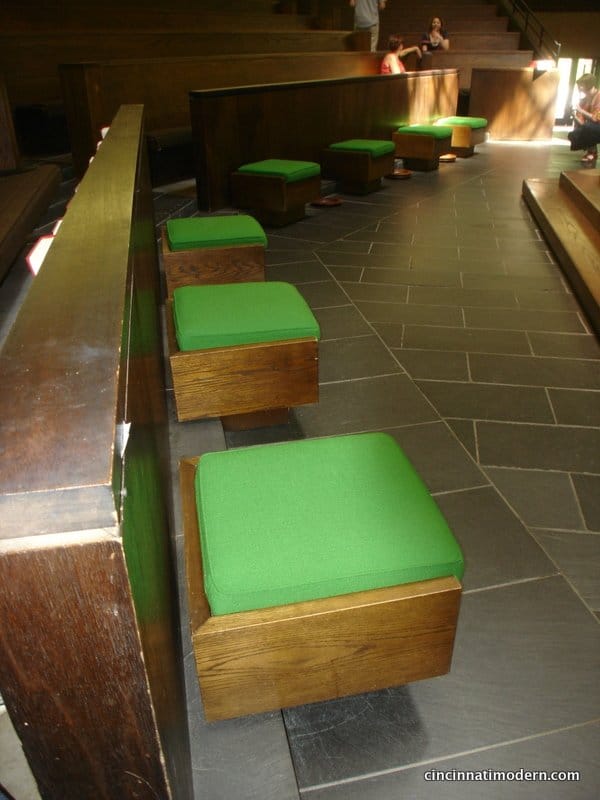