We obviously love classic modern furniture, but one thing we have learned through the years is that furniture must be as functional as it is beautiful.  I thought I would take this opportunity, right before the 20th Century Cincinnati Show, to share a photo timeline of our now legendary 3/ $25 coconut chairs.  It seems that they are as comfortable as they are functional and beautiful.   Now that’s good design! 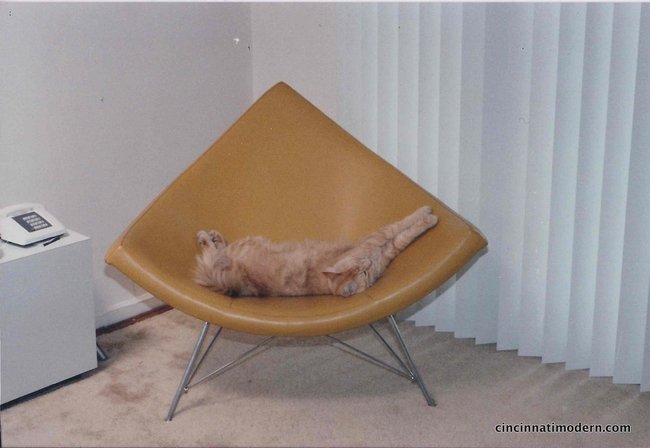 We ‘found’ three of these original early production George Nelson Coconut Chairs in a GTE office building in Lafayette, IN in 1986. New chairs were on order and they ‘sold’ them to us for a $25 donation to the American Heart Association. Right away, our cats took to them. This is the sweetest cat that ever lived, Tyler, taking a siesta on one of them shortly after we acquired them. 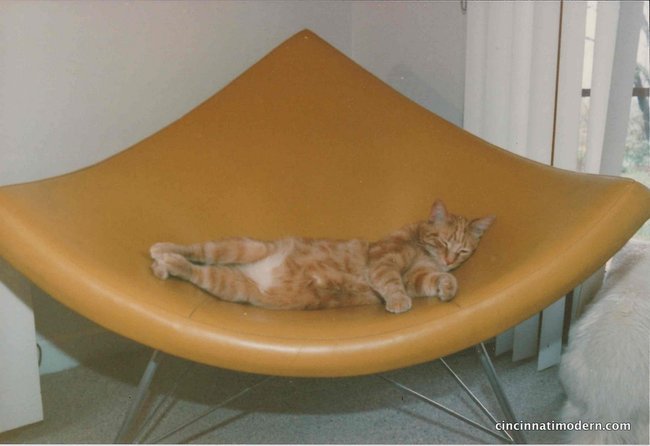 Evidently word got our about how comfortable the chairs were, and our cat Ryan had to see for himself (circa 1986). 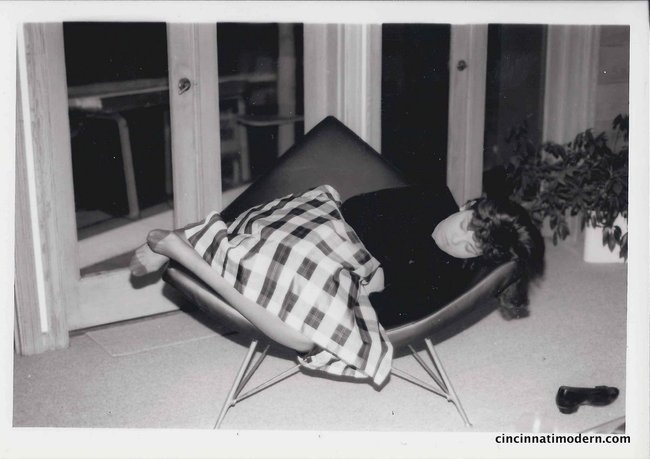 The chairs had just been recovered in 1987 when our friend Jenny could not resist their particular charms at a New Year’s Eve party. Either that or we throw really bad (or good?!) parties…… 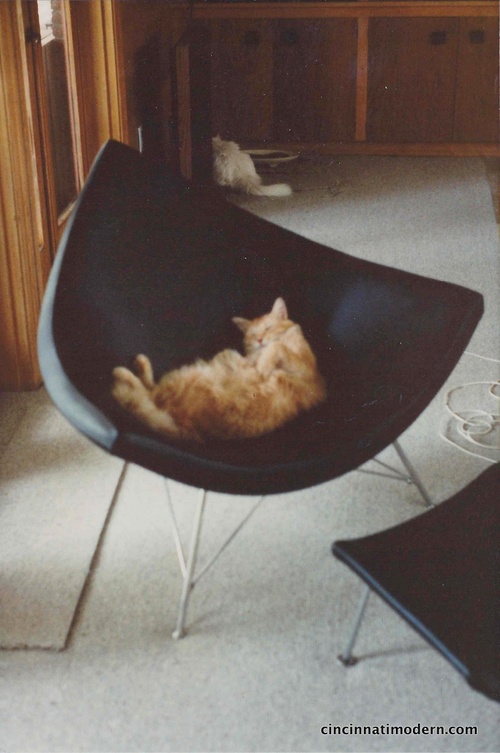 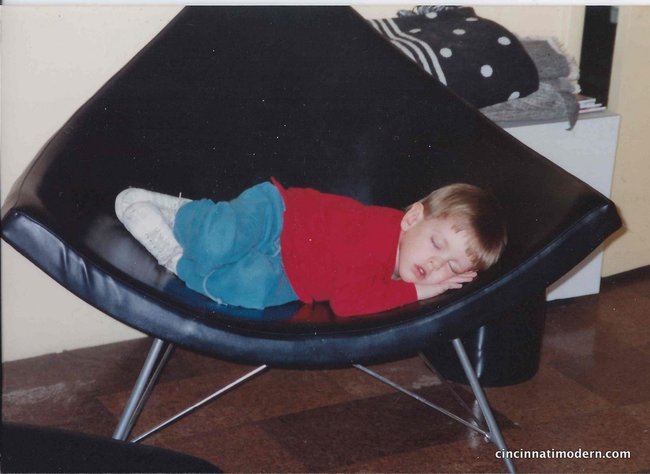 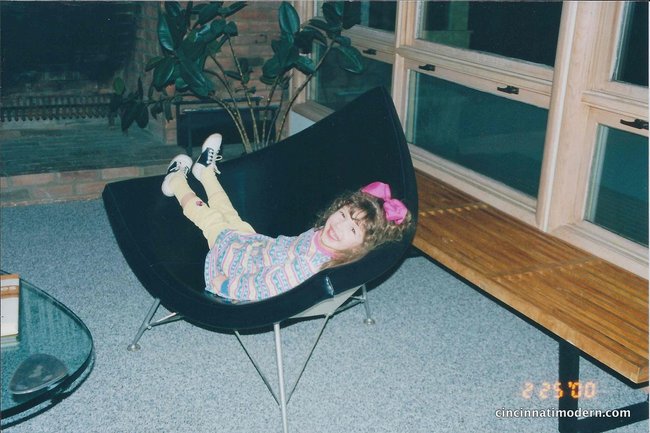 Daughter Tenley, just shy of her 3rd birthday in 2000. 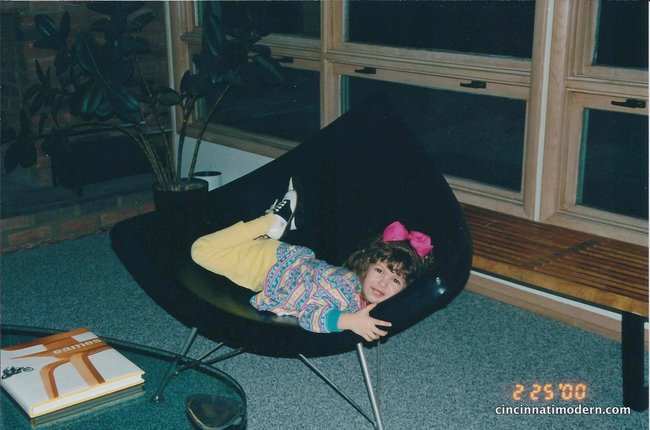 Tenley showing that the chairs are comfortable so many ways! 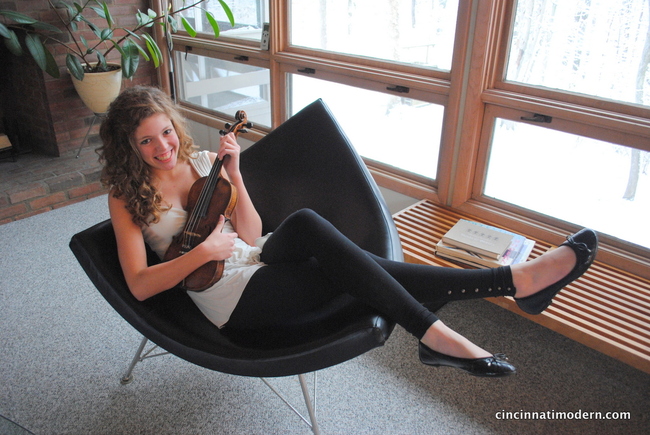 Daughter Tenley when she was 13 posing with her violin (circa 2010). 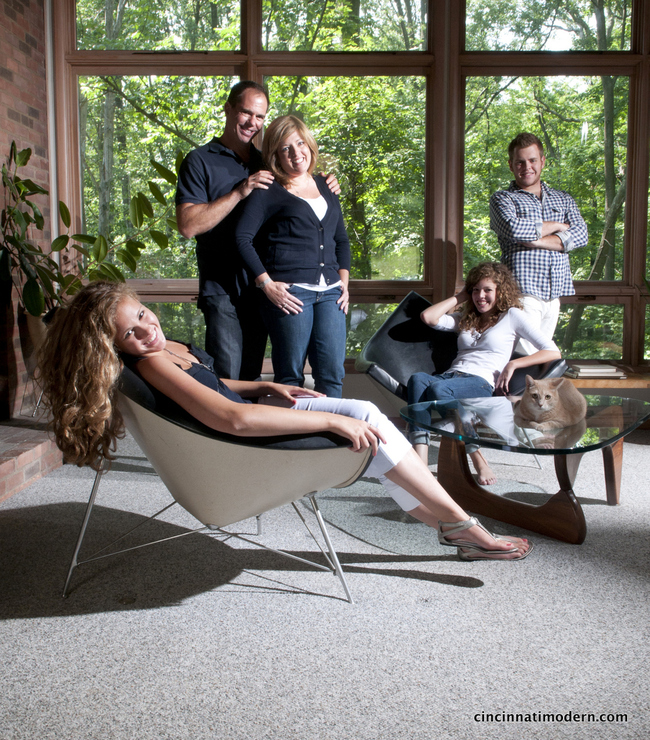 Our family photo for Best Magazine with daughter Kirsten (then 18) in the chair in the foreground, and Tenley in the background (circa 2010). 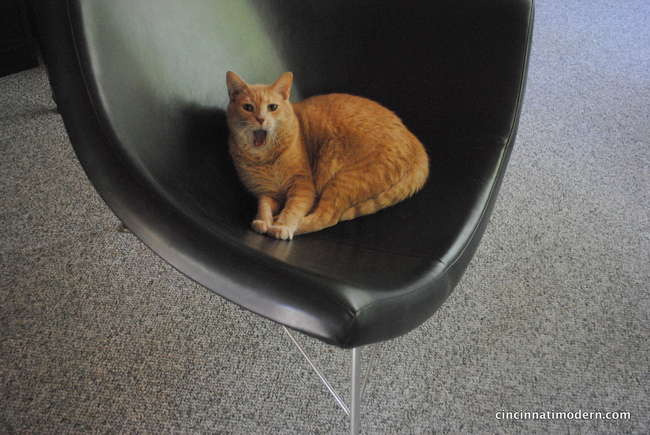 Our cat Harper circa 2011 proving that orange cats LOVE to nap on coconut chairs!