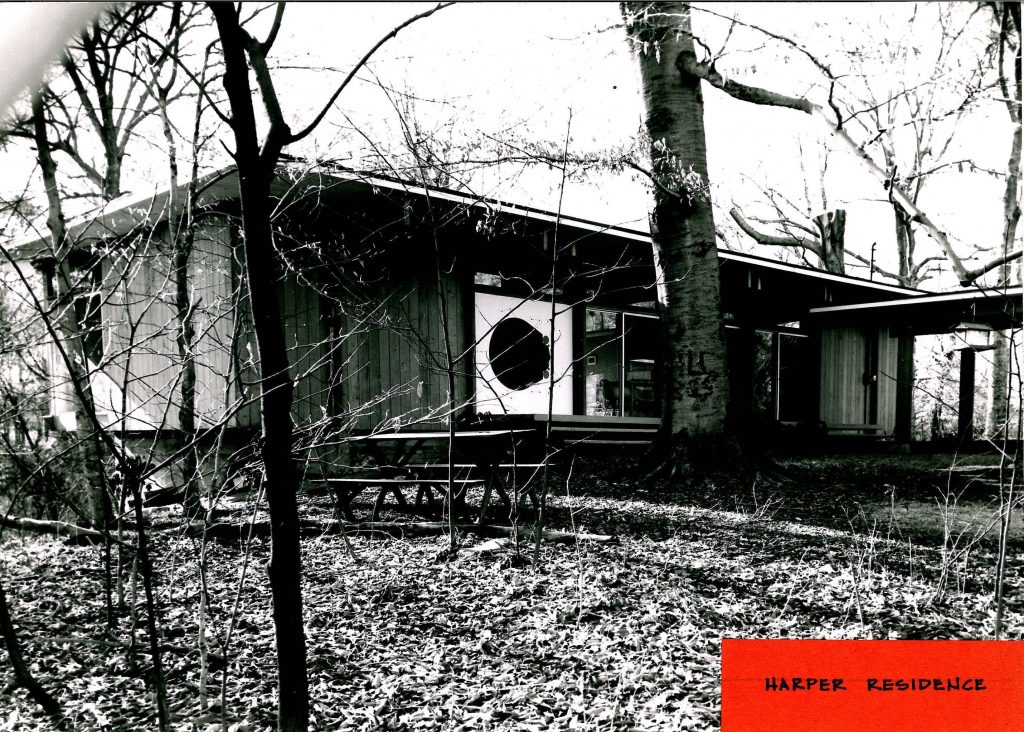 We were so happy to see the article about the Harper House in the current issue of House Trends Magazine.  This iconic Cincinnati Modern home was the personal home of artists Edie and Charley Harper and their son Brett for 50+ years and is now home to the Harper Art Studio, where art and nature live on in harmony. 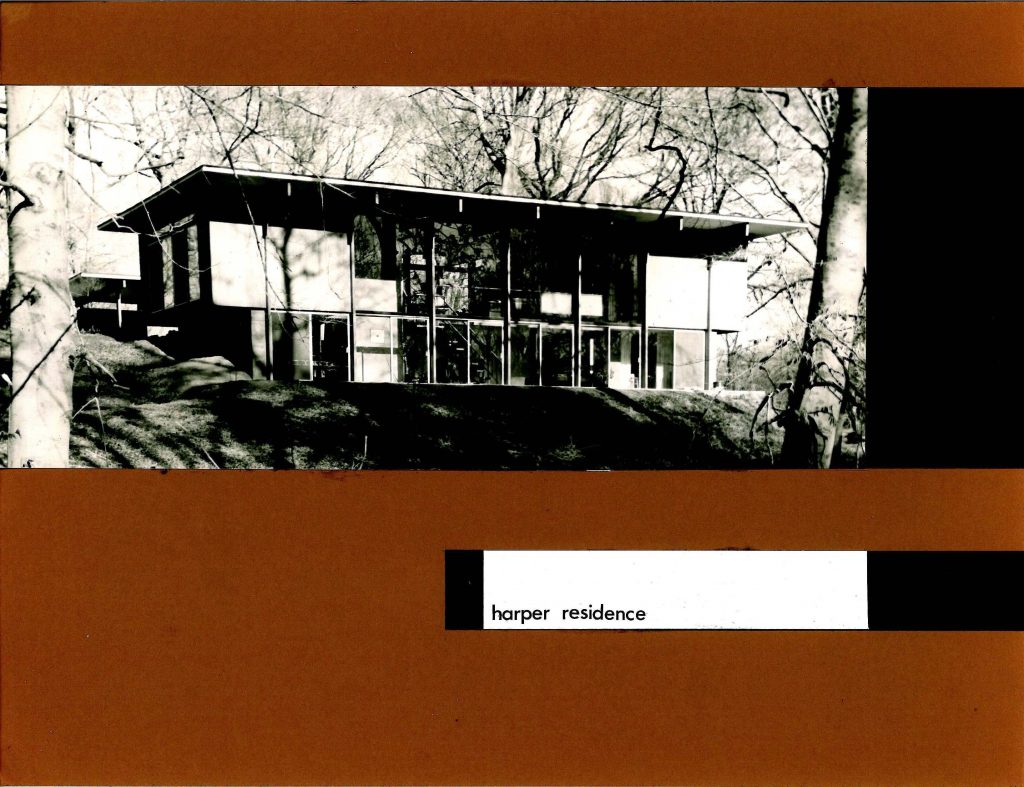 One glaring omission to the article, however, was the designer of the home, architect Rudy Hermes.  Like the Harpers, Hermes was a local boy with a modern vision who was, perhaps, a bit ahead of his time.  The Harper-Hermes collaboration resulted not only in this striking home (seen here in these vintage photos) but a fun assignment for Ford Times Magazine in 1959 entitled ‘A Wonderful World of New Fords.’  Modern dwellings that defied gravity and logic were placed precariously in, over and around natural wonders of the USA – all to showcase the NEW 1960 Fords!

If all this leaves you wanting more Harper, be sure to visit their booth at the 20th Century Cincinnati Show this Saturday and Sunday (11-5) at the Sharonville Convention Center  Prints, originals, books, cards and other Harper merchandise will be available for purchase.  Feel free to shop first, for Harpers, furniture and other vintage items – but don’t forget to stop by and say ‘hi’ to us, too.  We’ll be there all weekend! 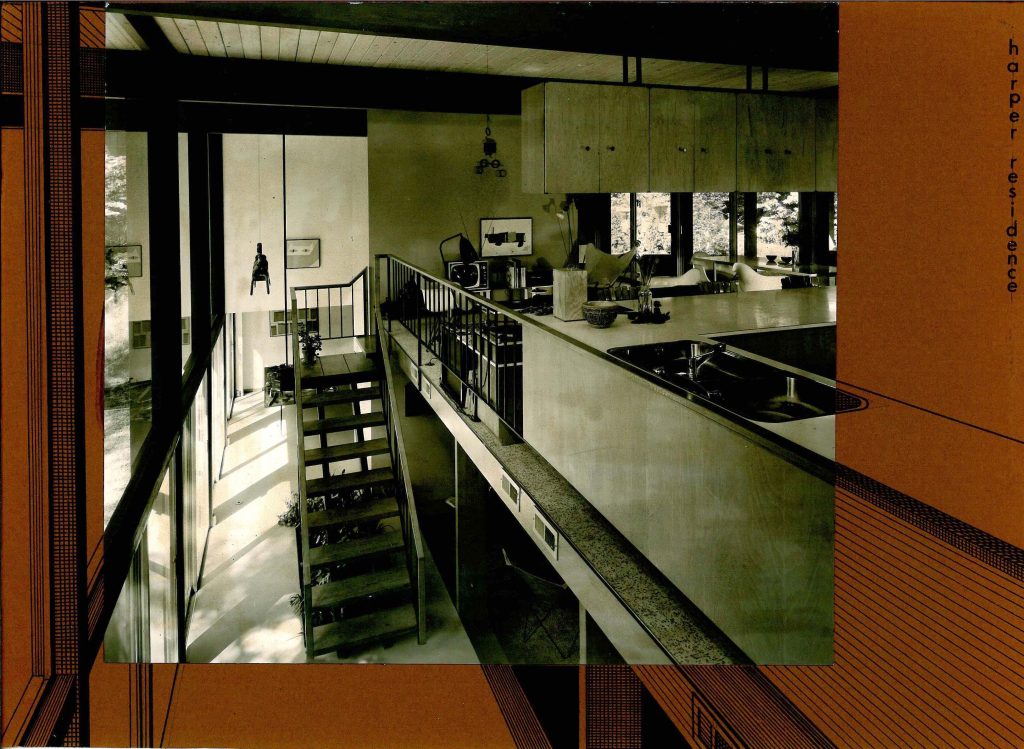 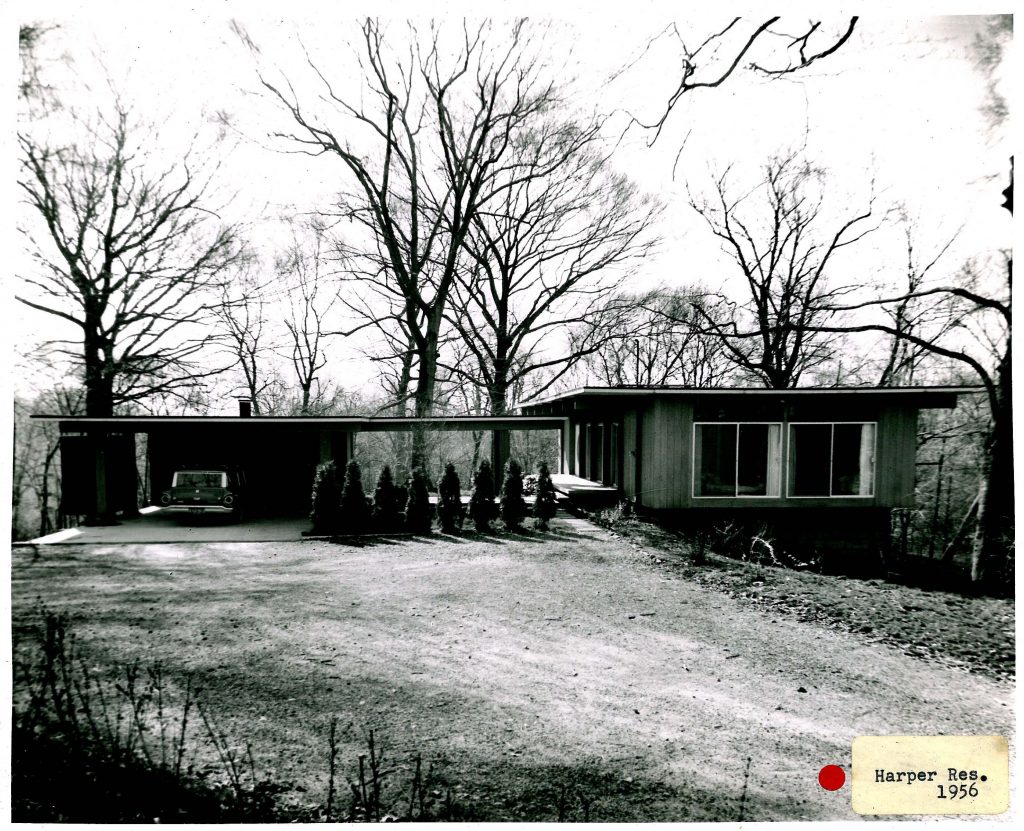 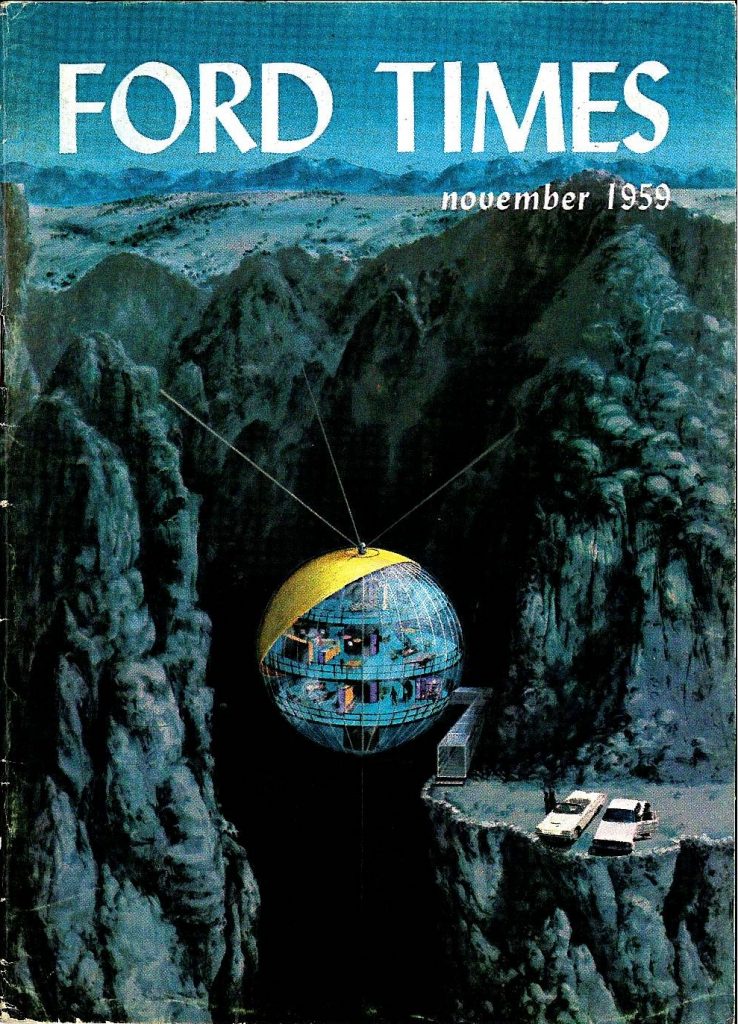 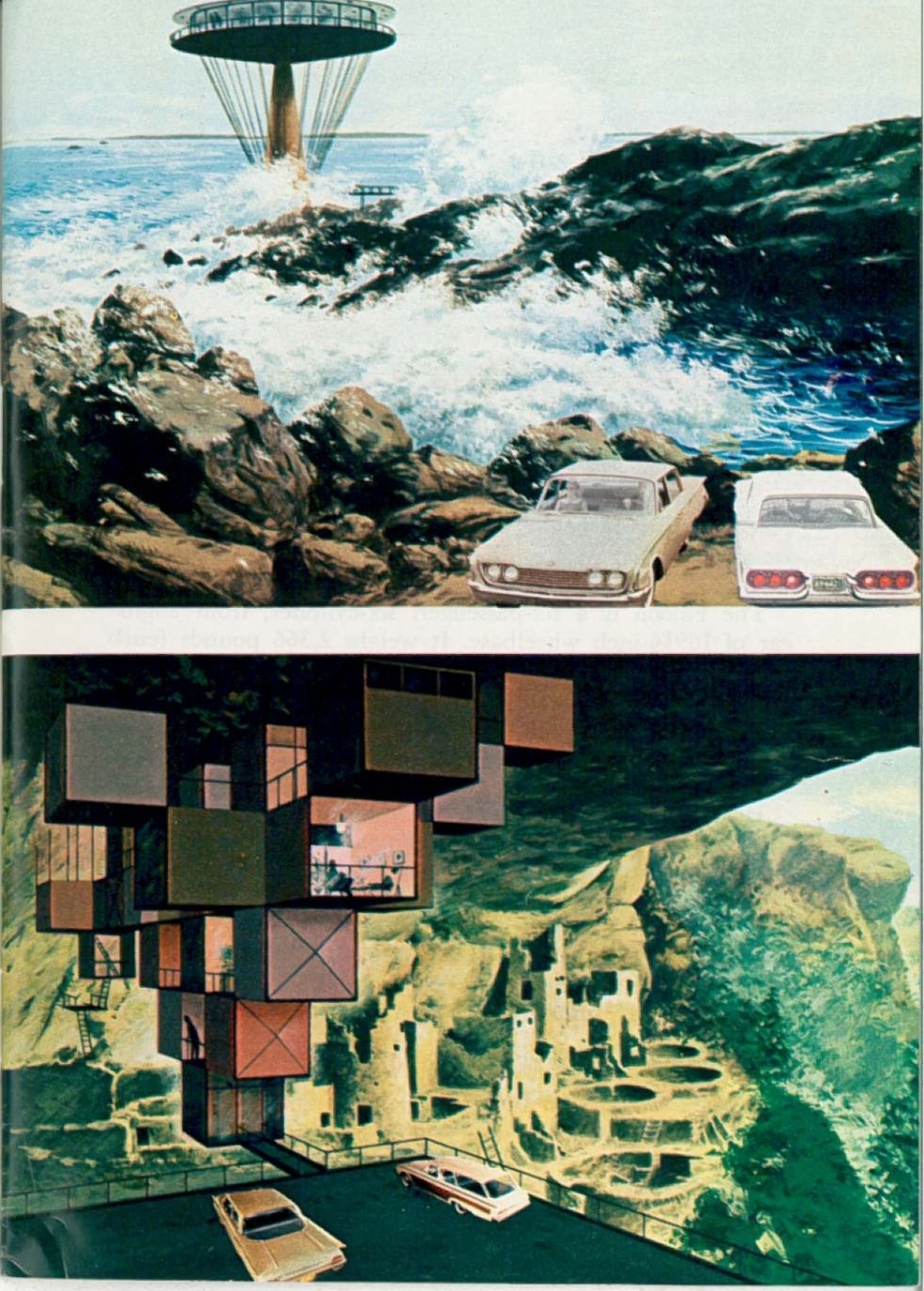 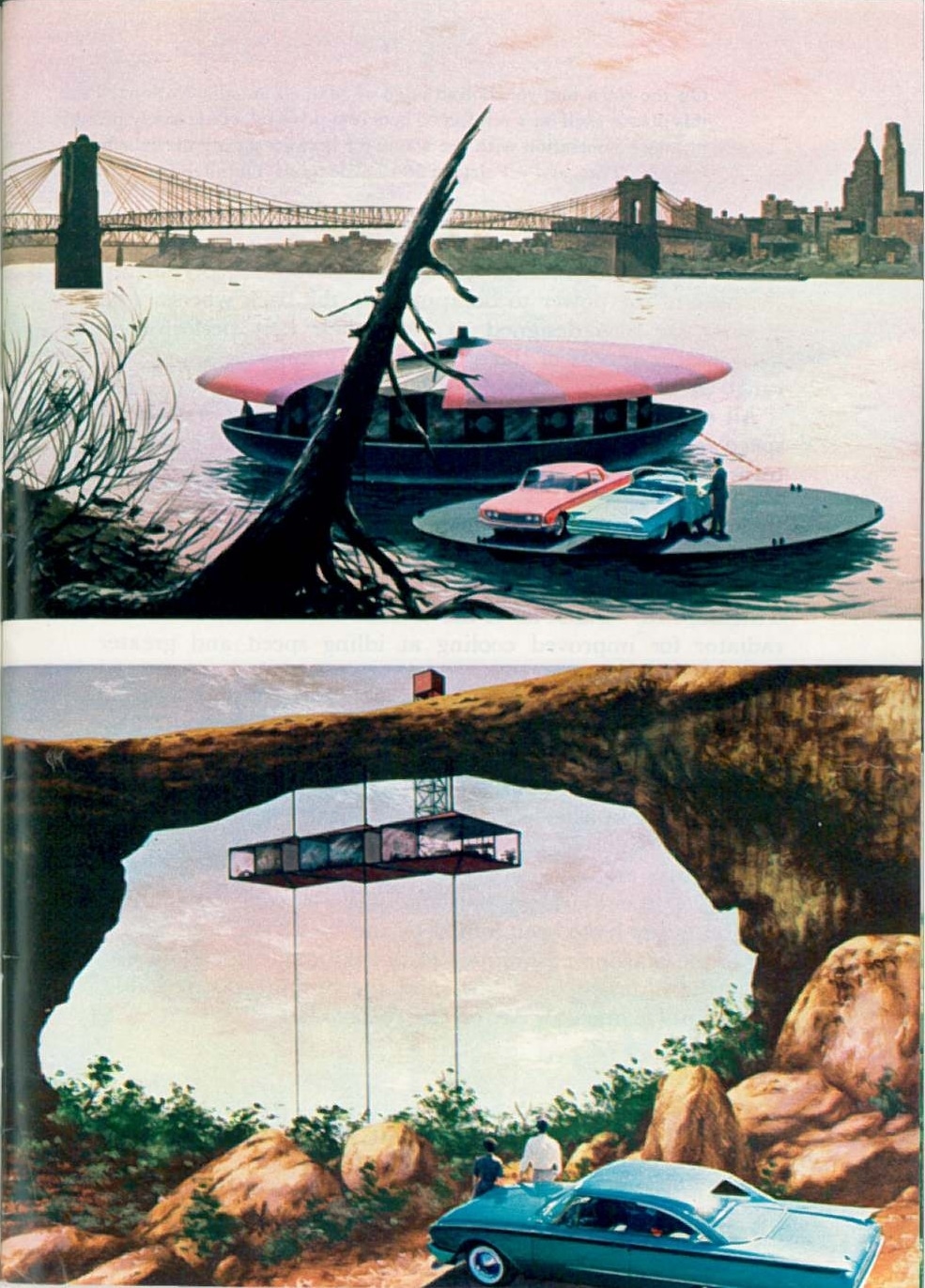 recognize the setting for the top home? it’s on the banks of the ohio – right about where ‘Hooters’ is now!

oh, and don’t forget to notice the NEW 1960 fords in the drawings! yowza!