in the beginning, part 1

I’m waxing a bit nostalgic on the eve of the 14th anniversary of cincinnatimodern.  Although I was licensed as a Realtor in 2003 and Arlen was still working in the mortgage industry, cincinnatimodern has always been a group effort. In 2003 we had 3 kids at home, and everything we did was a choreographed dance of picking the kids up and getting them to various activities, violin practice, family dinner, homework.  No Realtor ever does it alone because our industry runs on the assumption that we are always available, 24/7.   Tenley, who was 6 at the time, knew to be on best behavior when mommy was on the phone.  The original cincinnatimodern team was the 5 of us, with real estate signs in the minivan, and open houses scheduled between swim meets. 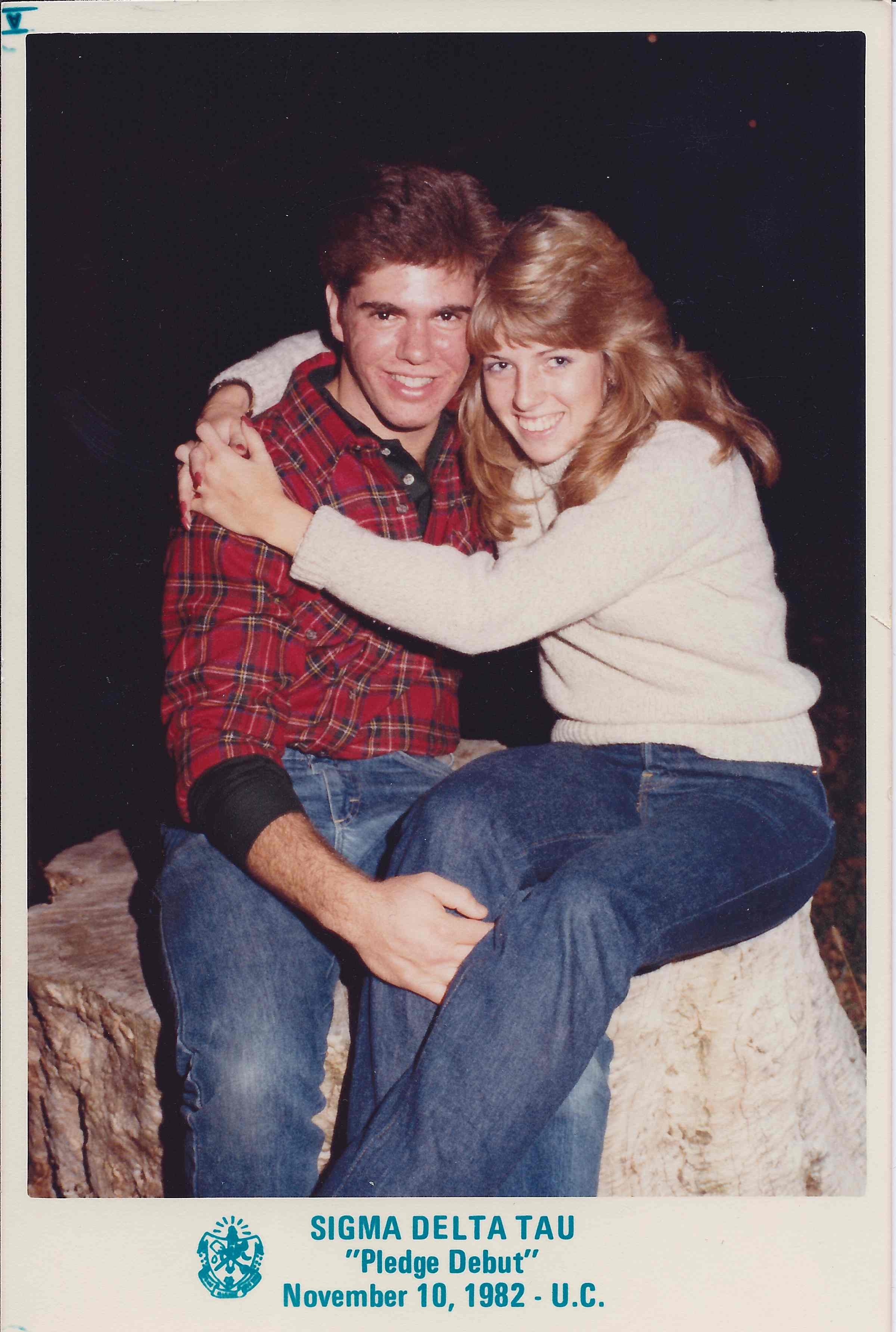 But before that, Arlen and I had a long history of dabbling in design and home renovation.  I like to say I was born modern.  It’s no secret that I have always been attracted to good design.  Arlen and I met our freshman year at UC, in 1980, while living in twin midcentury dorms (Calhoun – the ‘boys’ dorm, and Siddall – the girls’ dorm) sharing one midcentury dining Hall.   I have to admit that the design of the dorms and dining hall was bit lost on us at the time.  But Arlen’s 1910 fraternity house was another story.  The Alpha Epsilon Pi house was a beer soaked, grease laden party pad.  A full 12 years before the debut of HGTV, there were college students Susan and Arlen, shortening the drapes in the fraternity house (yes, I brought my sewing machine to college with me) and painting the (formerly gross) powder room.  Granted, I may have been driving the bus on these projects, but even our teenage selves knew that the built environment was something to preserve, enhance and make us feel better. 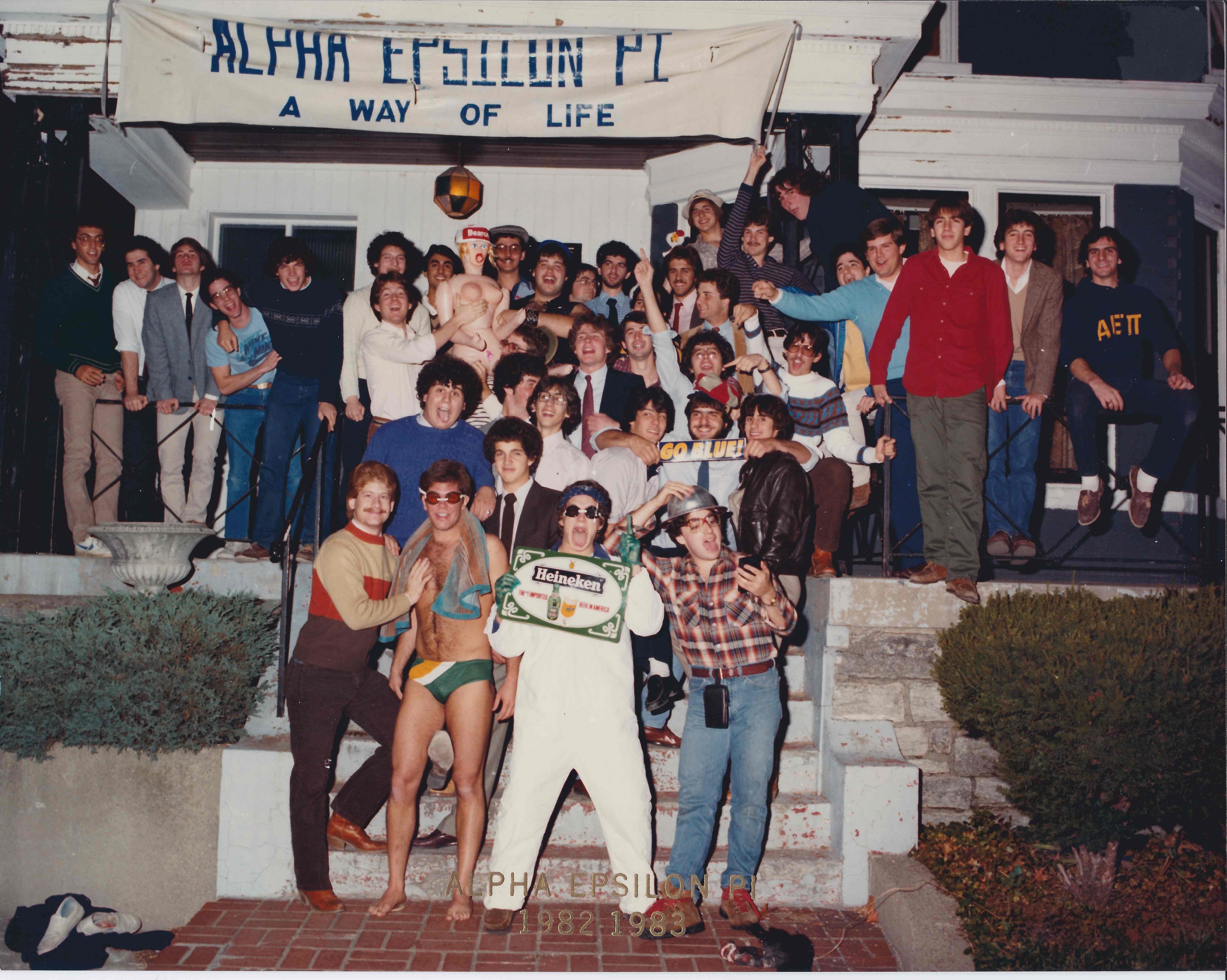 the old AEPi house. that’s Arlen, front row in the speedo (!). you can see the bay window to the right.

So the early stages of cincinnatimodern were somewhat modest.  But any boyfriend who will humor his girlfriend by painting a fraternity house bathroom (white with green stripes) is a really good guy.  And any girl who will haul her ironing board, iron, and sewing machine over to her boyfriend’s fraternity house and shorten 8 drapery panels so they don’t pool on the bay window seat is………crazy?  Or destined to live a life of seeing what things should be, and not being afraid to make it happen.  I credit our success to not being afraid to try new things, and becoming really good at some of them.  Oh, and teamwork.  We have always had great teamwork. 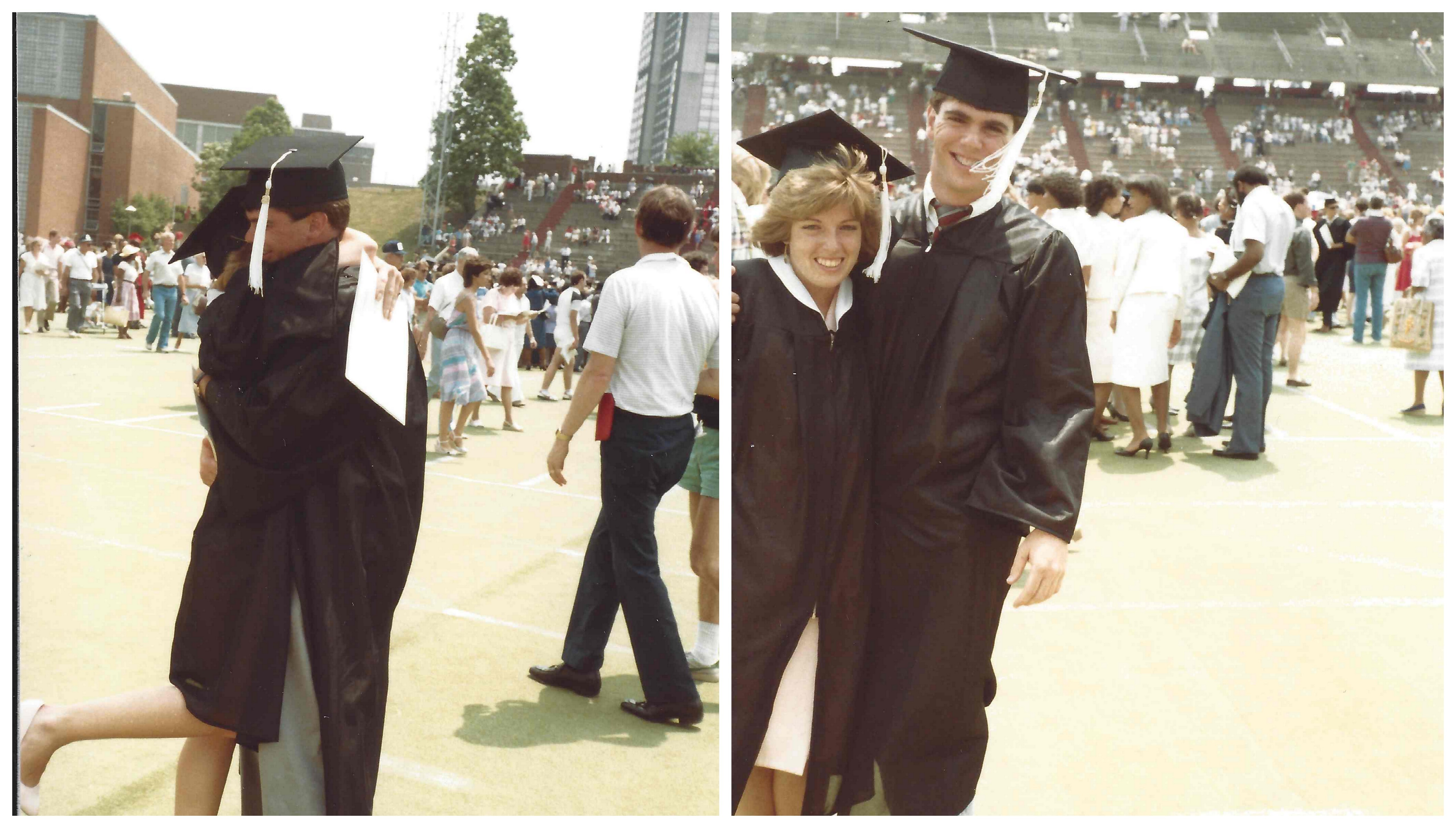 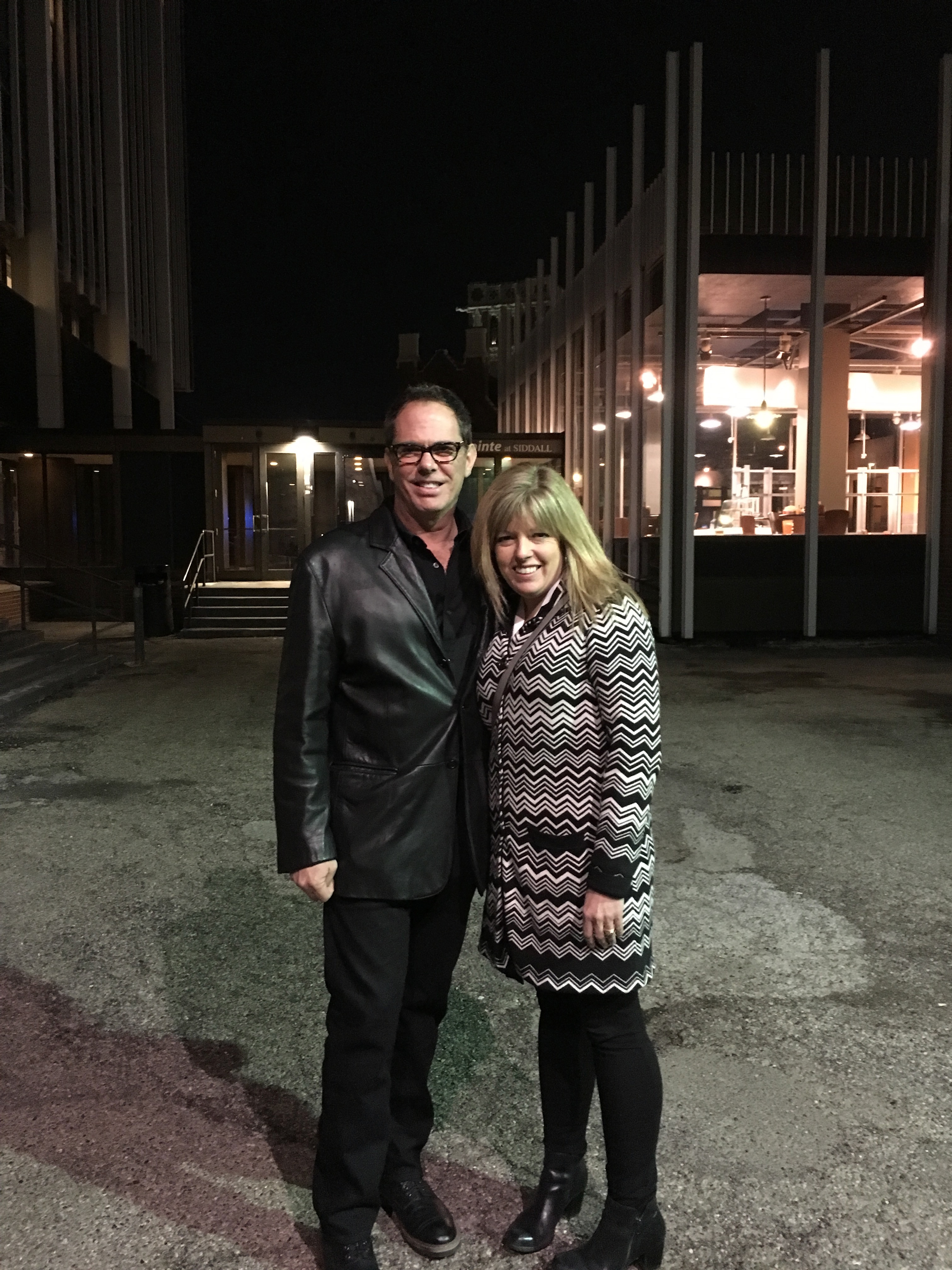 march 2016, in front of the siddall cafeteria where we met 37 years ago. how cool is that metal exoskeleton?!

Sadly, we drove by the old AEPi house last week and this is all that was left of it.  yep, those are the steps from the Animal House pic above. 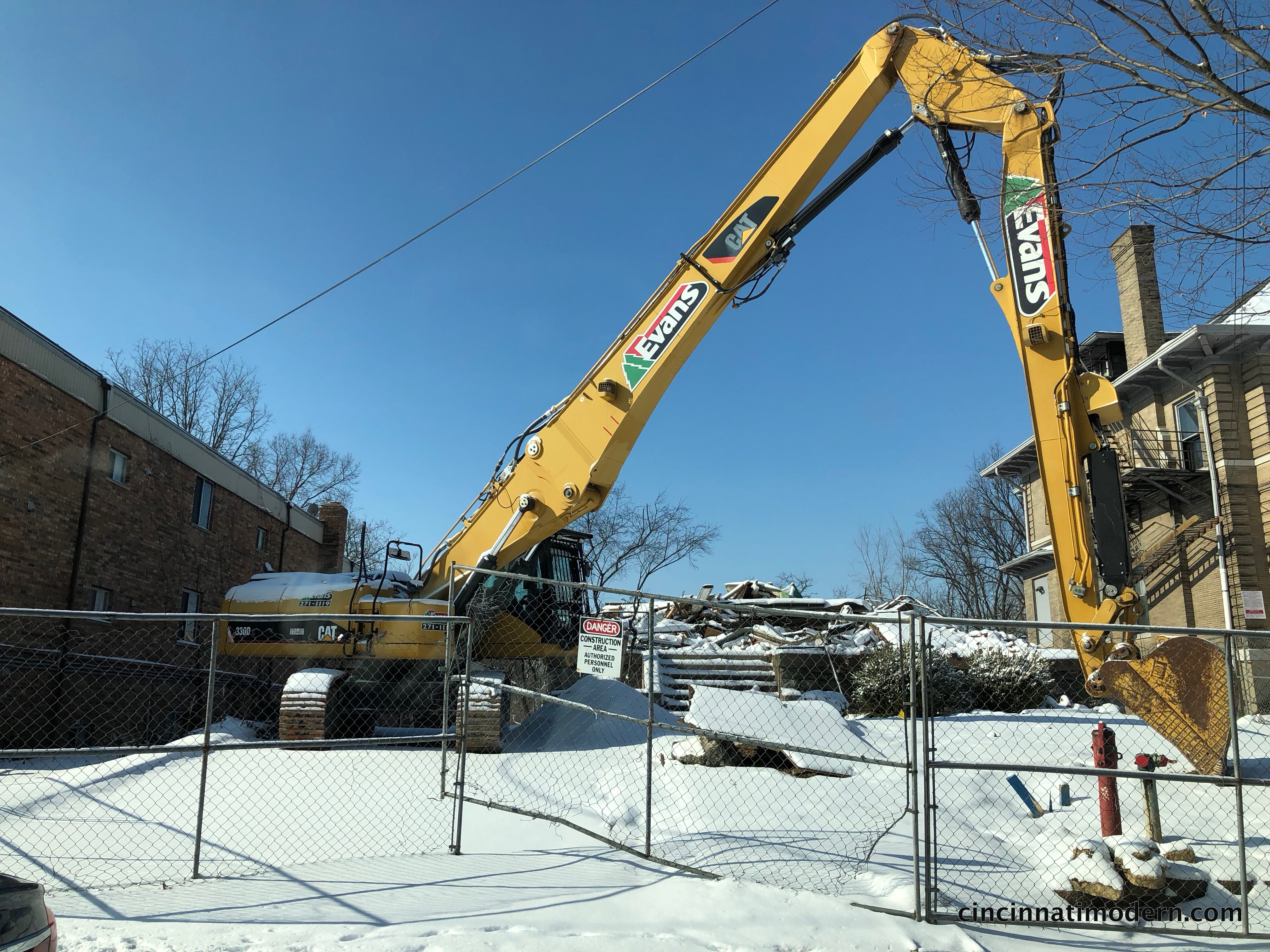 ← for the love of formica cincinnatimodern's favorite things - part VII →