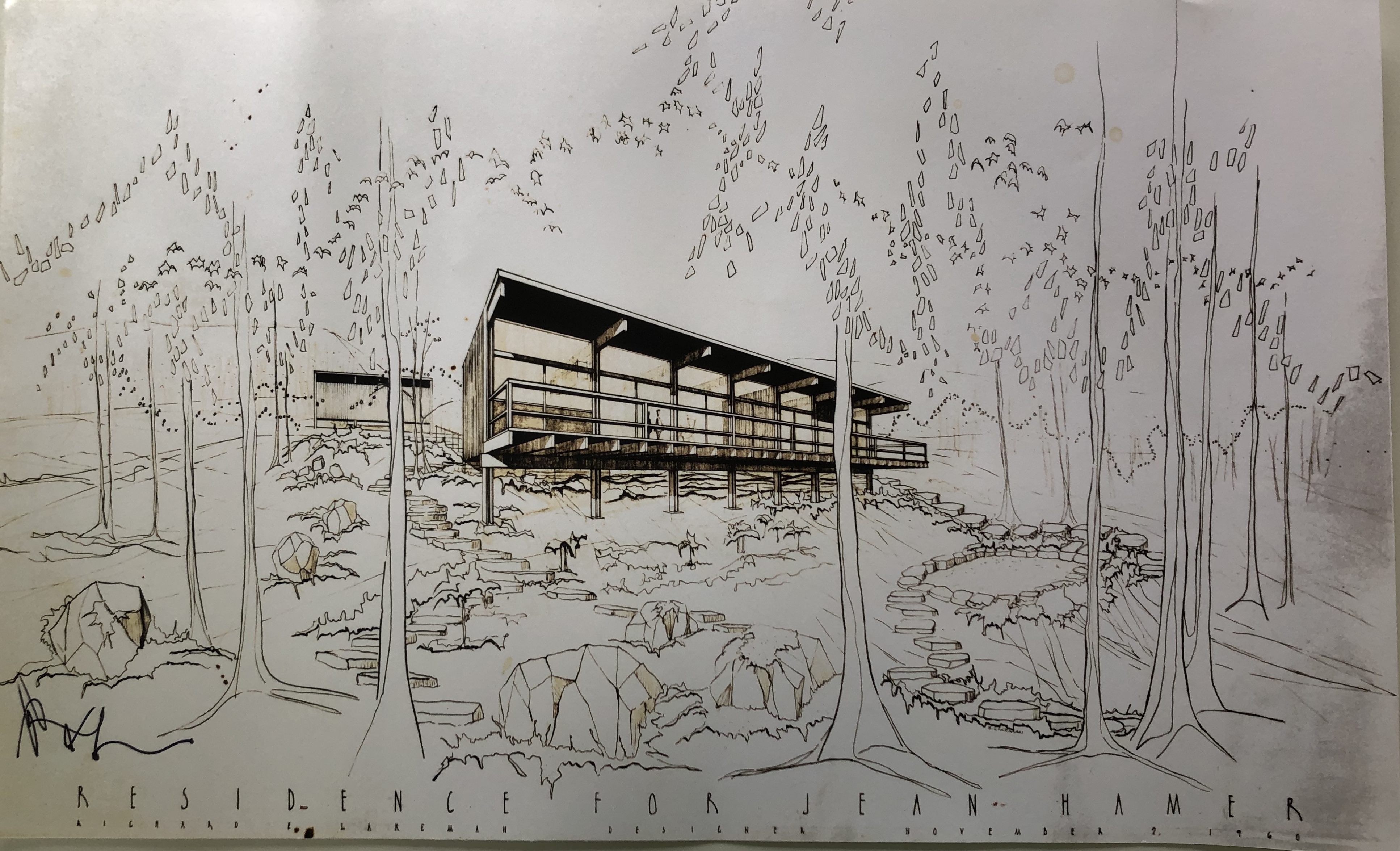 Is he really the last of the great MCM architects who made a lasting impact on the Cincinnati built environment?  It’s quite possible.   I spent a wonderful St. Patrick’s Day morning at The Hamer House (currently owned by Brendan Morrissey), designed by architect Richard Lakeman and built along Congress Run Creek in 1961.  The previous owner of the home, Bob North, tracked Mr. Lakeman down to his current architecture practice with his son Mark in Portland, OR.  Brendan continued Bob’s correspondence and when Mr. Lakeman and his family planned a trip to Cincy to visit relatives, it seemed the perfect opportunity to reunite the man with his work.  I was lucky enough to be invited along, as was Phil Armstrong, managing editor of cincinnatirefined.com (watch for his upcoming story and photos). 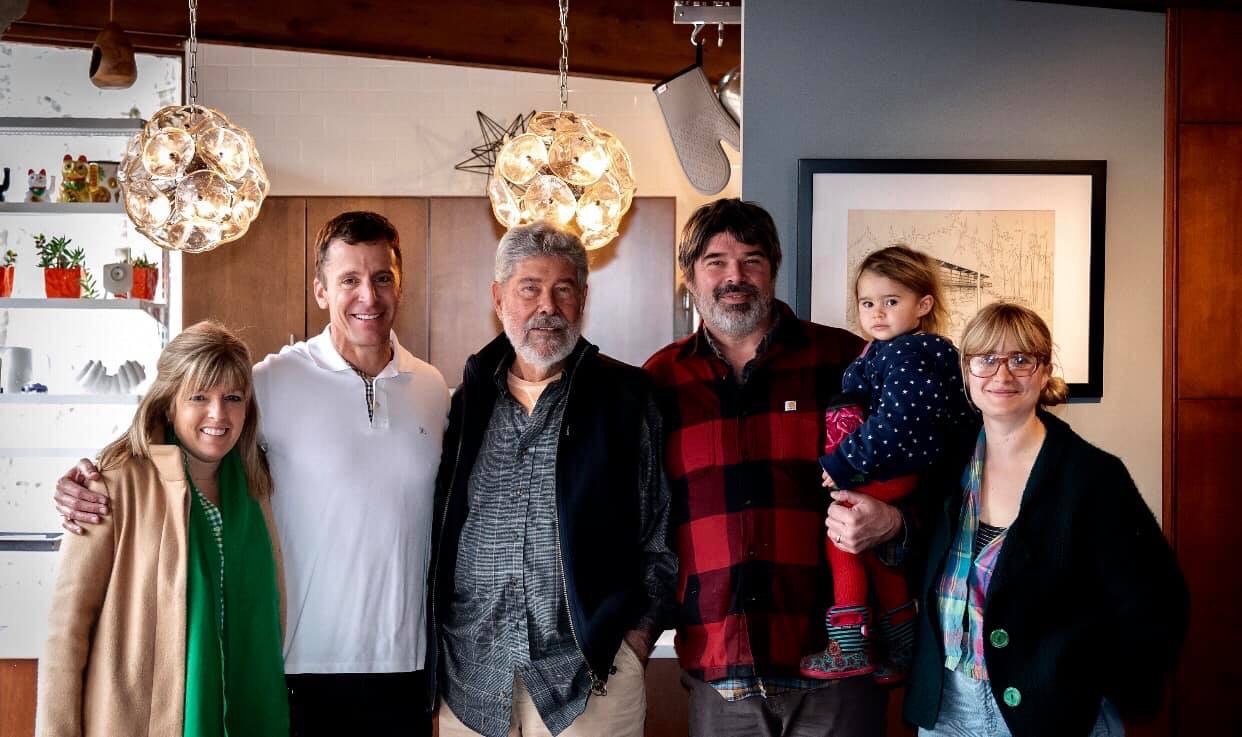 After a frustrating day visiting his childhood homes that were in states of disrepair, Mr. Lakeman, a spry 89 years old, was visibly moved to see one of his earliest projects – designed when he was just a student of architecture at the University of Cincinnati – in magazine worthy condition.  He told us of taking over “Mike Graves” desk at the office of Carl Strauss & Ray Roush and interning there for a year.  Yes – it was that Michael Graves, just one of many who made their way through that office and blessed Cincinnati and beyond with their “Harvard Box” Bauhaus inspired designs.  Mr. Lakeman himself designed 3 homes in Cincinnati (two along Congress Run Creek), and worked on several Strauss & Roush projects including the gorgeous (RIP) aquarium building at the Cincinnati Zoo & Botanical Garden, and designing a bomb shelter under the swimming pool of a private residence (?!) before leaving town to start his own very successful practice. 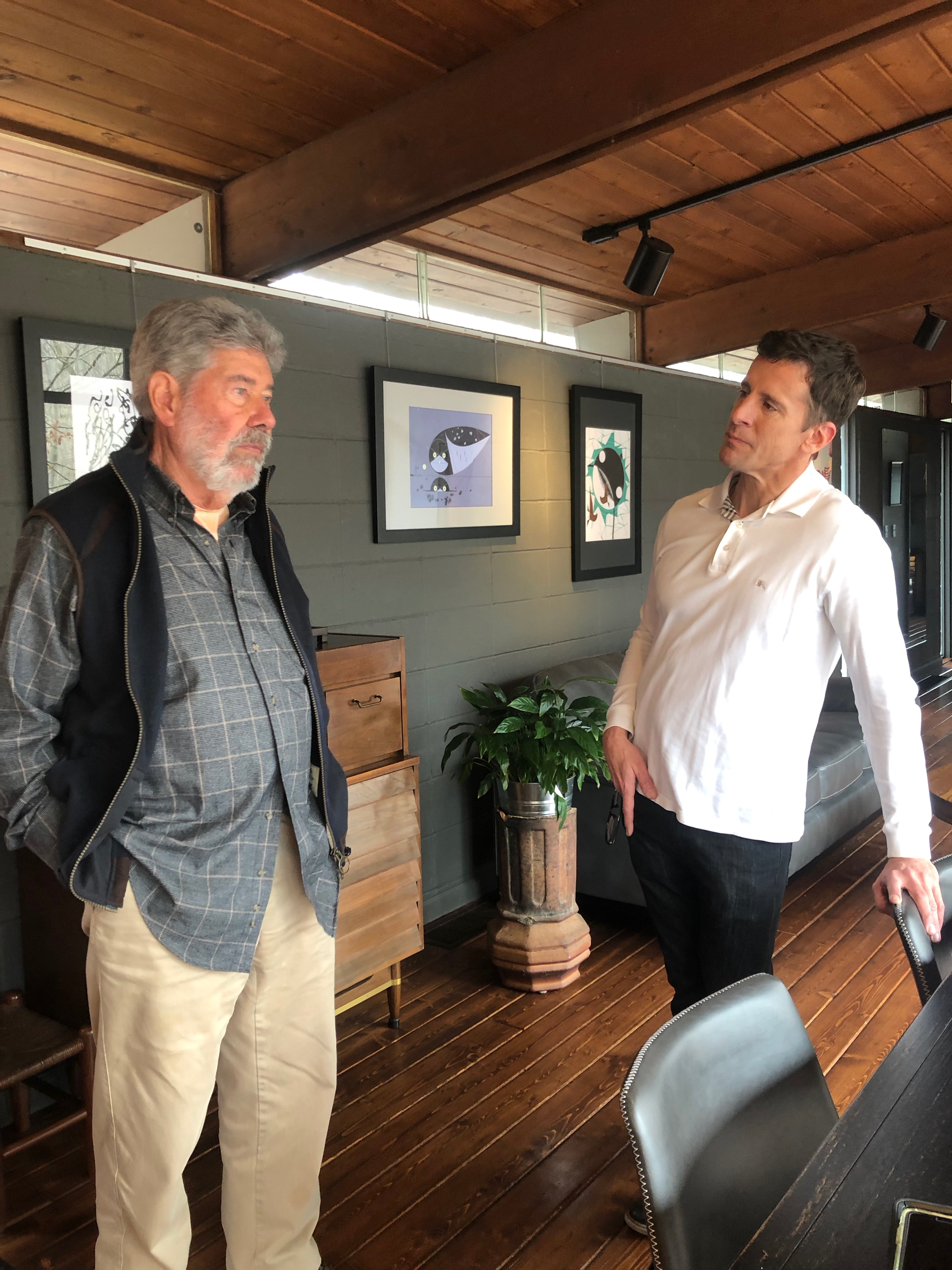 His recall of this house, the setting and its construction were as if it were built last year.  He designed the simple 885 sq ft. post and beam house for Jean Hamer, rare books curator at the Public Library of Cincinnati and Hamilton County.  Ms. Hamer was on a strict budget and the student architect was eager to please and incorporate the modern solar design he was – and still is – passionate about.  Nancy and George Fanady saw this home under construction and liked what they saw so much that they hired Lakeman to design their house on the creek, too.  The terrain along this creek is so challenging that creative modern architects were required to even consider it buildable. This exclusive enclave of 14 MCM homes became a veritable “who’s who” of Cincinnati architecture with homes by Lakeman, Benjamin Dombar (including his own home), Richard Peacock (his own home), Robert Dayton (his own home), Abrom Dombar, Richard Wheeler, Rudy Hermes, and Ray Roush. 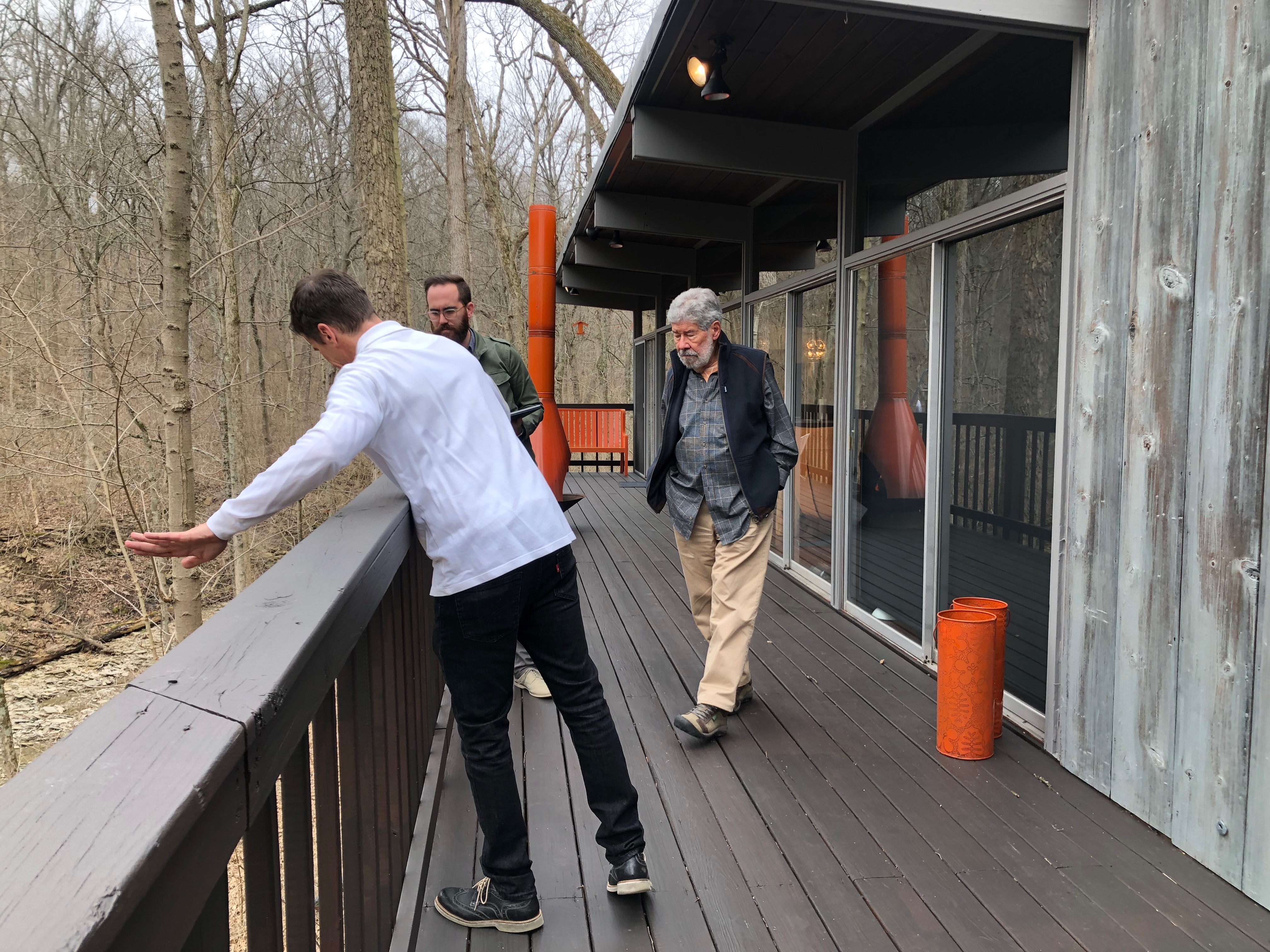 The Fanadys loved their Lakeman house so much, they had him design their next house in Sausalito, CA.  I know Bob North is looking forward to building his new version of a Lakeman house one day when he returns to Cincinnati.  And Brendan has already stated that he plans to live in this house forever.

As for me, it is an honor and a privilege to be able to work with these wonderful homes and get to know their owners and their stories.  And today’s trip down memory lane was better than a trip to Disneyland in my book.

link to listing when we SOLD this house last year

← we found the 'Wright' buyer! don scholz & the american dream →