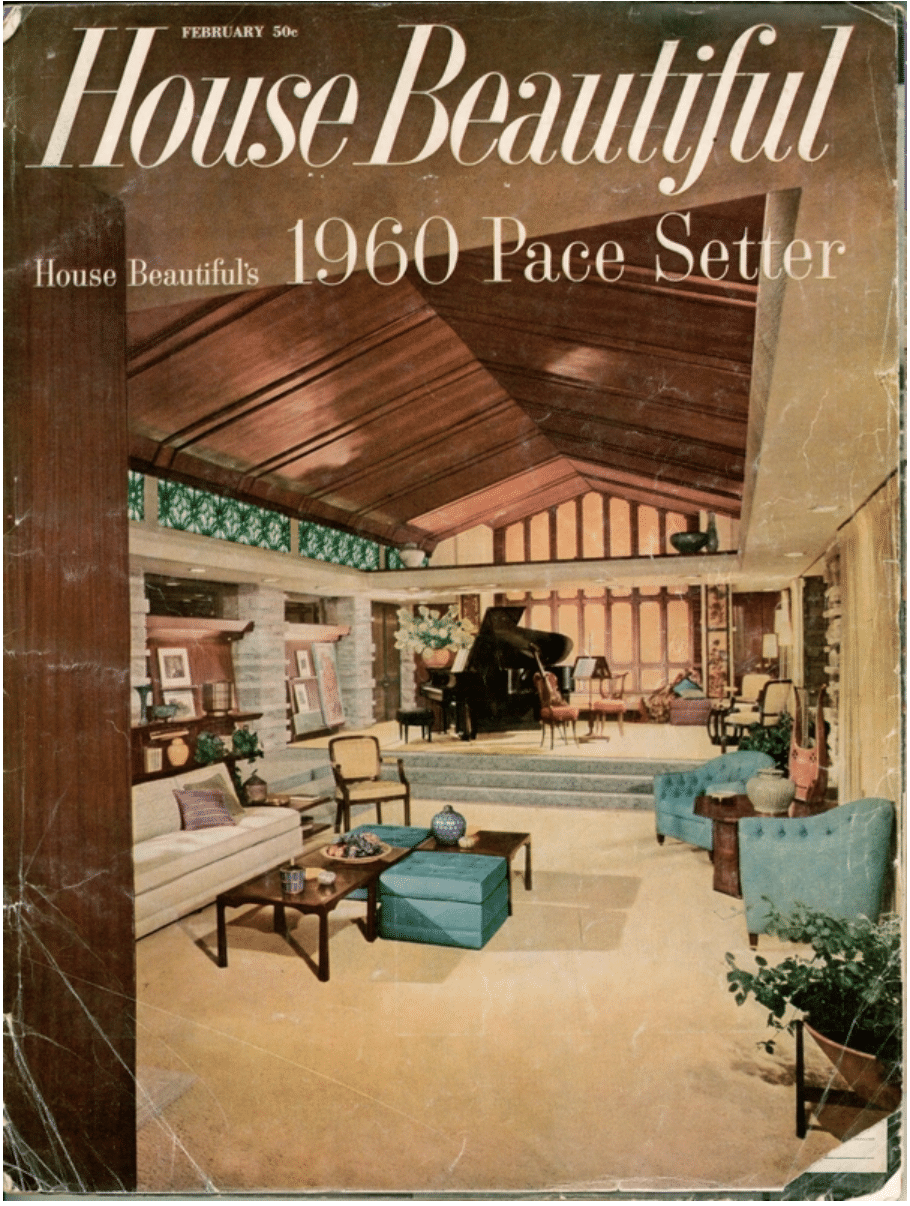 There are several new MCM listings of note this month – kind of unusual for December.  Ben Dombar’s signature masterpiece ‘Good Living’ is on the market again after selling a couple of years ago (see link to the left for more info on this fabulous home) – if you missed it last time, here’s your chance! There is also a Ben Dombar fixer upper in North Avondale with a lot of potential, a way cute MCM ranch on the west side and an interesting looking place in Hamilton (see MCM link to the left for all of these listings).  Another home of note (no pun intended) just hit the market for the first time ever – the Corbett house!

Built in 1959 as the House Beautiful Pacesetter House of the Year (Feb. 1960 issue – see above), this state of the (then) art masterpiece is in largely original condition.  The home sits on over 5 acres of prime riverview property on Grandin Road at Edwards Rd. in Hyde Park.  It was designed for NuTone owners and major Cincinnati arts benefactors Ralph and Patricia Corbett by architect John deKoven Hill.  At the time, deKoven Hill was ‘on loan’ for a year from the Frank Lloyd Wright Fellowship to be acting editor of House Beautiful.  A little nepotism, perhaps?  Perhaps, but the result was a way cool home built for living (with his and hers master suites), entertaining (with special music performance areas) and recreation (yes, it even has an indoor pool!).

All of the ads in the featured issue of the magazine were tie-ins to the materials used in the house.  The Formica ad featured the home’s kitchen (complete with a ‘boxer shorts’ inspired Formica print on the cabinet doors); a Bell Telephone ad introduced the first ‘princess’ phone used in ‘her’ master suite; Of course, NuTone products (intercoms, sound systems, doorbells, built in kitchen appliances) were also prominently featured.  Even the roof and extensive use of mosaic tile were featured in ads.  The list goes on and on.

With Mrs. Corbett’s passing last year (at age 99!), the home sits as a 1960 pop culture time capsule, with a $1,995,000 price tag.  As with so many other significant MCM homes, has the value of the land has far outpaced the perceived usefulness of the house?  What will become of the Corbett’s modern castle?  It’s too bad that some of that Corbett Foundation money, which funded so many Cincinnati music and arts organizations for so many years (including my childrens’ Cincinnati Public Schools Suzuki program for which I will forever be indebted), could not be structured as an endowment to sustain this property for all to enjoy.  Maybe Cincinnati could take a cue from the Miller Family and the Indianapolis Museum of Art who are working together to open the Eero Saarinen designed Miller House in Columbus, IN to the public.  It’s about time Cincinnati had one of our modern treasures preserved and open to the public for all to see! 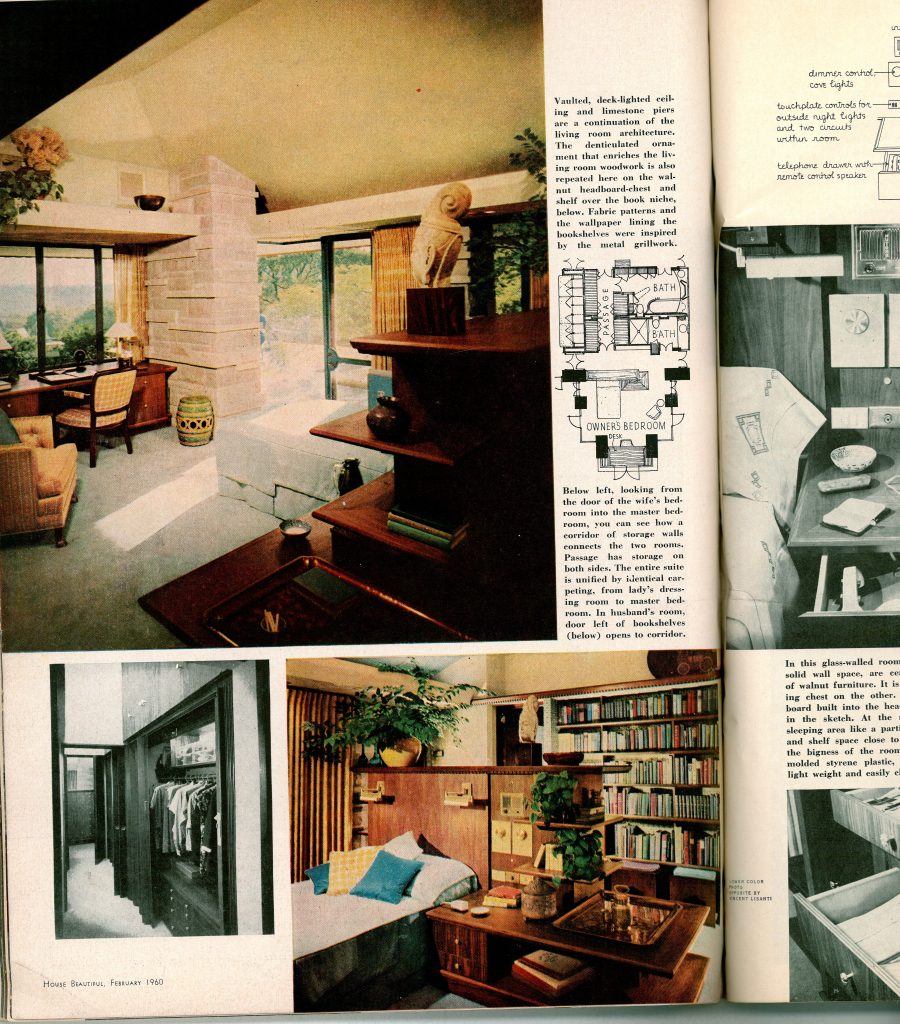 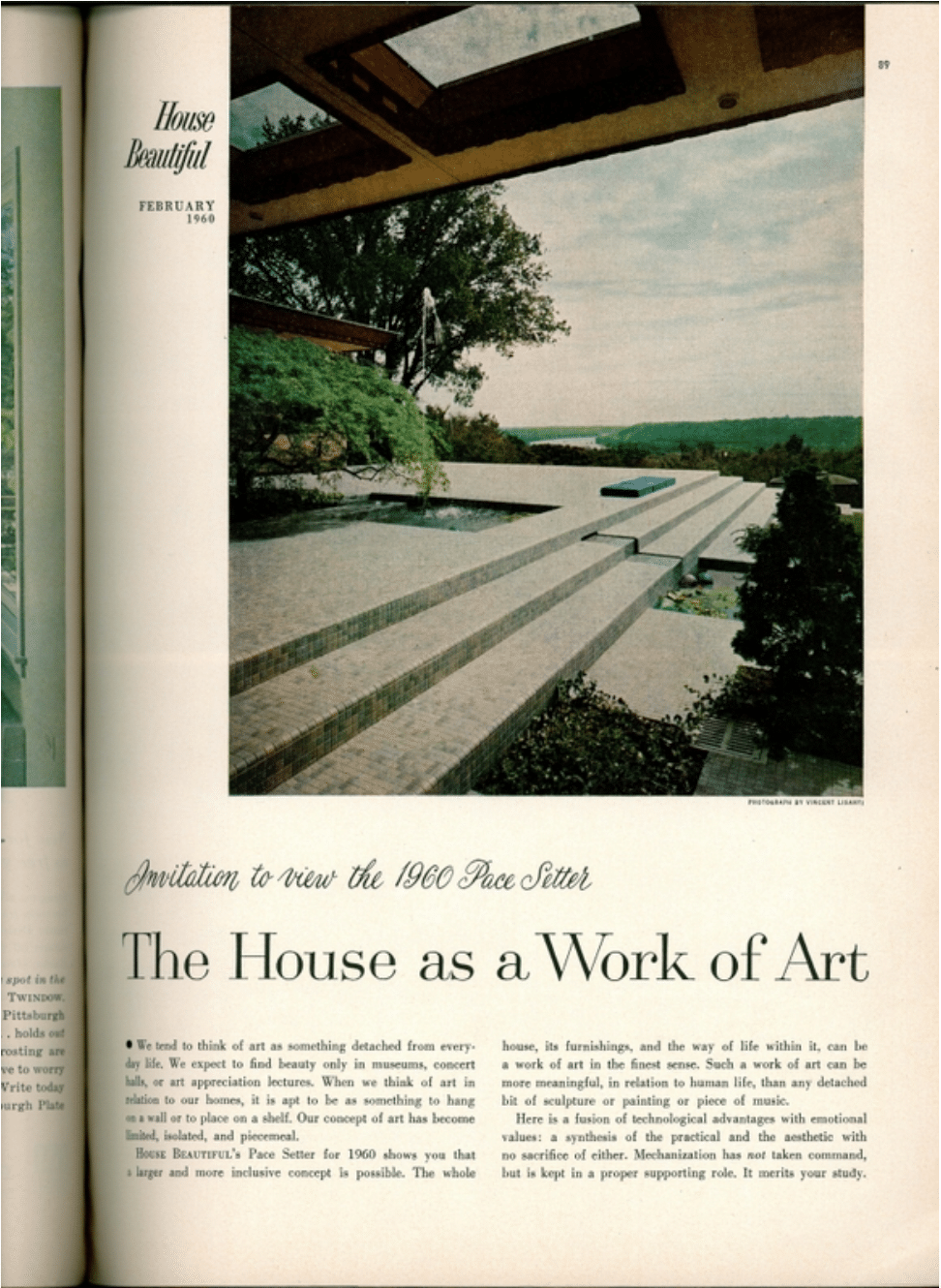 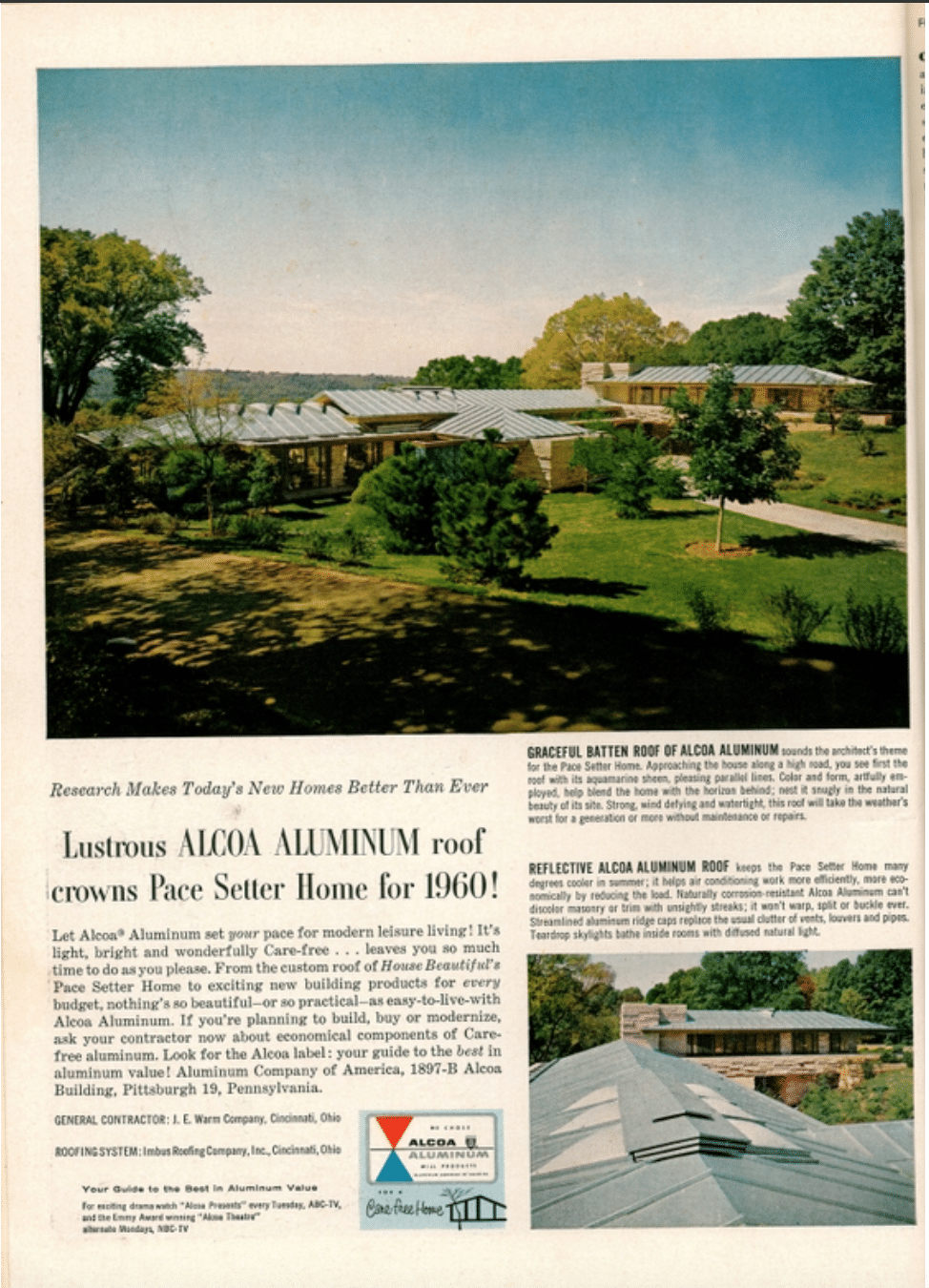 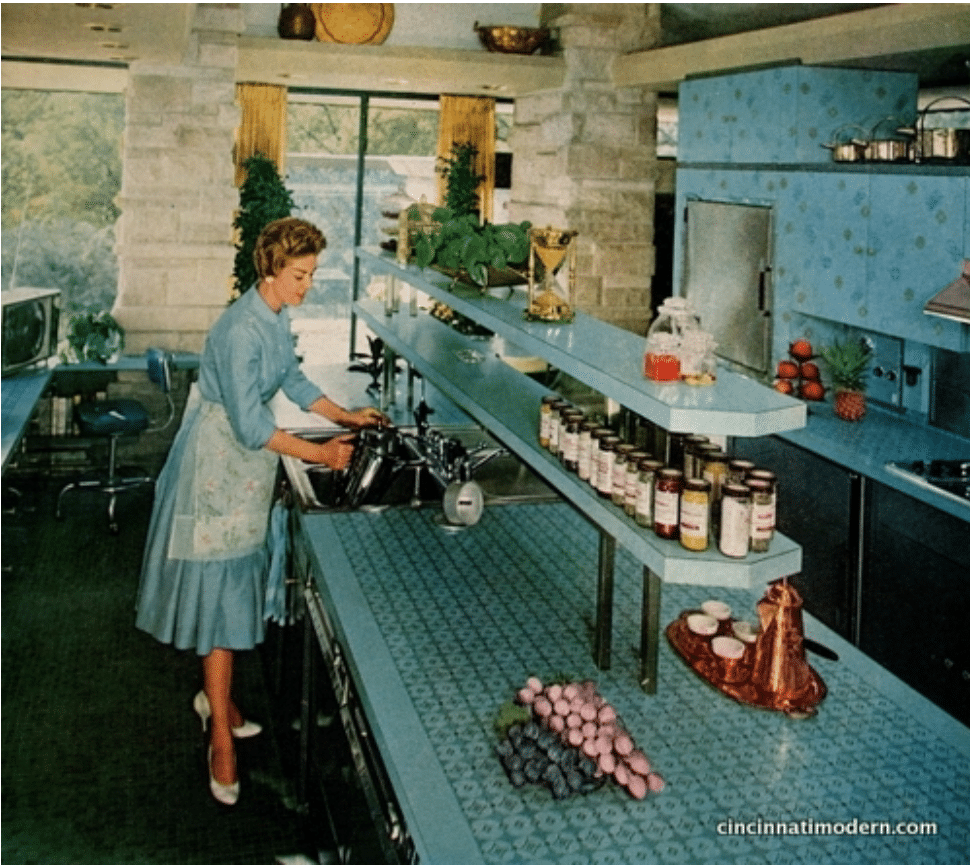 This wonderful home went pending today!  Rumor has it that the sympathetic new owners will be restoring the home and possibly allowing Cincinnati Preservation and hopefully cf3 members to tour the home before the work begins.  Score one for modern preservation!

Wondering who the Corbett’s were and where all that money came from?  Click here for the story of this fascinating and uber generous couple.