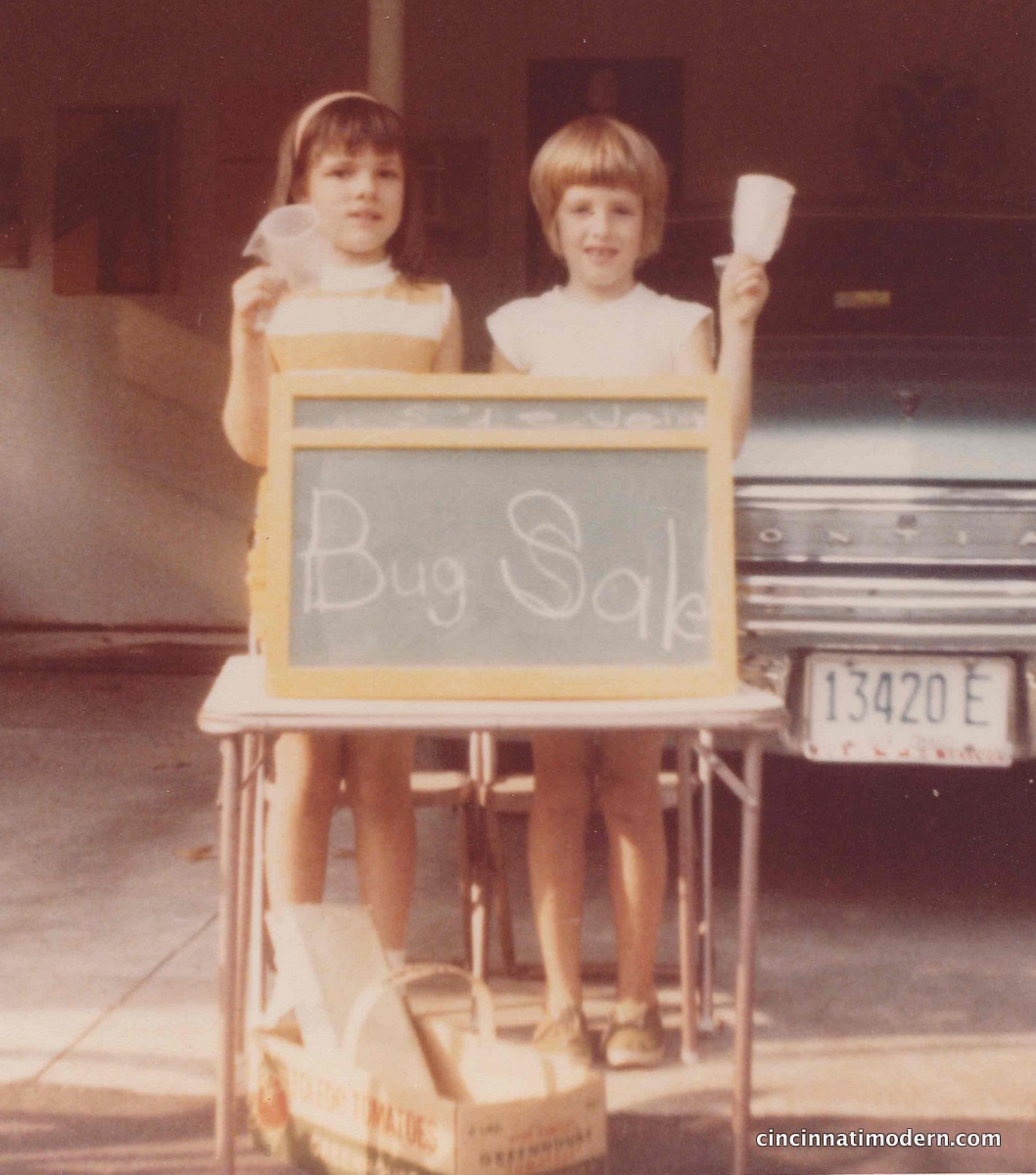 my friend Jenny and me selling bugs in the neighborhood, circa 1969

I grew up in Suburbia in the 1960’s and 70’s.  It was an idyllic ‘Wonder Years’ kind of childhood, where there were 6 girls on my block, all the same age and we all went to the same school.  We explored the woods, played on giant piles of construction sand from all of the new houses being built in our neighborhood, sold bugs, and rode our bikes forever.  As long as we were home for dinner, all was good.  But as I was reading the Cincinnati Enquirer this morning, I realized that something was missing from my childhood.  There was a great article by Brent Coleman on identifying Rookwood tile, and I thought of all the Cincinnati homes I have sold, both modern and traditional, and all of the great architectural character and details they had.

And it hit me.  Everything I grew up with was new.  The house my family lived in when I was born was new when they moved in 3 year earlier.  We moved to a brand new house when I was 6.  My grade school was built 1960ish in a faux colonial revival style.  My junior high was roughly the same age (although in a decidedly more midcentury modern style), and my high school…… built in 1976, let’s just say it was late 20th Century penitentiary style.  Very few windows, and the ones that were there were dark and did not open.  What if there was a fire?  Is that even legal? 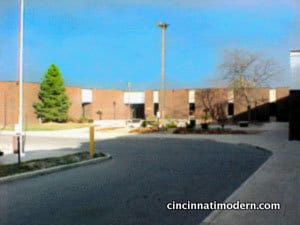 I was born at the end of the baby boom and my Suburbia was hastily constructed to accommodate the burgeoning population.  My schools were completely devoid of any kind of architectural detail.  They were all slab on grade – no steps.  None of my schools even had an auditorium!  The only ‘character’ in my friends’ houses, (all built roughly between 1968 and 1972) were the different patterns of kitchen carpeting (yes, kitchen carpet was all the rage circa 1970 and my entire neighborhood was built with it).  My very cool and cutting edge friend, Linda, had the most awesome 70’s wallpaper and furniture in her house, made even cooler by the fact that the whole family listened to Carly Simon on the Hi Fi.  But surely none of this exists in these homes today. 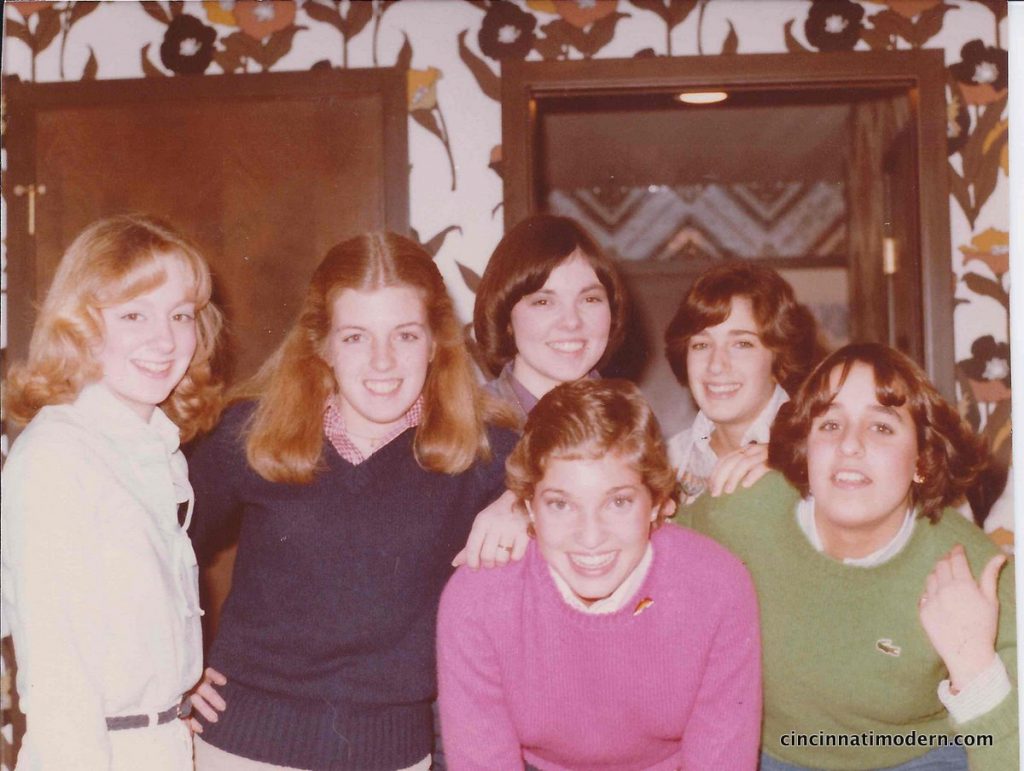 that’s me, second from the left, in my friend Linda’s groovy kitchen, circa 1979

Tile work, such as Rookwood and Wheatley in the early 20th Century, and the more generic mosaics and 4×4 field tiles with decorative borders or accent tiles so popular in the 40’s, 50’s and early 60’s is a lasting testament to the era when these homes were built.  A time when things were built to last, when craftsmanship was an art form, and before everyone was in such a hurry.  The article in the paper this morning talked about a time when Rookwood tile fell out of favor, only to be fawned all over by today’s buyer.  We often get feedback about our midcentury listings that the bathrooms are ‘dated’ or need updating.  I imagine the 1950’s era buyer of a 1928 Cincinnati Tudor felt the same way about their Rookwood fireplace! 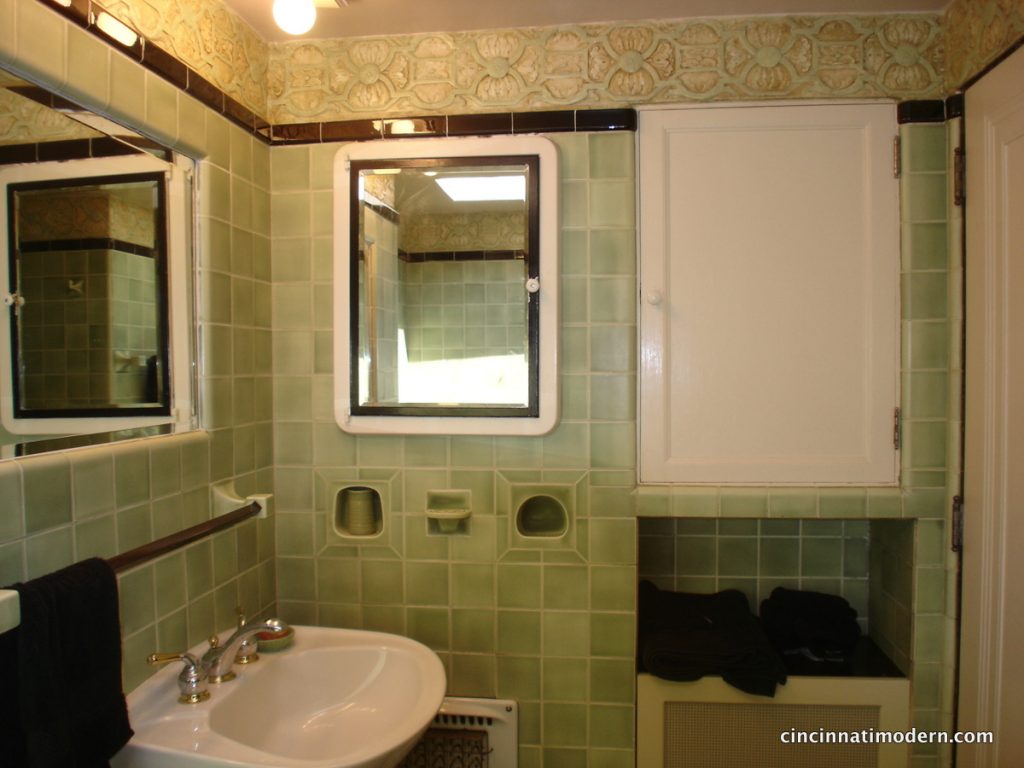 Rookwood bathroom in a Price Hill Tudor, circa 1928. Notice the relief tile (or plaster?) border at the top… 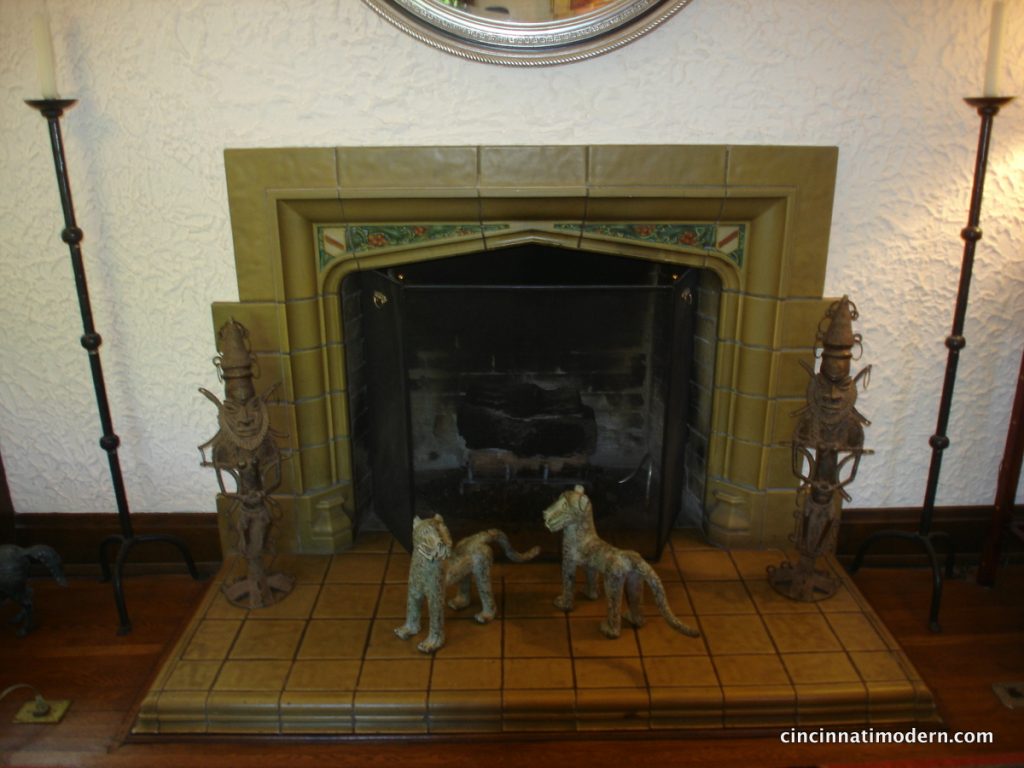 Rookwood Fireplace in a 1926 Tudor in Clifton